Mekk are increasing the size of their range with impressive looking new models for 2015 including the Shimano 105-equipped Primo 6.2 for £2,000.

Mekk like to talk about “affordable performance” and their philosophy is to give buyers the best frame they can offer at any particular price point.

Their rationale is that you can upgrade the components relatively easily once they wear out or when you get enough cash, and people often have their own individual preferences when it comes to things like handlebars anyway. On the other hand, you’re likely to stick with the frame for a long time so you’re better off with a good one. All of Mekk’s frames are their own designs rather than generic open mould options. 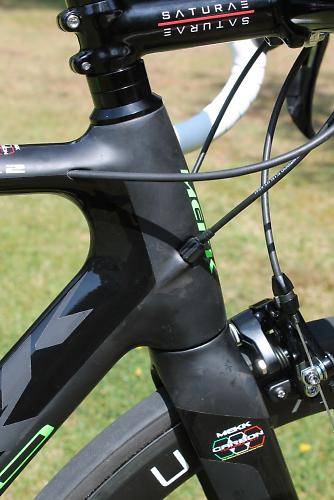 The Toray carbon-fibre Primo is an existing frame in the Mekk range: an aero design in a race geometry with internal cable routing and compatibility with Shimano Di2 electronic shifting. 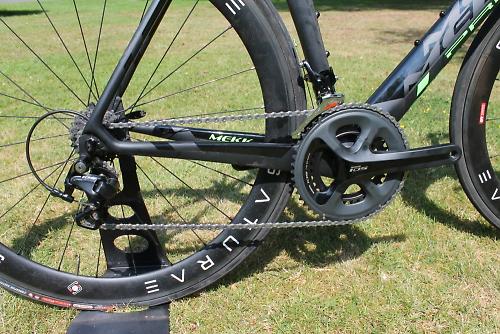 It comes with a tapered head tube (1 1/4in bearing at the top, 1 1/2in bearing at the bottom) up front, oversized chainstays for extra efficiency at the rear, and the carbon fork has bladed legs. The seatpost clamp is a wedge system with the bolt tucked away inside the top tube and hidden under a rubber cover. 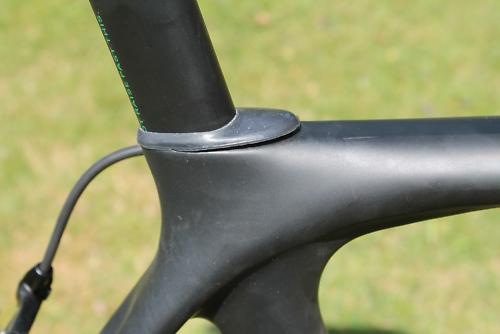 When we went to check out the new Mekk range earlier in the week, the guys were at pains to point out that the frame on show was a pre-production model. The graphics shown here aren’t quite right and the final version will look neater, more refined, and generally sexier, we’re told. 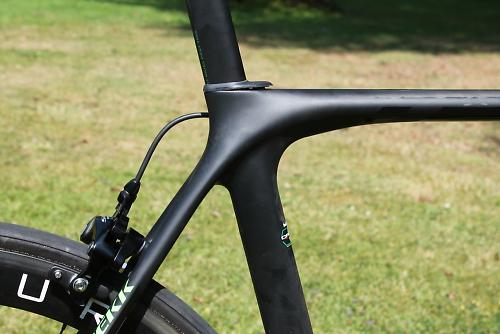 The 6.2 comes built up with the new 11-speed Shimano 5800 version of the 105 groupset and Mekk’s own Saturae wheels. Those wheels are 50mm carbon clinchers with alloy hubs and DT Competition spokes and nipples (external so you get to them easily for adjustments). The aluminium handlebar and stem are from the Saturae range too. 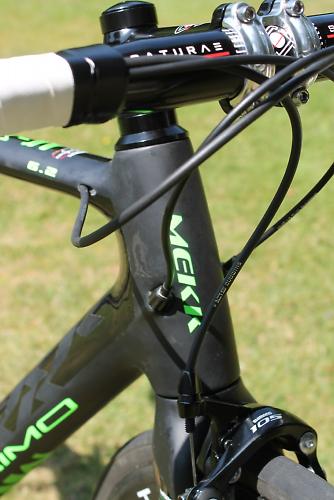 Oh, and that saddle is at such a weird angle because of a bolt issue. As mentioned, this is a pre-production version and Mekk had only taken delivery of it the day before we visited, so it was built up in a hurry. Obviously, that’ll be sorted on final versions. The tyres will be from Continental (rather than the Challenges shown here). 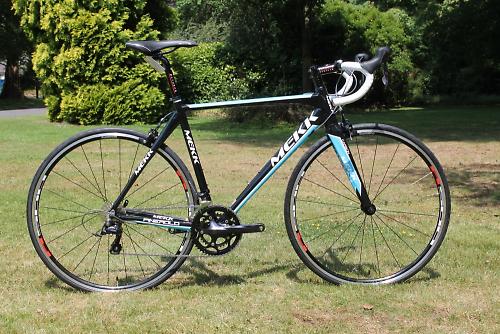 The other Mekk road bike that really caught our eye was this new AL 1.5 at £800. As the name suggests, the frame is aluminium alloy – triple butted to make it lighter and to improve the ride. With some highly shaped elements – check out the triangulation at the front end, for example – and smoothed welds, it actually looks carbon. 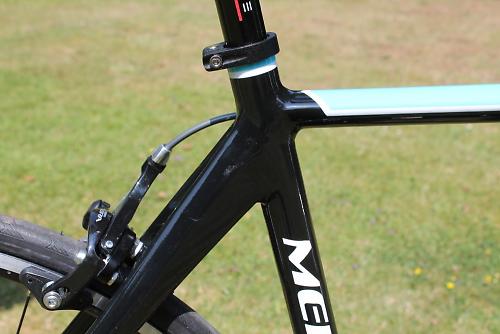 There are several AL bikes in the Pinerolo range, the 1.5 being built up with a carbon/alu fork and a Shimano Sora groupset. Mekk always go with full Shimano, by the way, rather than Shimano only where it’s most noticeable and cheaper alternatives elsewhere, and they provide San Marco saddles across the range too.

The cheapest bike in the Pinerolo AL range is the AL ZR at £550. It’s completely different in that the frame is single butted and the welds aren’t smoothed, but you still get a full Shimano groupset along with eyelets for mudguards and a rack. 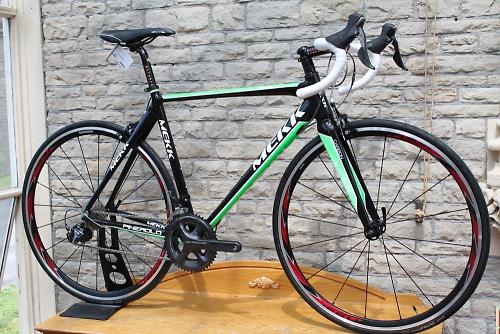 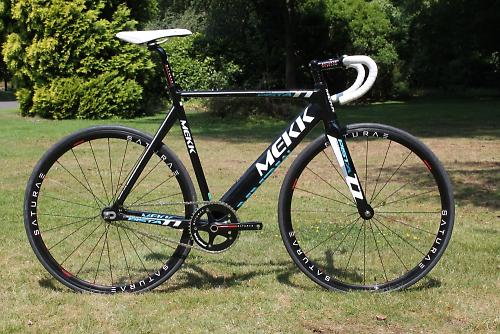 Mekk have a couple of track bikes in the range designed for racing on the velodrome rather than for riding around town, this being the £750 Pista T1 aluminium model. The frame is triple-butted while the fork is full carbon with bladed legs. 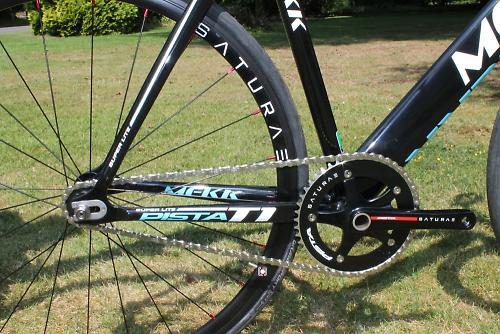 The rear wheel is dished for a single sprocket (15t) and the chain is 1/8 inch. You get three chainrings as part of the package – 48t, 49t and 50t – so you can swap between them according to the event. 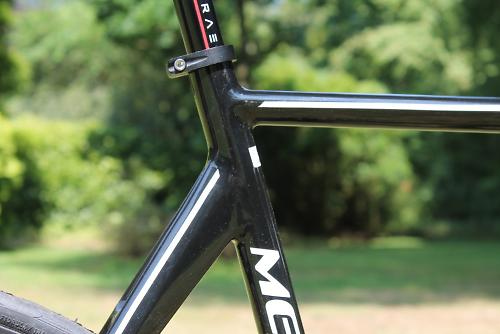