We head to Dijon, (well, Mat does) to ride the aero road bike developed with the FDJ pro team
by Mat Brett

The Lapierre Aircode is an aero road bike that feels as comfortable to ride as a regular road bike, with the added benefit of tube shapes and features designed to reduce drag. 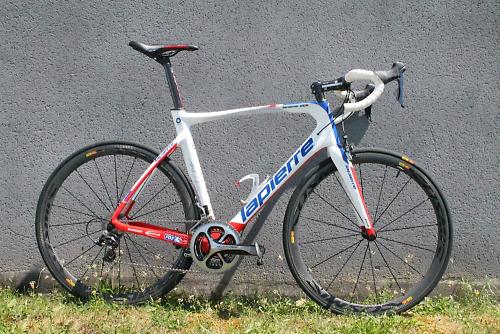 As long as you’ve not been living on another planet for the past few years, you’ll know that in the road bike world aero is very much in vogue. With manufacturers easily able to achieve the UCI’s 6.8kg minimum weight limit for racing, they’ve looked to gain advantages over one another by producing bikes that are more aerodynamically efficient so riders can go faster for the same level of effort.

The new aero road bike from French brand Lapierre, suppliers of World Tour team FDJ.fr, is the Aircode. Lapierre say that they’ve worked closely with FDJ on the bike’s development with constant back and forth between their engineers and the team. The idea was to produce an aero road bike with the same feel as the Xelius, Lapierre’s top-level lightweight bike. We were among the first people outside of Lapierre and FDJ to ride the bike when we headed out to Dijon last week. 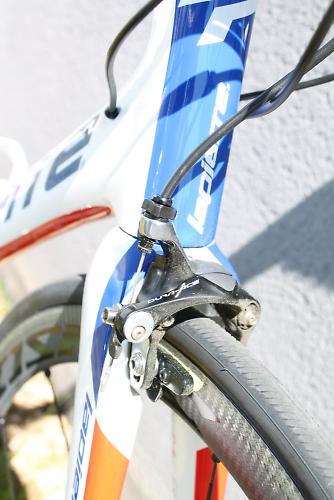 You have to put up with compromise with a lot of aero road bikes. Some aren’t as stiff as their standard road bike siblings while others aren’t as comfortable. That’s not the case with the Aircode. This feels like a lively, efficient road bike that just happens to come with aero tubing and features.

Lapierre have taken features from their Xelius road bike along with influences from their Aerostorm time trial bike, mixed them all up in a great big bowl and added some extra elements for seasoning to produce the Aircode. The Power Box concept, for example, is a concept borrowed straight from the Xelius. Essentially, this means that Lapierre have designed the lower frame elements – the head tube, the down tube, the bottom bracket and the chainstays – with oversized tubes to provide stiffness, and they’ve kept the fibres as long as possible and parallel to one another. The remaining elements of the frame – the top tube, the seat tube and the seatstays – are designed to provide comfort. This way of dividing up the frame design isn’t unique to Lapierre, of course, but it’s the French brand that wraps it all together and presents it under the buyer-friendly Power Box tag. They use a combination of 24 ton, 30 ton and 40 ton carbon fibre (40 ton, for example, means that the fibre can resist a traction force equivalent to a 40 ton mass) to refine the ride further, selecting the type most appropriate for each section of the frame. 40 ton is used for the efficient transmission of power while 24 ton is there to absorb shocks and dampen vibration The geometry is virtually the same as that of the Xelius road bike, the only significant difference being that the Aircode’s fork has a little more rake – 50mm as opposed to 43mm – the idea being to provide more stability.

Having the same geometry across the two bikes is great if you happen to ride for FDJ because you can swap between them according to the parcours of any particular stage with minimal disruption. The rest of us without two different Lapierres at our disposal won’t benefit in the same way, but the main point is that you get an aero road bike in a standard road bike geometry.

So far so good, but what of the aerodynamic features? After a lot of work in the wind tunnel at ACE (Aero Concept Engineering) Nevers Magny-Cours in central France and at the Roubaix indoor velodrome, Lapierre have produced a bike where both the down tube and the seat tube are made in a Kamm tail profile. The leading edge is smoothly contoured while the tail is cut off abruptly, the intention being to gain the aero advantages of a teardrop shape without using as much material, hence keeping the weight down. A Kamm tail tube will also perform better than a deeper tube in crosswinds and allows Lapierre to stick within the UCI’s rules on tube shapes.

As you can see, the seat tube is cutaway around the leading edge of the rear wheel while the head tube is kept slim but deep to reduce the frontal area. The same is true of the fork legs. 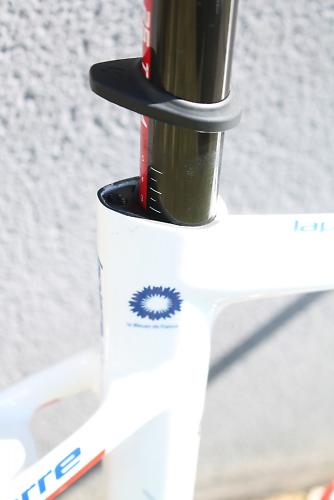 Lapierre have integrated the seat clamp within the frame to minimise turbulence. They use a wedge-type system with the bolt sitting right at the top of the seat tube behind the hole for the seatpost. 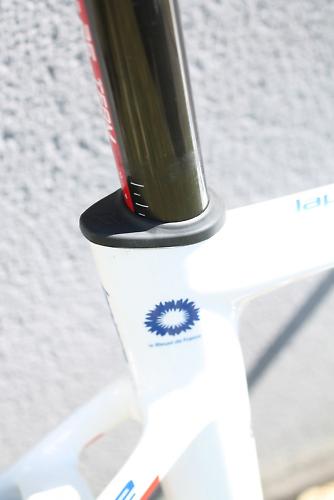 That whole area is covered by a rubber collar to keep water out and help smooth the airflow. Brake positioning has been designed with aerodynamics in mind too. The fork crown is cutaway at the front to accept direct mount brakes (where each brake arm is bolted direct to the fork rather than via a central bolt) while the rear brake is positioned out of the way under the chainstays (although FDJ keep it in a standard position on the seatstays, hence Lapierre’s need to retain a brake bridge on the Aircode). 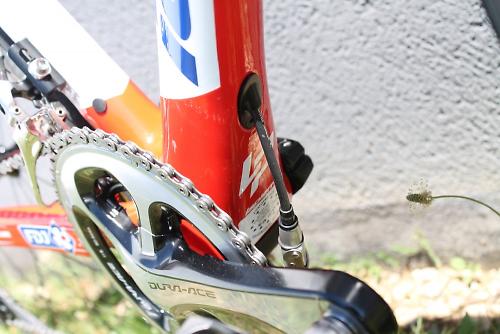 The cabling is internal, as it is on most (but not all) high-end road bikes these days. I got a couple of hours in aboard the Aircode last week – not nearly long enough for a full review but enough time to gain a few initial impressions. My bike was built up with a Shimano Dura-Ace mechanical groupset, Mavic Cosmic Carbone 40 wheels, a 3T bar, stem and seatpost, and a Selle Italia SLS Kit Carbonio saddle. It’s not a standard build but you will be able to get this through Lapierre’s Ultimate programme (see below). As I said up top, the Aircode is lively, as you’d expect of a bike that’s being ridden by the FDJ team at the highest level. It’s quick and nimble enough to respond in an instant when you need to jump onto the wheel of someone putting in a dig, rather than being one of those bikes that you need to wind up before it finds a change of pace. We didn’t have any massive climbs on our test ride but we did do a couple that were about 10-15mins each and the Aircode proved itself to be a very able ascender. Even when working hard out of the saddle, the frame remained impressively rigid both front and rear and, of course, the lightweight helps you keep moving upwards with the minimum of effort. We did one particularly long and fast descent that involved a couple of unexpectedly sharp turns that might have turned out nastily, but the direct mount Dura Ace brakes did their thing, biting hard to reduce speed, and despite their skinniness the fork legs and head tube kept everything straight up front so I ended up exactly where I wanted to rather in the verge. 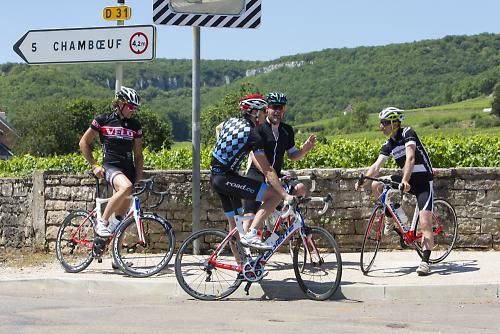 The surprising characteristic of the ride, though, is the level of comfort the Aircode offers. That Selle Italia SLS saddle is one of my favourites and that obviously helps, but this is certainly a very smooth frame that filters out vibration well. Lapierre have engineered in enough potential for movement at the rear that not a lot of road buzz gets transferred up to you in the saddle. With some aero bikes you feel like you’re riding a board; not this one. My first impression is that this is a bike that would be very easy to live with day in and day out never mind just for racing. The Aircode will be available in three standard builds for 2015 (we don’t have prices yet) and also through Lapierre’s Ultimate programme http://www.ultimate.lapierrebikes.com/en/ultimate which allows you to spec the components you like from a whole range of different options. You can already order a bike in that way. An Aircode built up with a Dura-Ace Di2 groupset, Mavic Cosmic SLE WTS wheels, Fizik Arione R3 saddle, and Fizik R1 handlebar, stem and seatpost is currently €7,575 (just under £6,000 at today’s exchange rate). Lapierre give a complete bike weight of 6.8kg in that build. For more info go to www.lapierre-bikes.co.uk.