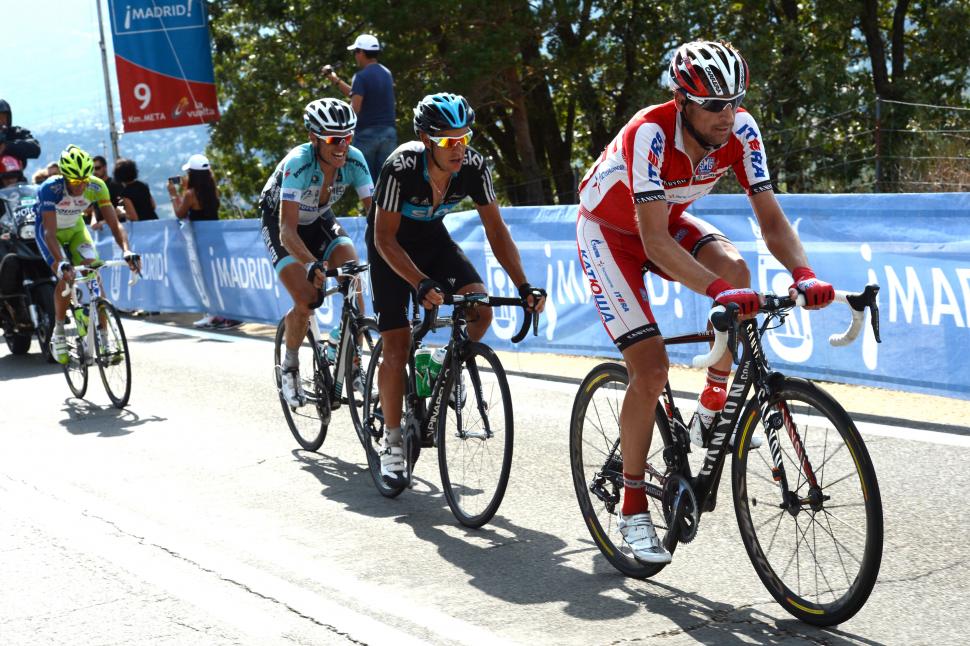 Denis Menchov, the Russian rider who announced his retirement from cycling in May last year, is currently serving a two-year ban that came into effect the previous month, according to a document released this week by the UCI.

On Thursday, world cycling’s governing body published a list of closed doping cases that includes the 36-year-old’s name and reveals he is banned for two years until 9 April 2015 as a result of a "biological passport finding."

In the 2010 race during his final season with Rabobank, Menchov finished third behind Alberto Contador and Andy Schleck and was elevated to the runner-up spot in 2012 after the Spaniard was stripped of his win due to his positive test for clenbuterol.

Newspapers L'Equipe and La Gazzetta dello Sport have linked Menchov with banned doctor Michele Ferrari, the French newspaper evening going so far in late 2012 to suggest that it was the rider's presence in the Katusha team that led to it being refused a WorldTour licence for 2013 by the UCI, a decision overturned by the Court of Arbitration for Sport.

In March 2013, Michael Rasmussen, Menchov’s former team mate at Rabobank, told a court in the Netherlands that the Russian, nicknamed the Silent Assassin, was among members of the team who engaged in blood doping.

Menchov, still with Katusha, denied the allegations but retired two months later. As blogger Inner Ring pointed out on Twitter, based on the information currently made public there is no way of knowing at the moment whether Menchov was actually banned at that time, or simply provisionallt suspended, with the ban coming later and being backdated.