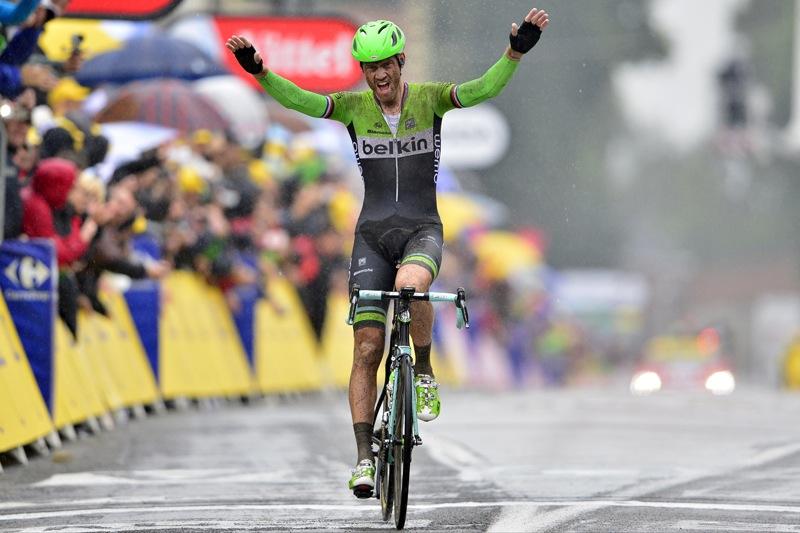 Lars Boom of Belkin won yesterday’s Stage 5 of the Tour de France, including seven cobbled sectors, on a Bianchi Infinito CV, road.cc’s current Bike of the Year. It’s an interesting bike that features some new technology, so let’s have a closer look.

Stage 5 was notable for all sorts of reasons, Froome’s exit and Nibali’s extension of his GC lead among them. None of that affected Lars Boom who soloed off the front towards the end of the stage from Ypres to Porte de Hainult. His average speed over the 152.5km (95 miles) was an amazing 46kph (29mph), according to his figures on Strava. 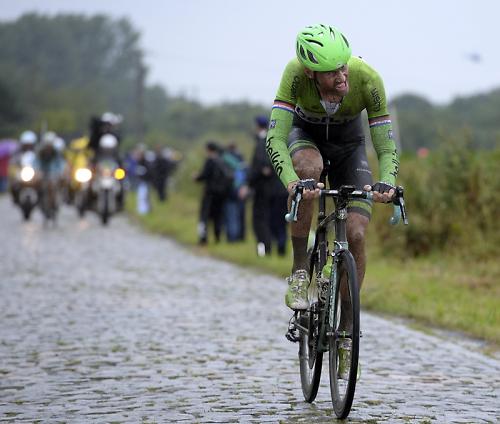 This obviously pleased Belkin’s bike sponsor, Bianchi. Boom was riding the Bianchi Infinito CV which we made road.cc Bike of the Year 2013-14. 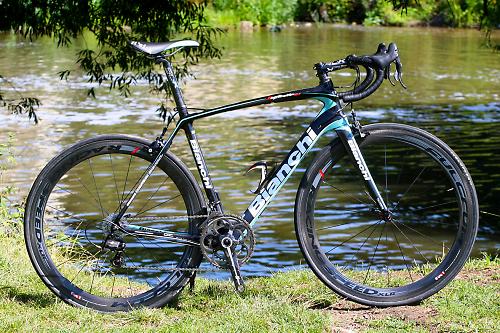 At the heart of the Infinito CV is a viscoelastic material incorporated into the carbon fibre layup, which Bianchi call CounterVail Vibration Cancelling Composite Technology, or CV for short.

Bianchi reckon this helps the frame to reduce high-frequency vibrations compared to a regular carbon frame, by as much as 75%. They claim it's more effective than other designs that use rubber inserts or isolators. CounterVail is used in just a few places in the frame, mostly in the fork blades and in the rear stays of the frame, but they won't reveal the exact extent of its usage. The profiling of the tubes is also integral to the frame's ability to tame bumps. Naturally, the seat stays are extremely skinny. The top tube is a slender shape too, but flares to meet the tapered head tube. The head tube is pinched in at the middle, giving a very elegant appearance from the front.

The down tube has a huge diameter throughout its length. This oversizing continues into the fat chainstays and Press-Fit BB30 bottom bracket. The frame is fully compatible with both mechanical and electronic shift systems, with internal cable routing. It looks to us as if Lars Boom stuck with Shimano Dura-Ace Di2 shifting for the cobbles while others swapped to mechanical to avoid accidental shifts, and he ran Shimano C50 wheels. 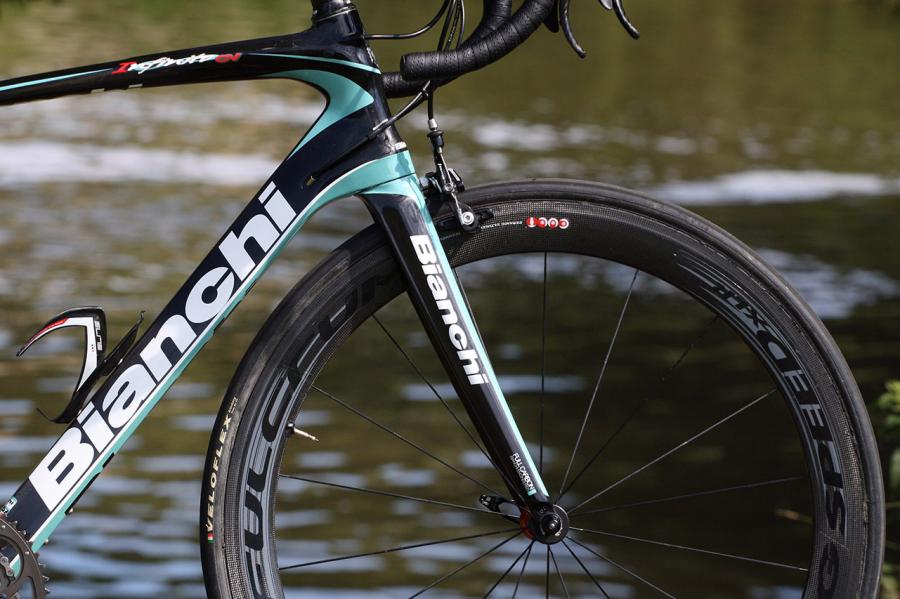 The new full-carbon aero fork, which uses a 1 1/8in upper bearing and 1 1/2in lower bearing, weighs under 400g. The CounterVail adds very little weight to the frame: a 55cm weighs a claimed 950g. That's a bit more weight than a typical top-level, but it's very competitive in the endurance market.

As well as the clever carbon technology, the geometry also differentiates the Infinito CV from Bianchi’s Oltre XR. Bianchi have given the CV a taller head tube; the 55cm bike we reviewed had a 17cm head tube. That's not especially tall, indeed it's a similar measurement to some race bikes, and is a fair bit lower than many other endurance or sportive labelled bikes, but it is taller than the Oltre.

The wheelbase has been lengthened with longer chainstays, which gives the bike a bit of increased stability at higher speeds. As well as the extra stability, those longer chainstays will also contribute to the CV's comfort. The longer chainstays place the rider further forward and away from the rear axle, and allows the rear stays to dissipate some of the high frequency vibration before it reaches the saddle. 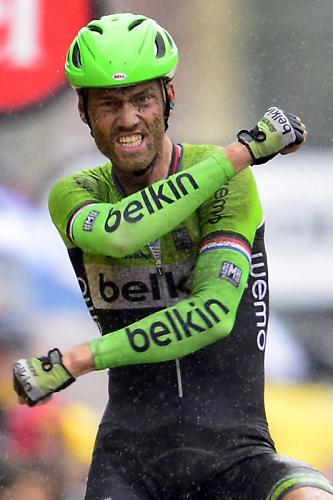 Boom was wearing the new Bell Star Pro helmet that we told you about on Monday. 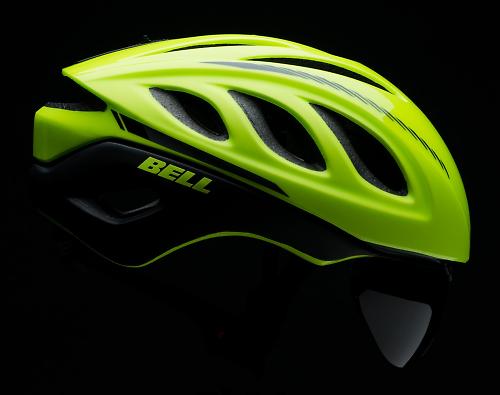 Bell claim that the Star Pro is the fastest aero road helmet on the market. It comes with vents that you can close on the fly with a simple slider – Bell call this Active-Aero Technology. You can close the vents when you want aero efficiency, and open them on warmer days when you want more ventilation. You also get the option of a magnetic eye shield, although Boom didn’t use this in the dirty conditions.

Before anyone feels the need to point it out, Lars’ win was down to being the strongest rider out there on the cobbles, but having the right equipment for the job certainly helps. Belkin have uploaded Lars' ride details to Strava; they make interesting reading!