Bell have launched a new helmet called the Star Pro which they claim to be the fastest aero road helmet on the market. It comes with vents that you can close on the fly with a simple slider, and the option of a magnetic eye shield. Bell say that the Star Pro is the “first-ever dual-purpose helmet that provides the rider complete authority in maximising both aerodynamic speed and ventilating comfort for the road category.” 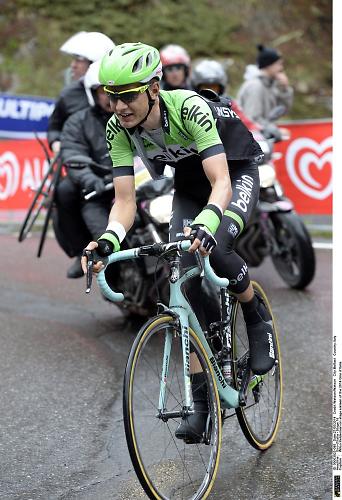 If you've been watching the Tour de France over the past couple of days – and you have – you might have already seen the Star Pro being worn by Team Belkin. One of the Star Pro’s key features is what Bell call its Active-Aero Technology (which you can see a bit more clearly on this clear-shelled version of the helmet that Bell have constructed to show how it works). This is the slider mechanism on the back of the shell that allows you to open and close the vents. The idea is that you can open them when you’re after ventilation, and close them when you want to minimise aerodynamic drag. “A full range of competing aero helmets were tested at the Faster wind tunnel facility [in Scottsdale, Arizona, USA] utilising the industry-adopted wind-averaged drag (WAD), a wind velocity of 25mph (40kph), and a 30° head angle for all helmets,” say Bell. “Tests proved that the Star Pro, with vents closed, is the fastest helmet on the market when compared to other very well-known aero competitors.”

The “well-known aero competitors” they refer to include the Giro Air Attack and the Specialized Evade.

In terms of ventilation, Bell say that the Star Pro is nearly as impressive. “When measuring the Star Pro’s cooling efficiency, with vents open, it proved to be near equal to a traditional road helmet over a 30-minute period, but more importantly, cooled faster than a bare head during the initial five-minute period giving the cyclist the ability to cool their head mid-ride,” say Bell. 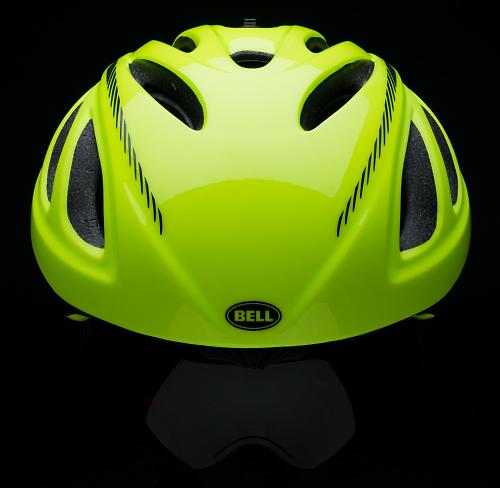 “Our intention with Star Pro was to eliminate the either/or choice cyclists have long been faced with when it comes to being faster or cooler,” says Bell Helmets’ Azul Couzens. “We’ve already seen it perform well with the United Healthcare Pro Cycling Women’s Team domestically and look forward to watching Team Belkin wear this throughout the 2014 Tour de France.” You can buy the Star Pro either with or without a Magnetic Zeiss Shield. This is an eye shield that you can remove and store easily on the helmet exterior when not in use.