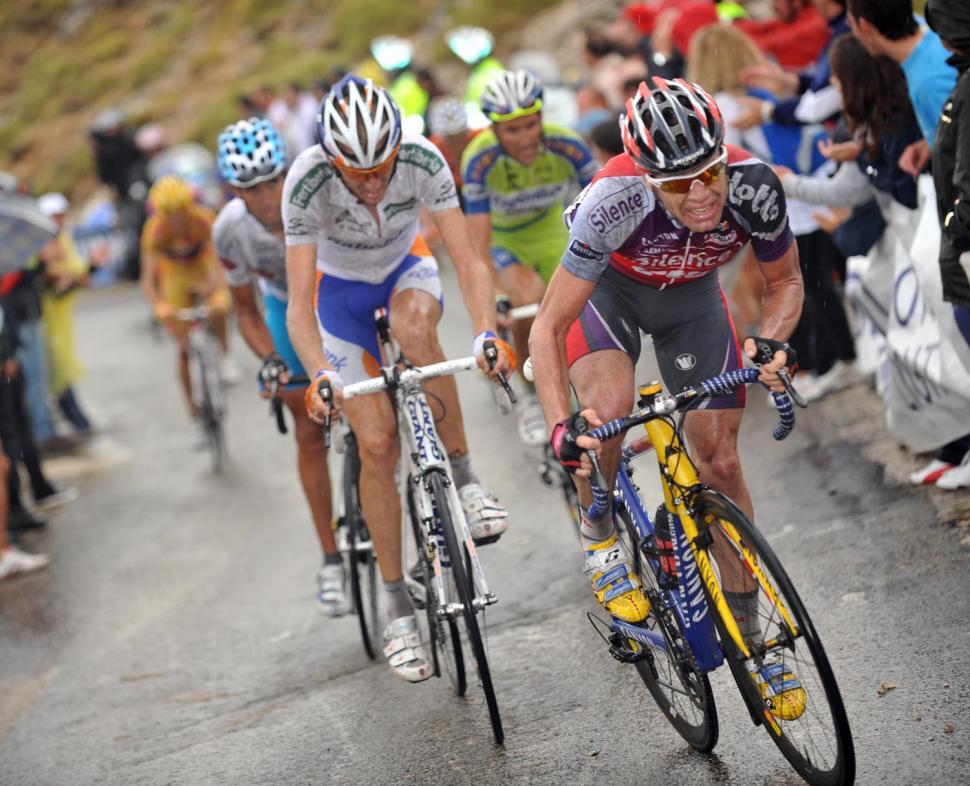 World Road Champion Cadel Evans has spoken of his shock at arriving on the scene of a fatal accident that claimed the life of a cyclist and well-known local sports figure near his hometown of Geelong just minutes after the collision took place.

The accident took place on Monday in Breamlea, South of Geelong, when cyclists Rex Sizeland and Rob Hawkins, who were riding with their friend Bob Hayles, were involved in a collision with a red saloon car.

Mr Sizeland, a former Australian Rules Footballer who was also involved in cross-country running as well as running a cycling team in the annual Otway Classic race, died in hospital from his injuries.

Evans, who has a house in the area where he lives with his wife Chiara Passerini during the European off-season, told of how he came across the aftermath of the crash while out on a training ride.

Speaking an at event to promote the forthcoming Amy’s Ride – named after Amy Gillett, the Olympic rower-turned-cyclist killed when a car ploughed into her and other members of the Australian Cycling Team in Germany in 2005 – Evans said: “I arrived a couple of minutes afterwards and then the ambulance arrived and at that point I was just getting in the road, so I got out of there.”

He continued, “'But to see it right there on the very road I ride on . . . it is, it's scary.'' According to a report in the Herald Sun, Evans believes that the accident raised the need for all road users to be tolerant, saying: “'That's what I think the main problem is, people's lack of understanding and education.''talks of

The rider, who recently moved from Silence-Lotto to BMC Racing, added, “''For this reason I support the Amy Gillett Foundation” – set up after the athlete’s death – “where I can and part of that is doing the ride.''

Local sports promoter John Craven paid tribute to Mr Sizeland, saying: “He was an outstanding local footballer and a very handy distance runner who became one of the Otway Classic's best and most respected managers.

"Rex was a very popular bloke who made a terrific contribution to local sport, it is an absolute tragedy," he added.

Mr Hawkins, who sustained neck, shoulder and elbow injuries as a result of he collision, is described as being in a stable condition in hospital.

It is understood that while police have interviewed the driver of the car involved, no charges have yet been brought.