World Champion's bike retains aerodynamics of the Reacto Evo but at a lower weight of 6.8kg
by Mat Brett

World Champion Rui Costa has a new bike in the shape of the Merida Reacto KOM, and here’s your chance to have a good look at it. 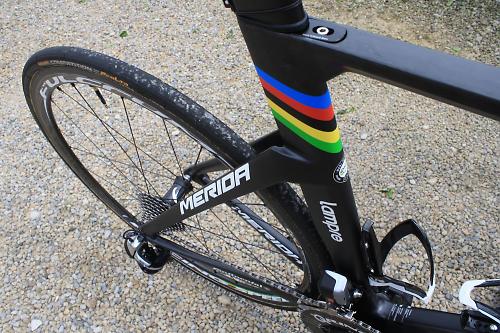 We’re in Yorkshire ahead of the Grand Départ, reporting live from the road.cc bunker in Harrogate, and spotted the Reacto KOM at Team Lampre-Merida’s hotel – KOM standing for King of the Mountains, obviously. 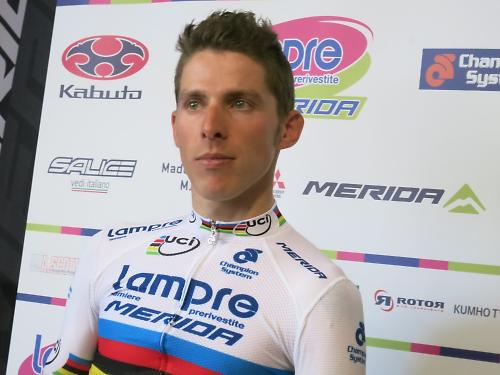 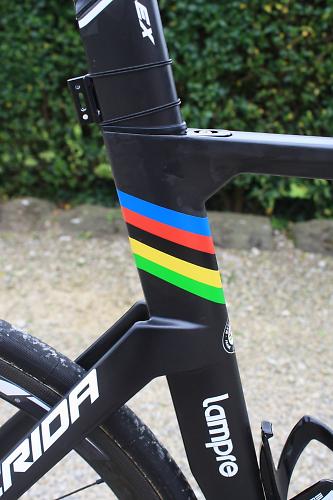 Team Lampre-Merida switched from the Scultura SL to the Reacto Evo as their default race bike this year because they reckon that an aero road bike is faster than a lightweight one in nearly all races. But in an ideal world you’d ride a bike that was both aero and lightweight, and that’s where the Reacto KOM comes in. 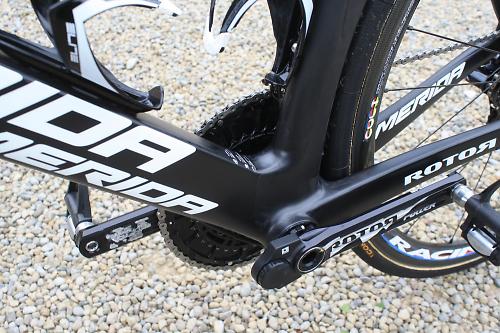 Merida say that once the Rotor power meter, computer, bottle cages and pedals are added, the Reacto Evo weighs 7.25kg, whereas the UCI’s minimum weight limit for racing is 6.8kg. That means they had some scope to do some pruning, and they reckon they’ve managed to get Costa’s bike down to exactly 6.8kg. 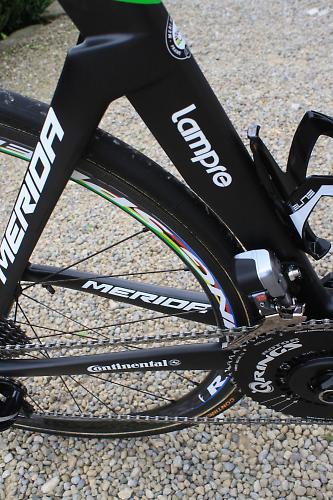 “Knocking almost half a kilogram off the team bike was not an easy task - but after all we are competing in cycling's Formula One,” said Jürgen Falke, head of Merida's R&D department. 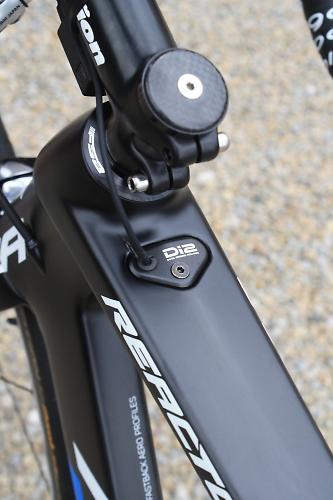 Merida changed the fibre layout of both the frame and the fork and opted for as little paint as possible to reduce the weight by 80g. There are only two frames of this type in existence. Merida saved another 50g by making a one-piece aero seatpost with an integrated Di2 battery. 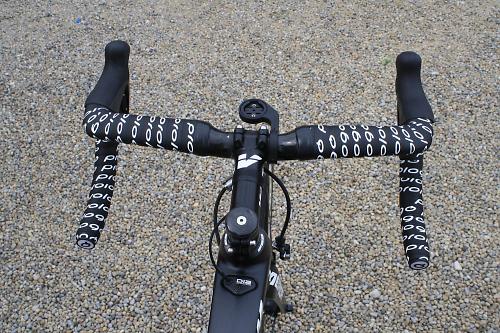 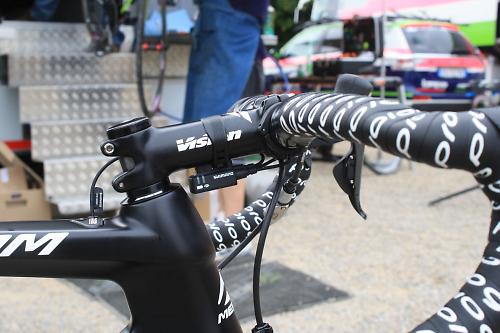 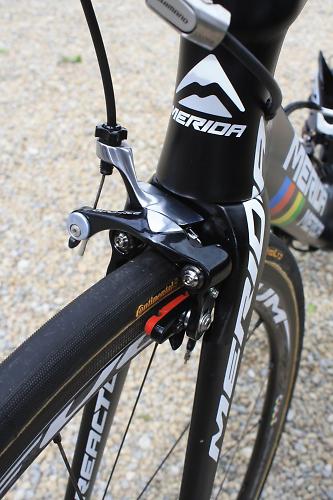 The bike is fitted with a Shimano Dura-Ace Di2 groupset including direct mount brakes. 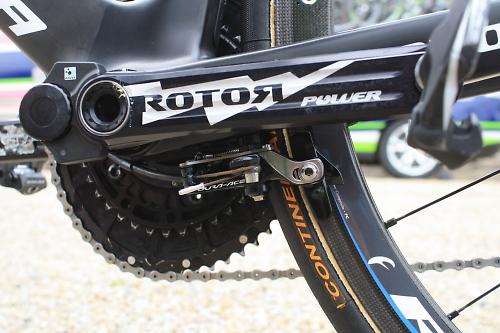 The rear brake calliper is mounted behind the bottom bracket. 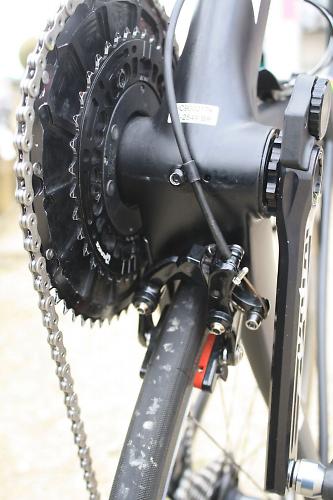 Team Lampre-Merida haven't skimped on making the most of the world champion stripes using it from everything from the frame to the saddle rails. The notch out of the S Flex seatpost, by the way, is designed to add a degree of give and add comfort to the ride. 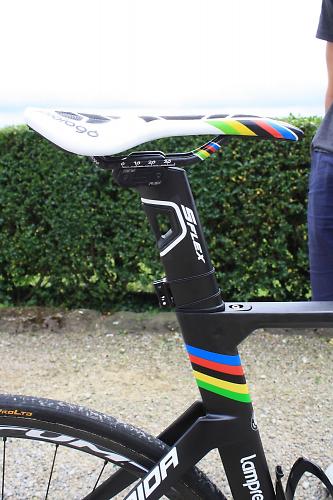