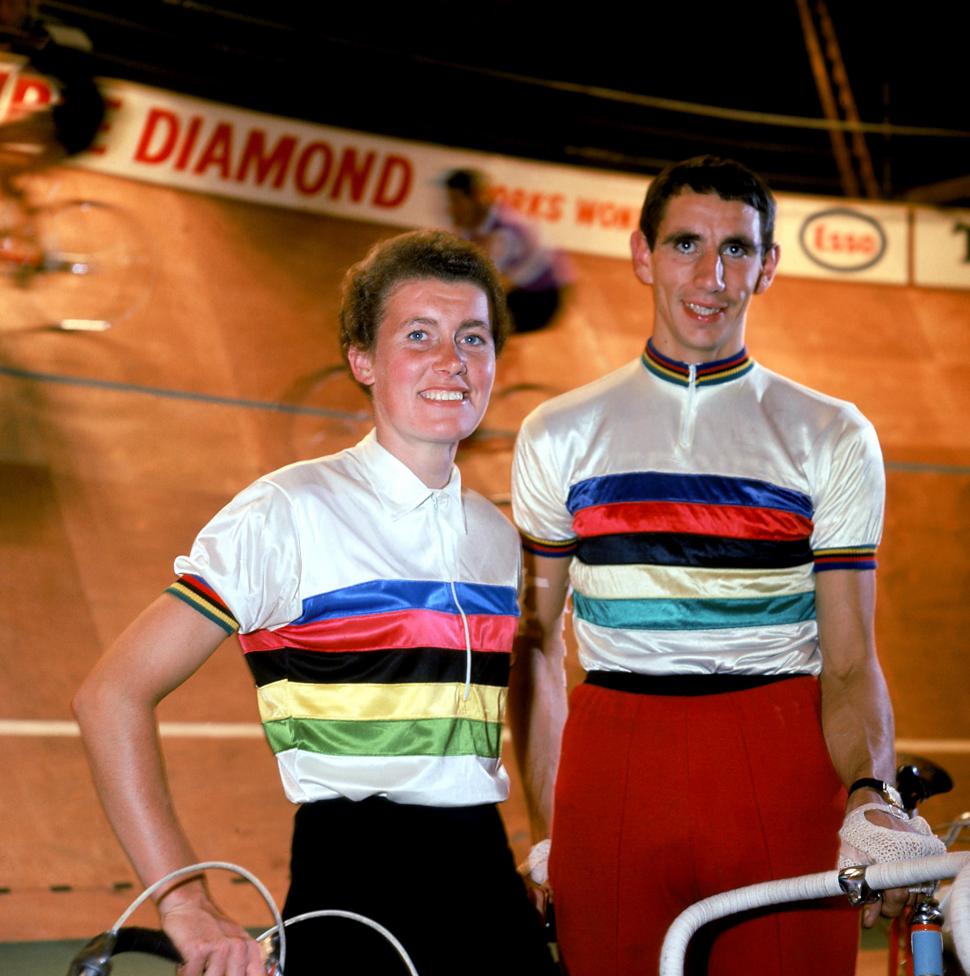 The freedom of the city of Leeds is to be granted posthumously to Beryl Burton, one of the greatest female cyclists in the world.

Mrs Burton, from Morley, won 122 national titles over five decades, dominating women’s cycling in the UK throughout the 60s and into the 70s,  and winning seven world titles in that time.

Leeds City Council will formally approve the plans to award her the highest civic honour on July 2. If it goes through the honour will be given at a special council meeting in September and her name added to the Freedom of the City board in Leeds Civic Hall.

Councillor Keith Wakefield, leader of Leeds City Council told the BBC: "To put it simply, Beryl Burton was the best British female cyclist of all time and undoubtedly one of the greatest, if not the greatest sport person, ever to come out of Leeds.

"As a city we should not only be immensely proud, but also make sure that her vast achievements are never forgotten."

Meanwhile Maxine Peake is paying tribute to Mrs Burton in a stage adaptation of her BBC Radio 4 production Beryl. The play will be put on at the West Yorkshire Playhouse in Leeds.

We recently reported how Denise Burton-Cole, the cyclist’s daughter, who also competed in the 1972 World Championships said: “Mum’s getting the recognition she deserves, it’s lovely and heartening that people are so interested, I realise now just how outstanding she was.

“She died about 17 years ago, and the years before that she wasn’t the best in the country. So the years that she was the best were a long time ago – her first medal was in 1959.”

“We were just ordinary folk. Everything that was done was done out of their own pockets,” Denise said.

“My dad worked full-time with an evening job at one point as well and mum worked part-time on a farm. He was a massive part of mum’s cycling, she wouldn’t have done what she achieved without him for as long – he was driver, mechanic and child minder.”

Written by the actress Maxine Peake, the idea for the original radio play, Beryl: a Love Story on Two Wheels, came as soon as she heard about Burton.

She said: “I just sort of stumbled across her really. My boyfriend, who's obsessed with building old racing bikes, bought me her book for a birthday present and there was a note inside, get your hair in a curly perm and there's a part in here for you.

"I read it and thought, why don't I know about this woman? I cycle and enjoy it, but a sportswoman of this calibre who was at the top of her game for so long, why hadn't Beryl filtered through to the mainstream?”

For more information about the Yorkshire Festival, check out our guide to the events.

Tickets to see ‘Beryl’ range from £12 to £23, the show running for approximately two hours.

Click here for more information on how to get tickets for the show at the West Yorkshire Playhouse.