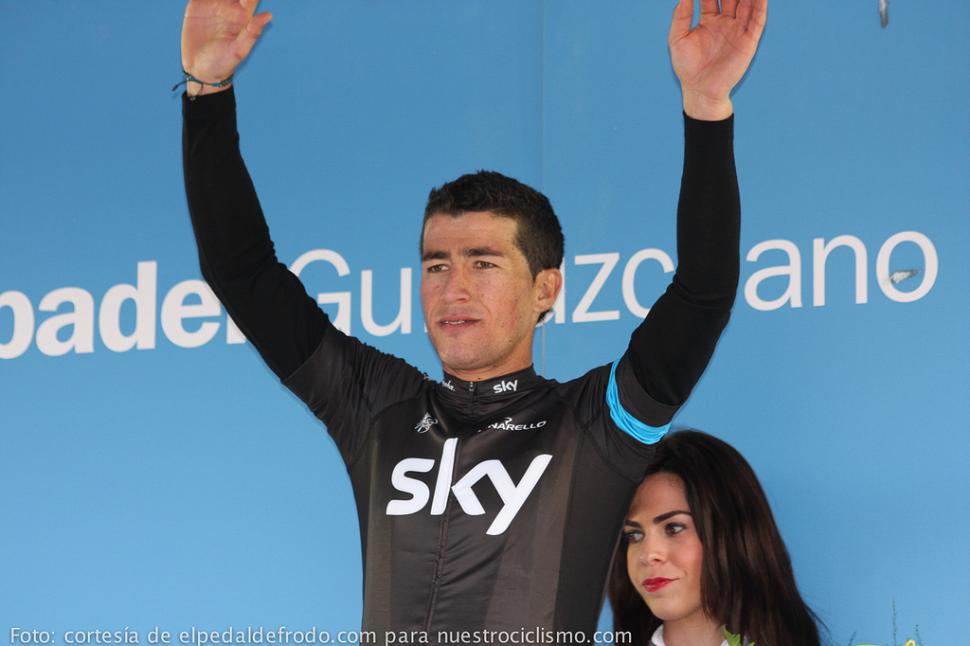 Team Sky have confirmed that Colombian climber Sergio Henao, taken off its racing roster in March while tests were conducted into the effect of his being born and raised at altitide will be back racing at the weekend in the Tour de Suisse – raising the prospect he could ride in the Tour de France.

The 26-year-old, who finished ninth overall in the 2012 Giro d’Italia, has been undergoing an independent testing programme over the past 10 weeks due to concerns over values registered in WADA-accredited tests while he was in Colombia during the close season.

On its website, Team Sky said that the independent tests, carried out by a team from the University of Sheffield assisted by the Colombian anti-doping authorities, had “given the highest level of confidence in Sergio’s previous data and profiles, and offers valuable new insights into the physiology of ‘altitude natives’ such as Colombian climbers.”

The testing programme began in France on 31 March, with Henoa moving to Colombia a fortnight later for a further six-week block of testing, returning to Nice for a week of base level testing in late May and early June.

Sky says that the results of the tests have been given to WADA, the UCI and the CADF, and that details of urine tests are in Henao’s biological passport. It adds that the team who conducted the tests plan to publish a full scientific research paper about the exercise.

Team principal Sir Dave Brailsford, who has said he will wait until after the Tour de Suisse to decide on Sky’s line-up for the Tour de France, said: “By taking this structured, scientific approach, we’ve gained a better understanding of his readings and specific physiology and valuable insights into the effects of altitude.

“We’re very pleased to welcome Sergio back to racing and are looking forward to having him at the Tour de Suisse.

“Our approach has been fair to both the rider and the team, and whilst it was our decision to take him out of racing, it is also ours that he returns with our full backing.

“He’s done everything that’s been asked of him, kept his focus and fully deserves to be racing,” Brailsford added.

In April, Henao said that he hoped to make his Tour de France debut this year. “It’s what both I and the team hope for,” he said. “Hopefully I can be in the best condition to make my case to be named in Sky’s line-up. We’ll see about that in the Tour de Suisse, but I am absolutely sure that I’ll be at a high level since I’m living every day with the hope of riding the Tour [de France].

Team Sky employee Oli Cookson, son of UCI president Brian and a fluent Spanish speaker, was in Colombia with Henao, who said that among other things, he would be assisting him with securing a UK visa for the Grand Départ of the Tour de France.

That's a signal that he has at least a good chance of being named in the nine-man line-up, which has been the subject of intense speculation in recent days after Sir Bradley Wiggins said on Friday that barring injury to Chris Froome, he wouldn't be taking part, while Brailsford has insisted no decision has yet been made on the team.