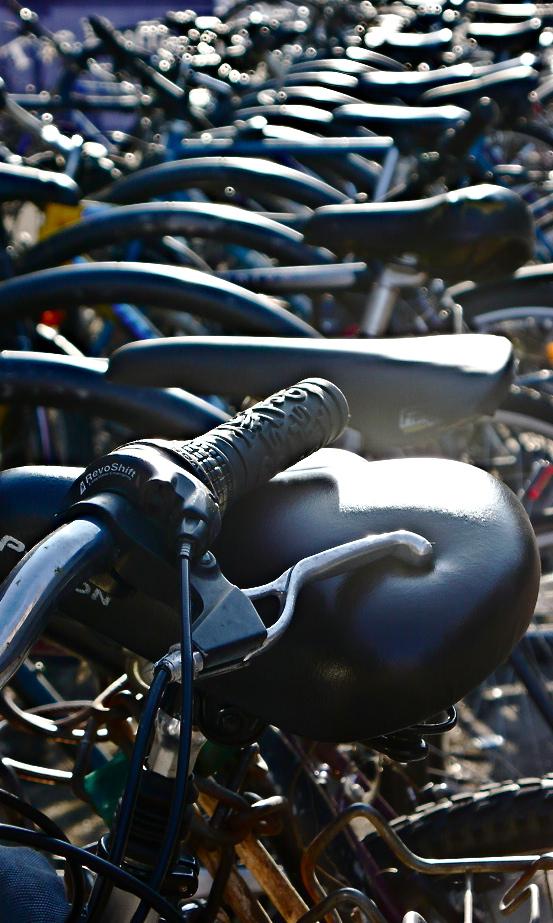 Cycling campaigners in Cambridge are calling for increased bike parking facilities to be introduced at the university city’s railway station amid concerns that the number of existing bike stands are insufficient to deal with demand.

According to Cambridge Cycling Campaign, which carried out a bike count at the station last week, around one in three cyclists leaving their bicycles at the station were unable to find free bike stands to enable them to leave their bikes there securely.

The station currently has 700 bike parking spaces, but campaigners say that up to 400 further bicycles are left at the station without their owners being able to secure them to a purpose-built bike stand due to existing facilities being full.

Spokesman James Woodburn, one of the volunteers who helped count the bikes last week, told the Cambridge Evening News: “There is a serious shortage of spaces. We believe there are 700 places for bicycles, but we counted between 200 and 400 bikes at a time not locked to a stand, depending on the time of the day.”

He added: “There is also a lot of suppressed demand because people do not bring their bikes to the station as they know they won’t be able to find a space. Cyclists visiting the station are paying their fares and the railway needs to provide somewhere safe for them to park.”

In the longer term, the situation will be alleviated through the introduction of a bike park at the station with a 3,000-bike capacity under the £850 million cb1 scheme to regenerate the area around the station, but according to Mr Woodburn, action is needed now to address the current problem.

“The cb1 development is still several years away,” he said. “It is difficult to find extra space for bikes, but we believe racks can be fitted in around the station.”

The problem is particularly acute given that Cambridge has the highest levels of cycling of any city in Britain, coupled with its large number of students and army of commuters who take the train into London each day.

During the daytime, many of the spaces are taken up by bikes belonging to workers in the capital, awaiting their owners’ return at the end of the day, while at night bikes are left at the station by people leaving Cambridge for an evening out.

National Express East Anglia claims that it regularly removes abandoned bikes from the bike stands to free up space, with a spokesman telling the Cambridge Evening News: “We are working with our partners, including the local authority, private developers and Network Rail to develop improved cycle parking at Cambridge station.”

“In the meantime we continue to explore with our partners opportunities for the short-term provision of additional cycle- parking capacity at the station, as well as taking a proactive approach to managing the existing cycle parking areas,” he continued. “All partners are committed to provision of the best possible use of the cycle storage capacity to meet customer needs.”