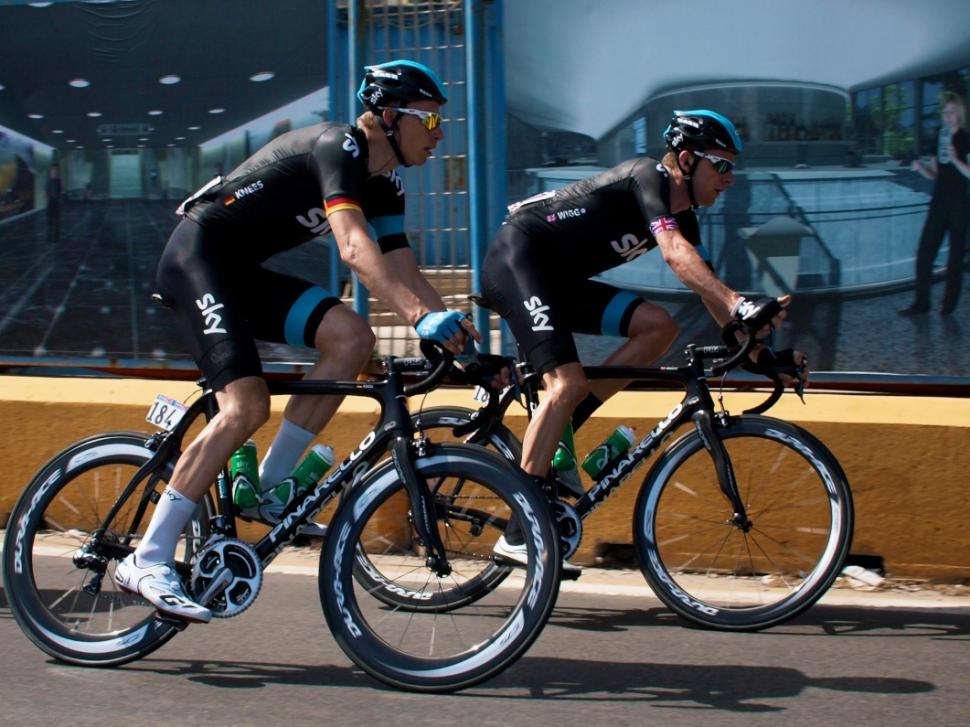 Shane Sutton also expresses doubts, says 2012 champ will have to prove he deserves a place on merit
by Simon_MacMichael

Sir Bradley Wiggins, who less than two years ago became the first British rider to win the Tour de France, has admitted he may not ride in this year’s race. Former Team Sky coach Shane Sutton, whom Wiggins has described as a “father figure,” has also expressed doubts about whether the 2012 yellow jersey winner will be in Yorkshire for the Grand Départ of the 101st edition of the race in July as Chris Froome looks to retain his title.

Speaking after his ninth-place finish at Paris-Roubaix on Sunday, Wiggins, quoted on BBC Sport, said: "One thing this team has is a lot of strength in depth, particularly in the mountains."

Last week, in reply to The Independent’s Robin Scott-Elliott who asked him if Wiggins and Froome would ride the Tour together this year, Sutton said: "Do you want me to bullshit you or tell you the truth?

"Do I see Chris and him riding together? I would hope so. But I'm not so sure. Brad has to roll his sleeves up and get the work done and get in that team – being in Britain, he wants to make the Tour."

The relationship between Wiggins and Froome has long been a frosty one, and despite signs of a thaw over the winter, no-one would claim they are close.

"That Tour team really is Froome's team – he's the current holder and there's a lot of faith in him at Team Sky," noted Sutton, who was last week appointed technical director of British Cycling and succeeds Sir Dave Brailsford as the man in charge of the national team.

He continued: “They will put the best riders available on the grid for Chris to win the Tour come July and I'm not sure whether Brad is going to be on that list. Only Brad can say that by winning big races and showing the team he is worthy of his place."

Wiggins said: "I'll do everything possible to try and be there but, as Shane Sutton said, it is Chris's team and he'll have a big say in who he puts around him and who he's confident having in front of him in the mountains.

"I would love to be there. I've proved I've got the legs at the moment and I'm coming to where I need to be now, if I can just push on."

Just 12 months ago in the build-up to the Giro d’Italia, Wiggins insisted that he was capable of becoming the first rider since Marco Pantani in 1998 to win both the French and Italian Grand Tours in the same season – despite Sky team principal Brailsford insisting that 2012 runner-up Froome would be lead the team.

But his campaign in Italy ended prematurely due to illness, and a knee injury led to Sky announcing that he would not figure in its team for the Tour almost a month before the race, won by Froome, began.