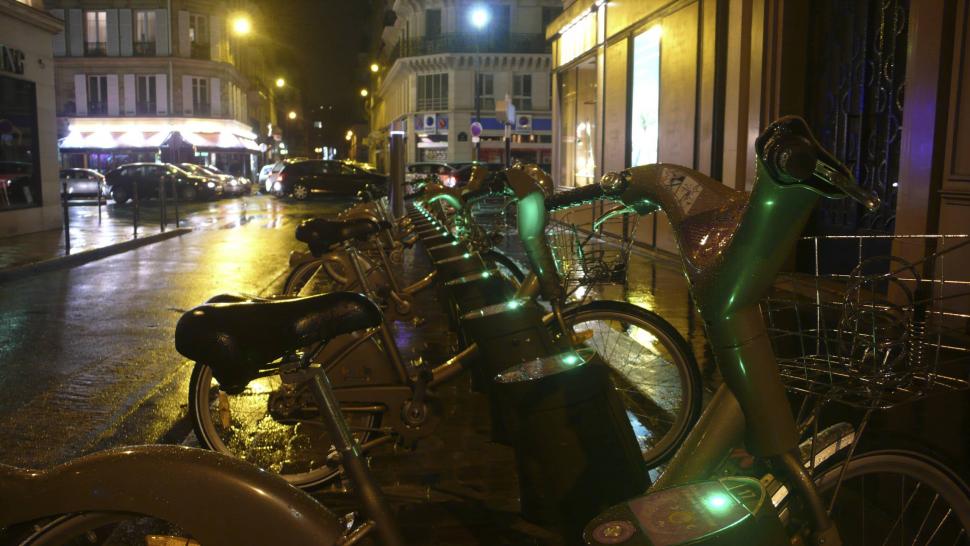 Changes made after 18,000 bikes vandalised and 8,000 stolen in first two years
by Simon_MacMichael

Advertising giant JCDecaux has renegotiated the terms of the contract with the city of Paris under which it operates the Vélib’ bicycle rental scheme after theft and vandalism caused the whole fleet of 20,000 bikes to be replaced inside the first two years of operation, according to a report in French daily Le Figaro.

News that the numbers of bikes stolen or damaged has exceeded initial estimates will no doubt cause alarm at City Hall in London, where a similar scheme is due to be launched next summer in partnership with Serco, the operator of the Docklands Light Railway.

Vélib’, which is funded by JCDecaux in return for being granted advertising space in the city, was launched amid much fanfare in July 2007. Although it may not have been the first such scheme, it is certainly the biggest – more than 1,000 times larger in terms of bicycle numbers than Bristol’s struggling scheme, which we reported on yesterday.

But with 18,000 of the distinctive grey bikes having been vandalised – buckled wheels, bent handlebars and damaged baskets are cited as common problems – and 8,000 stolen, the costs of operating the scheme have spiralled.

Albert Asséraf, a director of JCDecaux, told Le Figaro that the number of thefts had exceeded initial forecasts that they would run perhaps into hundreds a year, saying that due to the unprecedented scale of the scheme, “we’re learning as we go along.”

The fact remains, however, that thefts and vandalism have cost 8.5 million euro between mid-2007 and August this year, and ongoing expansion means that figure could rise higher still.

One school of though is that people simply don't care as much about hire bikes as they would about their own bicycles, although as we pointed out earlier this year when covering the emerging Parisian urban pursuit of Vélib' Extreme, the bikes are tough old beasts. And as the makers of the video below state, "no Vélib' was mistreated in the making of this video."

The new contract, which was agreed on Monday, will see the city of Paris pay as much as 25% of the cost of replacing bicycles, previously set at between 4% and 20%.

And JCDecaux is also set to benefit from a greater share of revenue as the service continues to expand the number of rental stations and its geographical reach into the Parisian suburbs, taking 50% of income over 17.5 million euro.

For its part, the city wants improvements made in the standard of service provided to the scheme’s users. Those include ensuring that a user can find a bike easily, as well as somewhere to return it, that telephone enquiries be answered within two minutes and emails replied to inside 15 days. As a result, JCDecaux is reported to have made the positions of its 40 call centre staff permanent, and to take on around 20 more employees.

JCDecaux operates similar schemes in cities including Lyon – whose success inspired Vélib’ – Luxembourg and most recently, Dublin, launched in September this year. London’s forthcoming scheme, meanwhile, will be modelled on one operated by Serco in the Canadian city of Montreal.