The Commuter X4, a new bike light designed by the victim of a cycling accident, has been shortlisted in the Top 20 of the British Inventors’ Project at next week's Gadget Show Live 2014.

Veglo was founded by cyclist Ed Ward after he was knocked off his bike and thrown into a four-way junction in London. 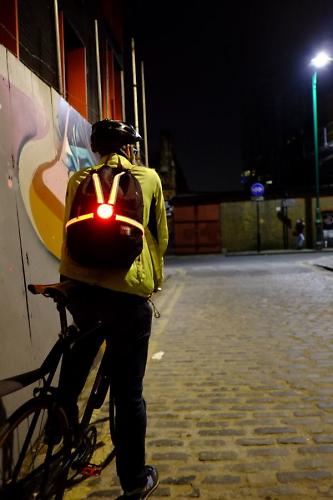 The rear light is designed to allow drivers to judge distance, width and speed accurately and quickly by the shape it creates with a central light and four fibre optic light guides. It can be worn over a backpack (up to 35 litres) or directly on your shoulders. 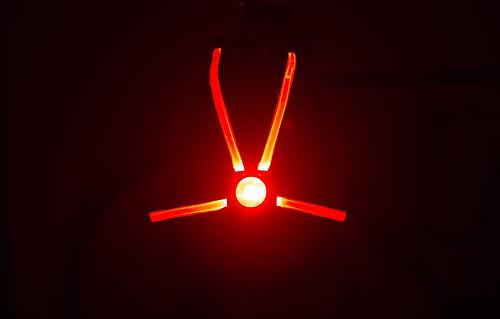 The device, which is USB-rechargeable and water-resistant, has multiple flash and fade settings with various output levels for power saving. The straps are reflective when you're not using the fibre optic options. Veglo will be showing a range of products at the Gadget Show. Other products being presented are a mounted front and rear lightset and helmet beacon, both currently in their development stage.

The lightset is designed to grab the attention of drivers when in their blind spot and the helmet beacon is designed to pulse-light up and along the side of HGVs, alerting drivers to the close proximity of a cyclist who is out of sight. 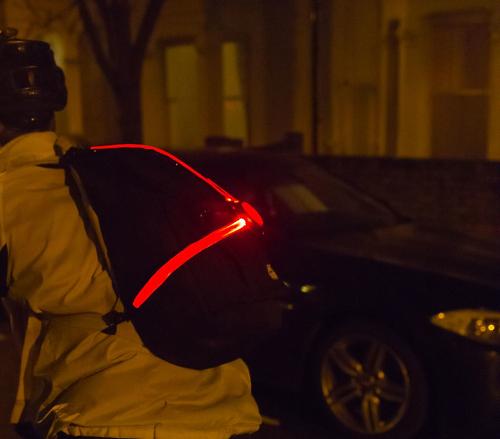 “I’ve designed these lights as an enthusiastic cyclist and as someone who has already suffered the dangers of city cycling,” says Ed Ward, founder of Veglo. “I know personally that one of the biggest causes of accidents is poor visibility in heavy traffic.

"Cyclists need to be as obvious as possible because visibility is the simplest and most effective key to cycling safety. I’m hugely excited to be launching these lights because I really believe they will make the roads a safer place for cyclists and drivers.” 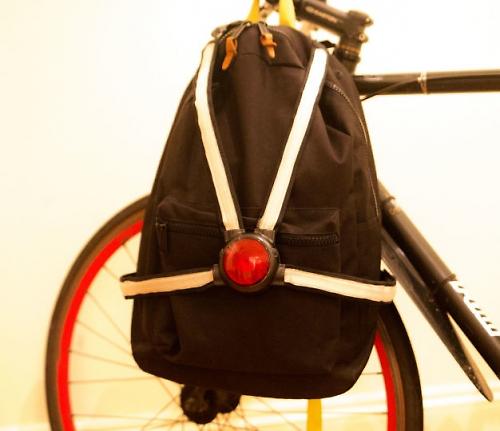 Veglo will be showcasing its products with the British Inventors’ Project at the Gadget Show Live 2014 from 9-13 April 2014 at the NEC Birmingham.

For more info go to Veglo's website where you can reserve the Commuter X4 for when production versions become available.

The Plume recoiling mudguard that we told you about last year is included in the British Inventors’ Project too.