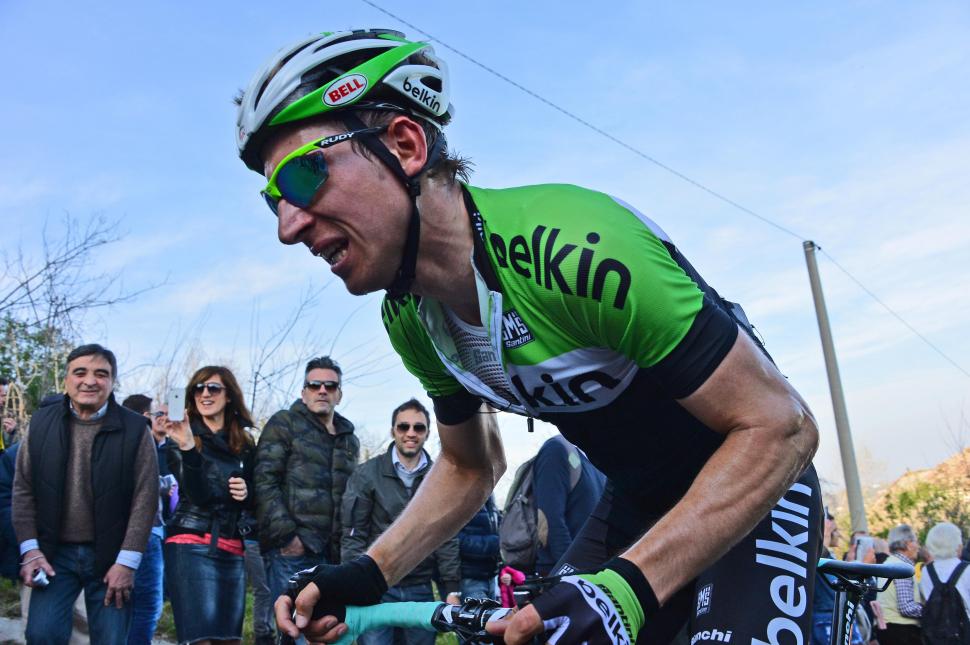 Mollema was taking part in the Stage 7 time trial that brought the 49th edition of the UCI WorldTour race to a close in San Benedetto del Tronto on Italy’s Adriatic coast.

Bauke Mollema caught a bike thief in act on Tuesday right before the start of his time trial. The Dutchman quickly alarmed [we assume they mean ‘alerted’ – ed] a patrolling officer when he saw a person taking off on a Movistar bike. After his time trial Mollema immediately went to the Movistar team bus to check if the bike was found but there nobody was aware of the incident.

A number of teams including Sky, Lampre-Merida and Cannondale have suffered high-profile thefts of bikes and equipment running into six figures in recent months, the work of what are clearly highly organised criminals.

From the brief description given, it is possible that this may have been more of an opportunistic thief, however.

The Dutch rider finished 131st on the stage, 1 minute and 18 seconds behind the day’s winner, Adriano Malori… of Movistar.

There’s no news on who the bike may have belonged to, and with the start and finish of the time trial in the same area, it’s difficult to even hazard a guess.

Only one Movistar rider went out on the course after Mollema, and that was Nairo Quintana, who finished the race runner-up to Alberto Contador on GC.

But with a start time 32 minutes after the Belkin man, we imagine the Colombian was probably warming up at the time and his bike - the team switched form Pinarello to Canyon this year - wouldn't have been in the start/finish zone.

Two Movistar riders did however take to the course in succession with start times that would have got them to the finish just minutes before Mollema started – Benat Intxausti and Igor Anton.

And we do know that Movistar’s British national time trial champion, Alex Dowsett, who for a while had the fastest time, may have had something other than his bike on his mind - as this exchange of tweets with pro-turned-pundit Daniel Lloyd shows:

@daniellloyd1 they have pizza at the Movistar bus, I'm staying put mate