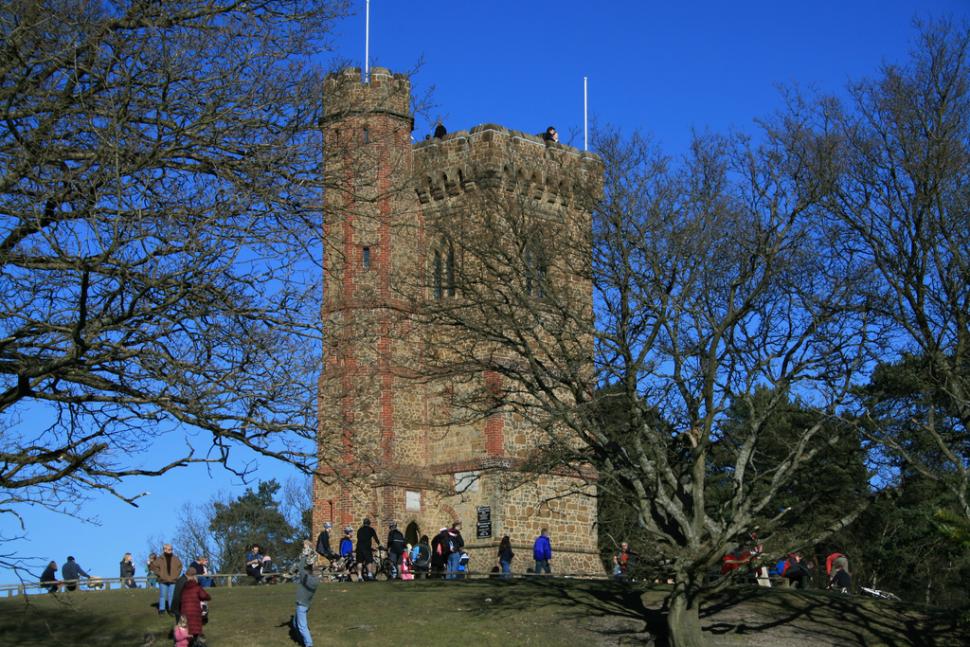 *Well, some people in Surrey
by John Stevenson

They don't just dislike road cycling in Surrey. Objections to people having fun on bikes have kept a new mountain bike trail closed at Leith Hill while Surrey County Council waits for a formal complaint from local equestrians.

The British Horse Society said the track, which has been built on National Trust land, is too close to existing bridleways and the potential combination of horses and cyclists could be fatal.

Bob Milton, from the society, told the BBC that the path was illegal and that the authority had not carried out adequate consultation.

He said: “It has been constructed, it impedes access and it is on a common.”

He said there was clear guidance from the planning inspectorate that had not been followed.

Penny Tyson-Davies, BHS bridleways officer for Mole Valley, told Martha Terry of Horse and Hound that there had been no input rom equestrians into the building of the mountain bike trail.

“If they had consulted the BHS, they would have been told that a fast off-road cycle track alongside and crossing bridleways is out of order. Mountain bikes whizzing in and out of trees, jumping ramps above horses’ heads, around an established sunken horse track, is an accident waiting to happen.”

In a statement, Surrey County Council said it was waiting for Mr Milton to confirm whether he wanted it to investigate his complaint.

It added: “Should he decide to take the matter to the planning inspectorate we will co-operate fully with any inquiry.

“In the meantime we have made a request to the landowners for the trail to remain closed for the duration of any investigation.”

Julie Rand, from the national cycling charity CTC, said: “There are bridleways and tracks all over Surrey that are quite happily co-existing at the moment without too much anguish and they respect each other.

“People are anticipating problems that may not actually arise.”

“We aim to balance the needs of everyone,” he said. “The design will ensure cyclists naturally slow down at crossing points by appropriate turns and signage.”

Rob Fairbanks, of the Surrey Hills Area of Outstanding Natural Beauty Board said: “It is not feasible to ban biking in one of the most popular areas in England. We want to work with the BHS to educate cyclists about the priority that needs to be given to horse riders, so we can all share the Surrey Hills.”

1
"Ludicrous": Disappointed RideLondon cyclists learn safety car will set 22mph pace limit
2
Near Miss of the Day 767: MGIF driver cuts across cyclist at speed on roundabout
3
“Maybe the easiest race I’ve ever done”: Pros enjoy relaxing Giro d’Italia stage six… but could you have kept up?
4
Near Miss of the Day 768: Driver squeezes between two cyclists – but only receives warning letter as rider didn’t “swerve”
5
What happens if you put a giant propeller on a bike? Plus new stuff from Rapha, Campagnolo, Ritchey, Selle Italia, Lezyne + more
6
Cyclist arrested after police force rider off M3 motorway
7
Near Miss of the Day 769: Punishment pass
8
Top American gravel racer shot dead in Texas