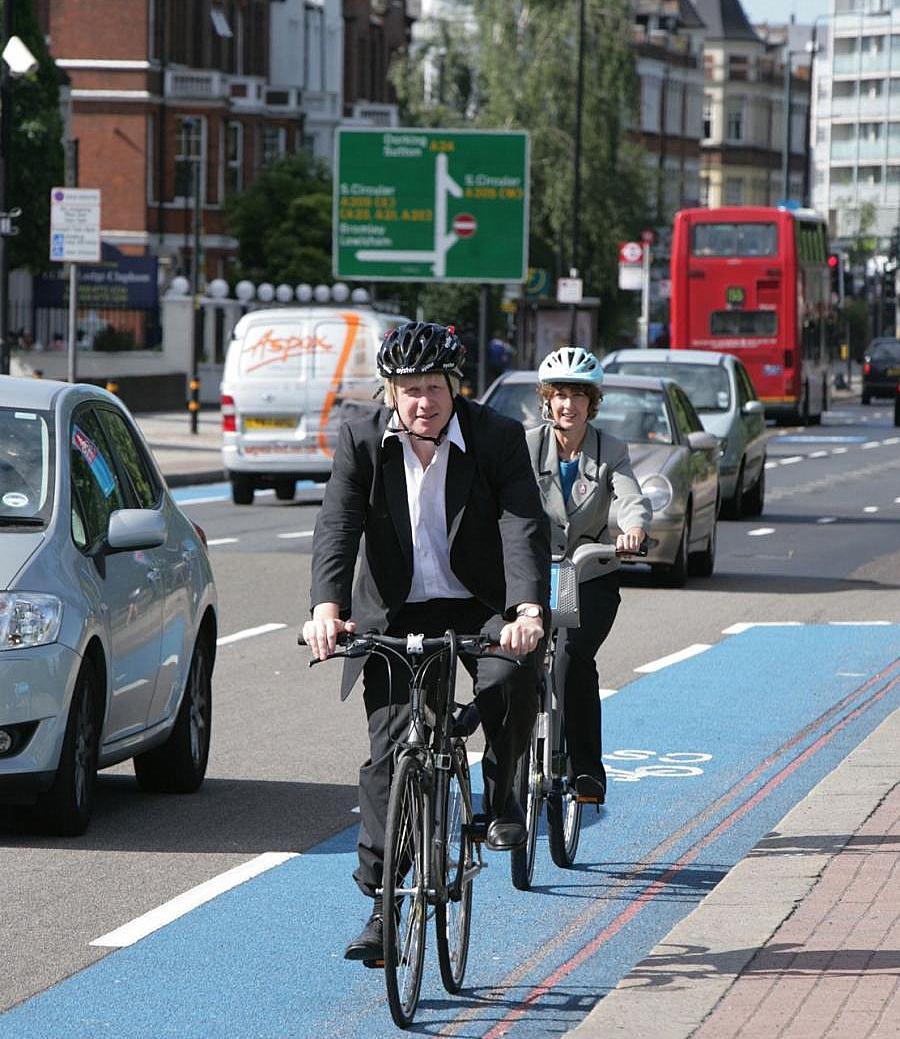 Boris Johnson has added his voice to calls for a cycle route to be built alongside the proposed HS2 high-speed train line from London to Birmingham and, ultimately, Leeds and Manchester. A feasibility study is currently under way on the viability of such a route to be put in place alongside much of the railway line.

That study was ordered last year by the Department for Transport (DfT) and is due to be completed later this year, although according to comments made by Mr Johnson at yesterday’s announcement of ‘Mini-Holland’ boroughs, the Mayor of London seems unaware the issue is already being considered.

Mr Johnson, quoted in The Times, said: “We should turn Britain into a great, great cycling country and we should be investing. Is there a cycle track up the side of HS2? If not, why not?

“If we’re going to have this thing, let’s at least have a beautiful new cycling superhighway all the way up from London to Birmingham.

“Why not do it? I think there should be a national network of major cycle routes,” he added. There is, of course, an existing National Cycling Network, developed and maintained by Sustrans.

The feasibility study was announced in August last year, with the DfT saying:

To help meet our ambition for cycling, we will conduct a feasibility study into the creation of a new cycling and walking route broadly following the High Speed 2 (HS2) corridor.

This would seek to improve links between communities and conventional rail stations and provide enhanced access to landscape, heritage and other sites of interest.

By focusing on the HS2 corridor, we can bring benefits to communities alongside the route as well as support the cycling ambitions of several major cities.

Phase One of HS2, from London to Birmingham, is currently scheduled to be built between 2017 and 2026 with Phase Two, which will see the route extend north via two lines running respectively to Leeds and Manchester may follow by 2032-3.

That may depend on the outcome of the next general election, however, with Labour reported in recent months to be having second thoughts about the £50 billion project, raising the prospect it may be cancelled if the party wins next year’s general election.

For now, however, the feasibility study regarding the potential cycle route is continuing. One of the transport planners involved in it, Phil Jones, told The Times that current thinking was for a mainly traffic-free facility that would link towns lying three miles to each side of the railway line.

“If we get the route right and it links lots of towns together, it would bring health benefits, economic benefits, tourism, and people could travel to stations without having to pay for car parking,” he explained.

He said only parts of it would be immediately adjacent to HS2 and there was “a lot of support” for the project, with consultation workshops having taken place in Manchester and London and set others set to follow in places such as Aylesbury, Crewe, Leamington Spa, Stafford and Stoke-on-Trent.