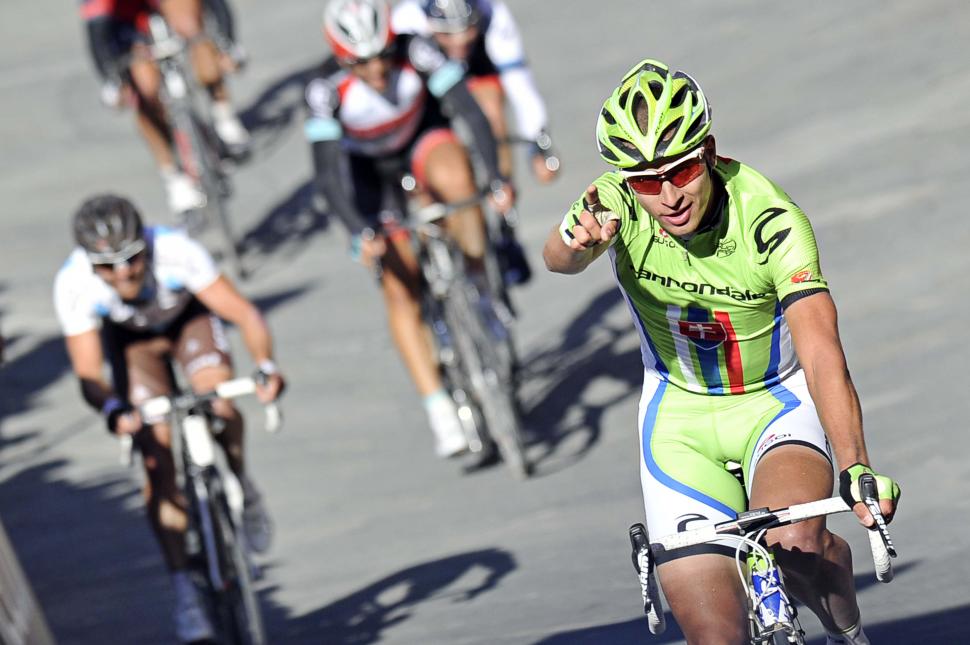 Peter Sagan off to Tinkoff-Saxo - and taking Cannondale with him?

Peter Sagan is reportedly set to move to Tinkoff-Saxo at the end of this season – and he will reportedly be taking bike sponsor Cannondale with him, reports Italian sports daily, La Gazzetta dello Sport.

The Slovak rider’s contract expires at the end of this season. While 1 August is the earliest that new deals can be announced under UCI rules, the Italian newspaper says that agreement between Sagan, Cannondale and Russian entrepreneur Oleg Tinkoff has already been reached.

Sagan, the winner of last year’s Gent-Wevelgem, seven Grand Tour stages and back-to-back green jerseys in the Tour de France, has previously attracted interest from Astana. However, the Kazakh team was reportedly unable to meet the €4 million salary he is seeking.

He has also been linked with the new team Formula 1 racing driver Fernando Alonso hopes to put together for the 2015 season, although that project is far from being finalised.

However, the newspaper says that Cannondale giving up its UCI WorldTour licence could give Alonso the opportunity to secure a fast track entry to the top tier of the sport with his planned new team.

A further twist is that with Specialized currently providing bikes to Tinkoff-Saxo, a change in supplier may put a question mark over Alberto Contador’s future with the Danish team.

The Spaniard, contracted to Tinkoff-Saxo until the end of 2015, has a personal contract with the US brand, and the Gazzetta dello Sport speculates that it could be terminated a year early.

Cannondale, who have been seeking a second sponsor for its current team since Liquigas ended its involvement with the sport at the end of 2012, would reportedly sponsor the team, possibly renamed Tinkoff-Cannondale, to the tune of €6.5 million a year.

As for its existing riders, Ivan Basso, who has struggled to recapture the form that brought him the 2010 Giro d’Italia, is out of contract at the end of this year, and would be likely to head elsewhere.

Under contract with Cannondale Pro Cycling until the end of 2015 are riders including last year’s Strade Bianche winner, Moreno Moser, and the sprinter, Elia Viviani, winner of the opening stage in the 2013 Tour of Britain and twice beaten into second place in a Grand Tour stage.

The Gazzetta dello Sport says that besides Alonso, the French UCI Professional Continental team Sojasun as well as Cannondale Pro Cycling’s manager, Roberto Amadio, may be candidates to pick up its UCI WorldTour licence.