We've tracked down new products from Lezyne, Reynolds and Tektro/TRP at Taipei Cycle today, and here they are...

With more brands going down the disc-brakes-for-road-bikes route, Reynolds are about to extend their range of disc brake wheels, treating it as a serious shift in the market. 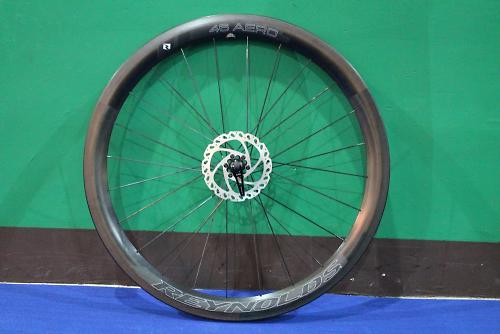 A disc version of the Attack wheel is on the way too. 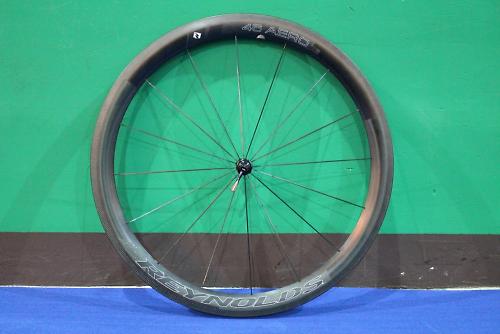 Reynolds will also be offering the 46 Aero in a tubular version some time this summer. 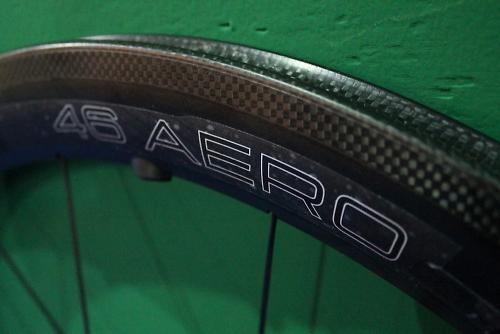 Following that, the 72 Aero will be available in a tubular version, with tub models of the 58 and 90 to follow in the autumn (Reynolds actually say ‘this fall’ because they’re American, but I’m translating this into proper English for you). 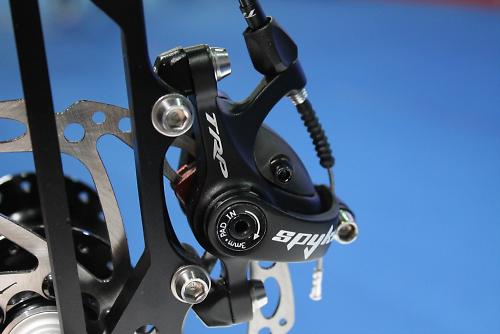 TRP – Tektro Racing Products, the high-end arm of Tektro – are launching a new cable-operated disc brake called the Spyke which is aimed at flat-bar users. It’s essentially a flat-bar version of the existing Spyre and it was actually developed with fat bikes in mind (you know, those mountain bikes with tractor tyres fitted) but it’ll also suit other flat-bar users. 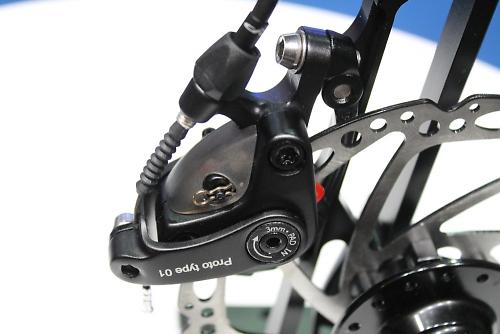 The pictures above shows the Spyke in place but it's easier to see properly in this pic (below). Although this is prototype, the camo finish shown is going to be an option on the final version. 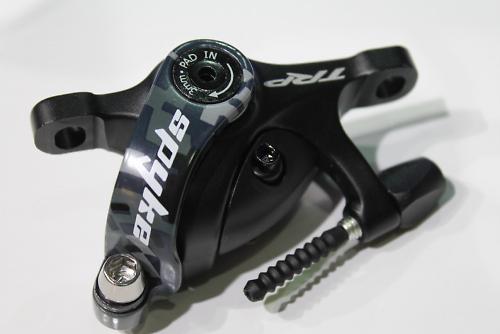 What’s different from the Spyre? Well, the lever pull ratio is different for a start, and there’s an added coil spring to help it return because of the increased movement. The other big difference is the cap that helps keep the pads clean. Tektro call it a ‘snow cap’ because of that fat bike connection, but it’ll obviously provide some protection from mud and gunk too. 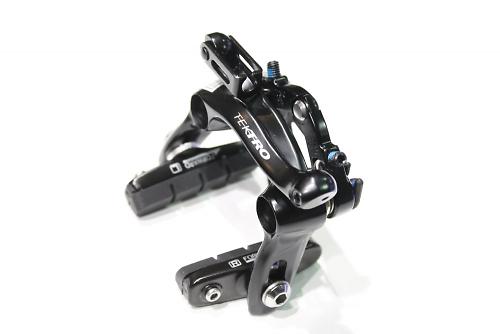 The Tektro T750 and T550 brakes aren’t new but they’re worth a mention here because of renewed interest. Why? Well, you know how Shimano have got more into direct mount brakes over the past few years, and manufacturers like Trek and Felt, for example, have shifted their rear brakes on certain models away from the seatstays to a position behind the bottom bracket?

That’s fine in most circumstances but it can pose a problem with certain crank and bike combinations. If you switch to a Stages power measuring system, for example, there can be a problem with some brakes mounted in this position because there isn’t enough clearance.

With the T750 and T550 brakes, the link is inboard – it doesn’t poke out to the side. That means that it won’t get in the way. Geddit? So if you fit a Stages system to one of Felt’s new AR bikes with the rear brake behind the bottom bracket and you have trouble with clearance, these brakes offer the solution.

Lezyne have a new helmet-mounted LED that combines a white front light and a red rear light: the Macro Drive Duo. It is essentially the existing Macro Drive front light with the addition of a new LED at the back behind a red polycarbonate casing. 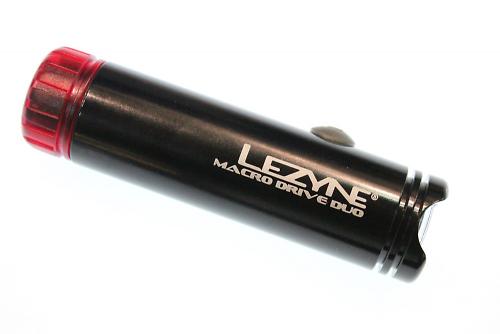 The Macro Drive Duo is rechargeable and will be priced at about £55-£65 (prices have yet to be confirmed). It ships in April. 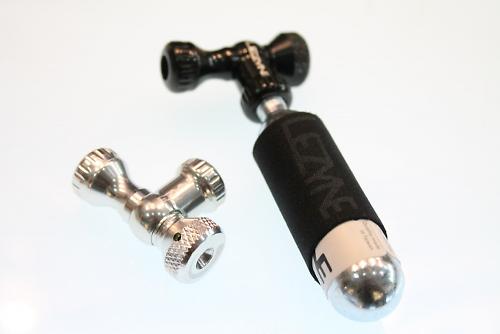 Lezyne have a new CO2 inflator called the Control Drive that looks like a really high-quality option. It takes screw-on CO2 cartridges and then you can control the flow – hence the name, see – via a knurled wheel. Close it and you can stop the flow completely. 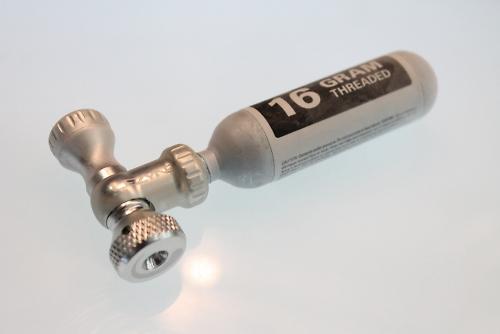 It’s an all-metal construction but not too much of the cold gets transferred over to the twisty wheel. As you can see from this picture taken after a CO2 cartridge was completely emptied, most of the head gets frosty but the wheel part – the bit that you actually touch once the head is in place – doesn’t.

The UK price has yet to be confirmed but it’ll be around $27US. 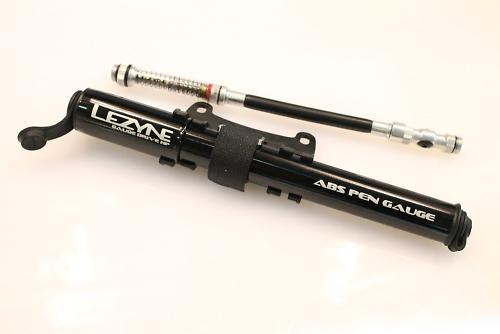 The ABS Pen Gauge comes with a medium-diameter barrel so it’ll get air into your tyres reasonably quickly and a Pen Gauge – the inline pressure indicator on the flex hose – which has been improved with a better display. ABS stands for ‘Air Bleed system’ meaning that there’s a little button that allows you to release the pressure. 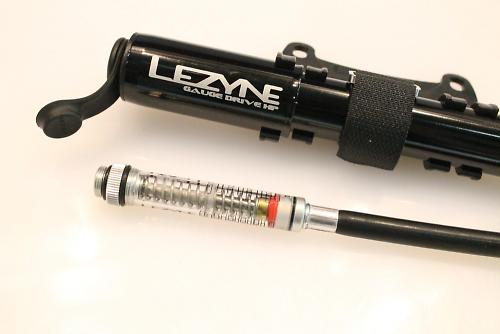 Again, we don’t have a UK price but it’ll be priced at around $50US. 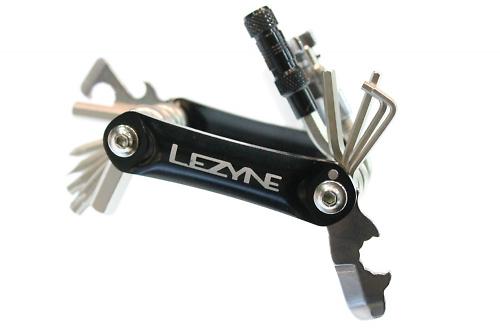 Lezyne have revised their Rap entry-level multitools, adding a 2.5mm Allen key across the range. The side plates have also been altered. They were flat before, but now they’re shaped to be more ergonomic.

This is the 21 function version, by the way, with the LED feature that Lezyne introduced last year. 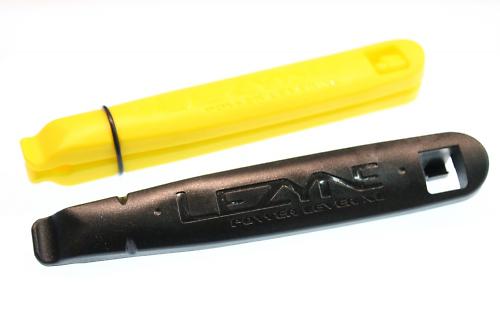 You probably think that life is too short to give tyre levers a whole lot of thought but if road tubeless really takes off – and it might just do that this year – you often need some hefty levers to get tight tyres on and off. Lezyne’s Power Lever XL levers are like their existing Power Levers but – and you’re probably ahead of me here – they’re bigger. Here’s a picture showing both types to prove it… 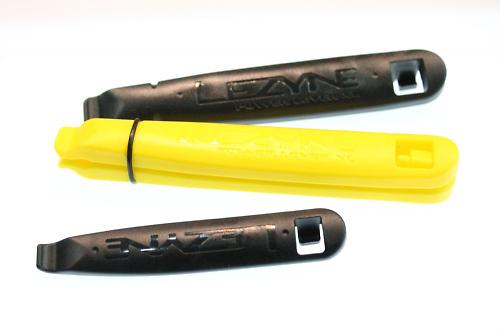 Told you. Like the normal Power Levers, they have a neat little feature on the back to help you get a tyre back on fully once you’ve levered the first bit of bead onto the rim… but that’s probably plenty of information on tyre levers! Moving on…

Lezyne, Reynolds and Tektro/TRP are all distributed in the UK by Upgrade Bikes.