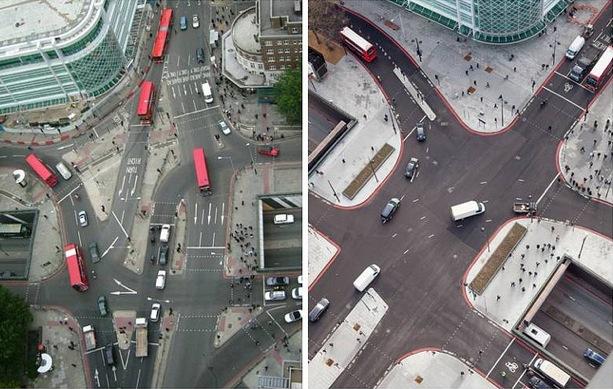 Boris Johnson announces 17 more London junctions that will get £200m overhaul - but will they make roads safer?

Mayor of London Boris Johnson and TfL have today confirmed a number of locations across the capital that will benefit from major overhauls as part of a £4 billion roads programme – with many of the plans said to be aimed at improving the safety of cyclists, as well as providing better facilities for them. But prospective Labour mayoral candidate Christian Wolmar says that his experience of the first to open is that it has made conditions worse.

Wolmar, who says on his mayoral campaign website that Mr Johnson's "transport policies have been stuck in a time warp and simply lead to congestion and chaos," tweeted road.cc to relate his experience riding his bike through Euston Circus last week. The junction, pictured above, reopened officially today.

He said: "I rode through it the other day and found it really dangerous to turn right towards Euston from TCR [Tottenham Court Road, bottom left in the pictures]  - far worse than before." He added: "In what way is that safer for cyclists, pedestrians? Just seems mass of tarmac."

The project, undertaken by TfL along with Camden Council and British Land, was said in today's press release from the mayor to “make the junction safer for cyclists and pedestrians as well as significantly increase space for urban realm.”

Today's announcement comes a week after the mayor announced a £300 million programme aimed at transforming 33 of the “biggest and nastiest” junctions across the capital to make them safer for people on bikes.

Described as “part of the largest investment in the capital's road and street network in a generation,” some 50 projects are now under way following recommendations contained in a report by the Mayor’s Roads Task Force, published last July.

Members of the Task Force include German Dector-Vega, London director of Sustrans, Cyclists in the City blogger Danny Williams, and Tony Armstrong of the charity, Living Streets. It is chaired by Isabel Deddring, London’s deputy mayor for transport.

Mr Johnson said: “Smarter design of our roads and public spaces, exemplified by our radical plans for Elephant & Castle, will play a key role in ensuring that London remains the best big city to live, work and invest.

“We've been hard at work putting the bold and imaginative blueprint of the Road's Task Force into practice and we're now seeing the fruits of that labour at key locations across the capital.”

On top of the 33 schemes announced last week, a further 17 initiatives have been given the green light. Funding for those totals £200 million, and will be met from the TfL business plan and third parties.

A full list of the projects appears at the end of this article. They include the redevelopment of the northern roundabout at Elephant & Castle, with a public consultation being launched shortly regarding dedicated cycling facilities. 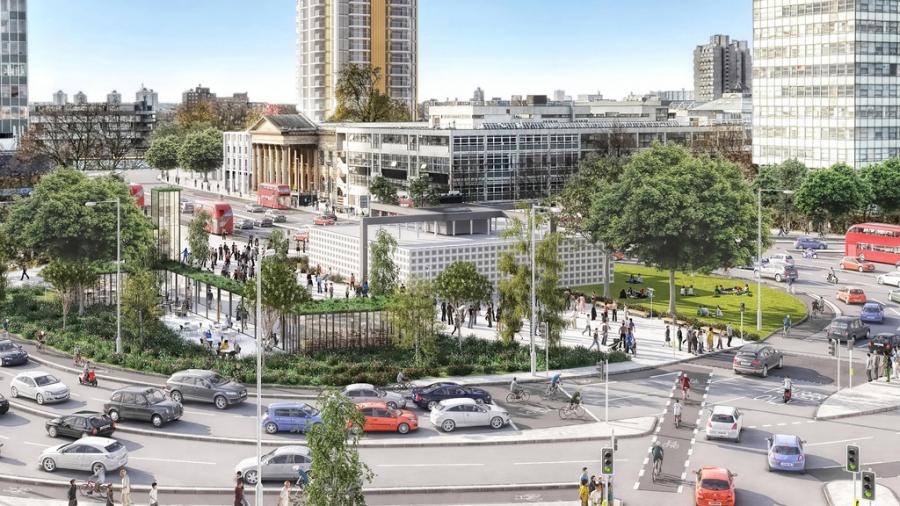 There will also be improvements to the areas around Waterloo and Victoria stations to make them safer and easier to navigate for people on bikes or on foot.

While most of the major junctions that were included in last week’s announcement are in Central or Inner London boroughs, many of those in today’s release are in Outer London.

Those include the Charlie Brown’s Roundabout at the southern end of the M11 in South Woodford in Redbridge, and the Lombard Roundabout in Croydon, both of which will also see improved facilities for cyclists and pedestrians.

Leon Daniels, managing director of surface transport at TfL, commented: “The Roads Task Force was set up to deliver world–class streets and roads fit for the future to support London's population which is set to grow to 10 million people by 2031.

“Balancing the needs of all users, we will be investing millions into transforming London's road network in the coming years, helping to keep the capital moving while creating new, inviting places to work, shop and relax.”

Catherine West, leader of Islington Council and chair of London Councils' transport and environment committee, added: “These schemes, developed in partnership with boroughs, developers, businesses, and Transport for London through the Mayor's Roads Task Force, should offer real benefits for local communities and road users.

“They will better address the needs of all road users, including pedestrians, cyclists and motorists, and have a positive impact on the quality of life for residents.

“We look forward to continuing our work with the Mayor's Roads Task Force to ensure these major projects are a success for Londoners.” 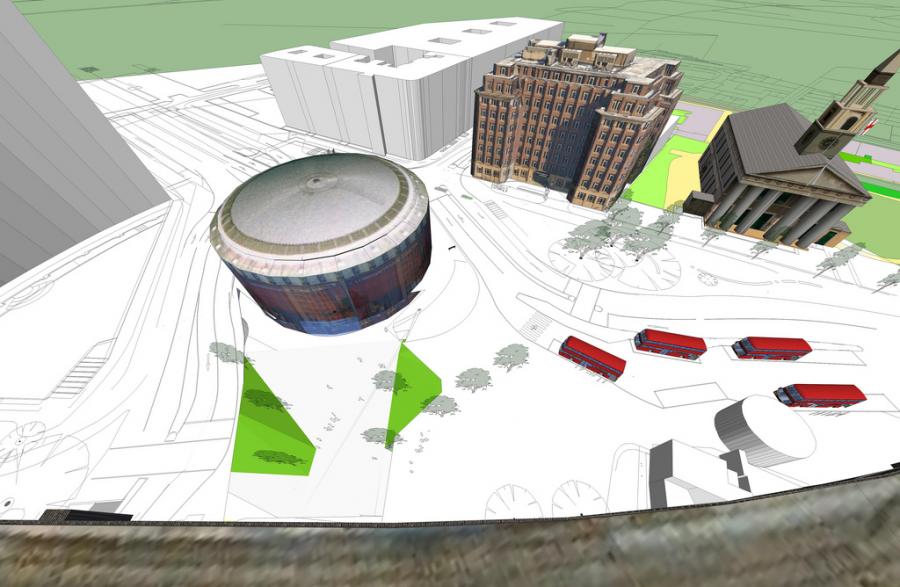 The locations included in today’s announcement, and a summary of the works being carried out there, are:

Brent Cross/Cricklewood – Creation of a new road layouts and public spaces in the area to support new development and improve access to retail, dining and leisure facilities

Euston Road – The creation of better crossings for pedestrians and cyclists, improvements to the local environment and work to support the movement of buses and other road users along Euston Road

London Road Roundabout – Improvements to the roundabout, including facilities to make it safer for cyclists travelling through the area

Malden Rushett – Wider improvements to the A243 Leatherhead Road junction with Rushett Lane and Fairoak Lane, including a big focus on road safety and installation of new pedestrian crossings

Victoria Circus – Improvements to the local area for pedestrian and cyclists to support the major upgrade at Victoria Station.