Xpedo is entering the power-measuring market with its new pedal-based Thrust E system.

The system is contained entirely on the pedal. It’s different from any of the other major power-measuring systems out there in that the data comes from a strain gauge located in the pedal contact area. Having a strain gauge in each pedal allows Xpedo, the high-end arm of Wellgo, to provide you with separate left and right power output. Garmin’s Vector system is also pedal-based but it transmits the data to a head unit via ‘pods’ that are located close to the end of each crank, fixed on the pedal axle. Like the Xpedo setup, Garmin’s can provide individual power output for each leg, but the measurement is made via strain gauges in each pedal axle. Xpedo say that their system collects the raw data from the precise point where the force is applied – the pedal contact area – and requires no further correction. A data transmitter is integrated into the body of each pedal without the need for any additional hardware. Well, that’s how Xpedo describe it, anyway. It might be more accurate to say that the transmitters are already attached to the aluminium body of the pedal and that it’s an integrated design. They sit externally on the bottom of the pedals. It has to be said that the design does add quite a bit of bulk to the underside of the pedal, the concern there, from our point of view, being slightly reduced clearance (obviously, you’ll always take tight corners with your inside pedal high anyway). 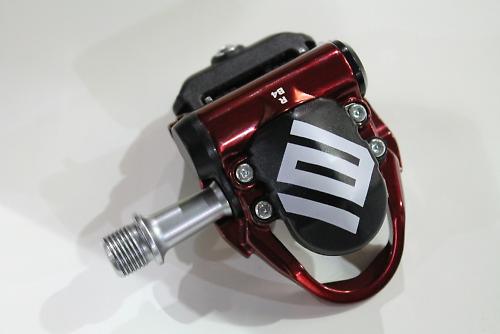 Like Garmin, Xpedo claims an accuracy of +/- 2% for its system (Stages says that its crank-based system is within 2% at 100W and 90rpm, and more accurate than that at higher outputs). 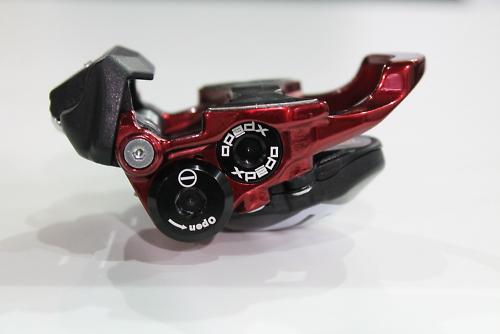 The data is sent using ANT+ so you can display it on many different kinds of head unit including, for example, Garmin Edge computers. Xpedo say that the rechargeable battery in each pedal offers 150-190 hours of use per charge. The pedals weigh 373g per pair, including batteries, and they're compatible with Look Kéo cleats. 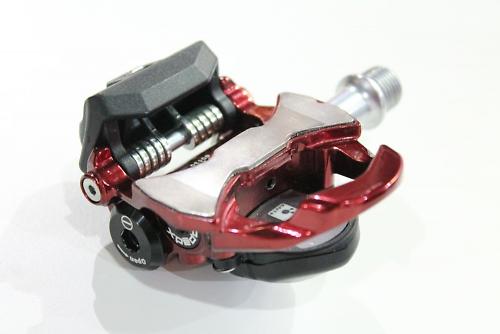 You want to know the price, right? Sorry, we don’t have it yet. These pedals are only just breaking cover here at Taipei International Cycle Show and the cost isn’t yet sorted although Xpedo suggest that we’re talking about the more affordable end of the market. We don’t have details on UK availability either, but we’re working on it.

Update: We've today had the chance to visit Xpedo at Taipei Cycle to get some clearer photos which are now included in the gallery. Unfortunately, Xpedo were unable to give us any news on pricing; they simply don't know yet. In terms of availability, they're aiming to have the Thrust E pedals ready for launch at Eurobike which takes place at the end of August.