It's stiffer, has the classic star shaped Colnago tube profile and the disc version is lighter than the C59 Disc
by David Arthur @davearthur

Colnago has launched the new C60, which will be available with or without disc brakes. There is a new bottom bracket press-fit standard, oversized tubes and new alloy dropouts, contributing to a frame that is significantly stiffer than the previous C59 say Colnago. And they say the C60 Disc is 140g lighter than the C59 Disc. 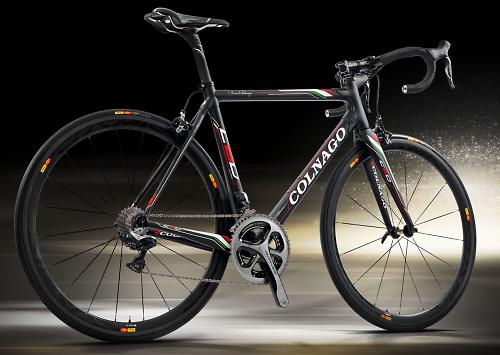 According to Colnago there are no round tubes on the new C60. They’re using star-shaped tubes and lugs that is a homage to the famous Master steel frame which helped the company make its name. “Star-shaped tubes are a proven design element and have become a signature design element for Colnago frames,” says Colnago. It adds that the full-length star shape “allows better control of the wall thickness and lamination of the entire length of the tube” which it regards as a step forwards for strength and comfort. Bold claims indeed. 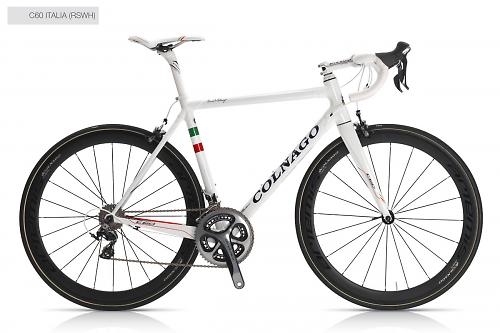 Key to the claimed increase in the C60’s stiffness is an all-new bottom bracket junction, with Colnago’s brand new press-fit standard, ThreadFit82.5. Colnago say they looked at the currently available standards and decided none met their requirements, so developed a new one. The key is the wider shell and removable threaded sleeves which can easily be replaced. It’s compatible with all versions of Pressfit 86.5 BB says Colnago. 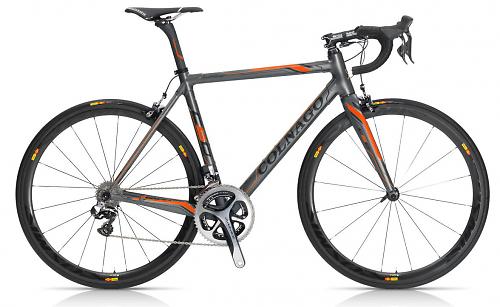 Making the bottom bracket shell wider has allowed Colnago to increase the diameter of each tube that terminates there. That’s the down tube, seat tube and chainstays. Increasing their respective diameters has contributed to the increased stiffness and certainly increasing the diameter of a tube is an obvious way to gain more stiffness, and with carbon you can do so with very little weight penalty, if any at all. 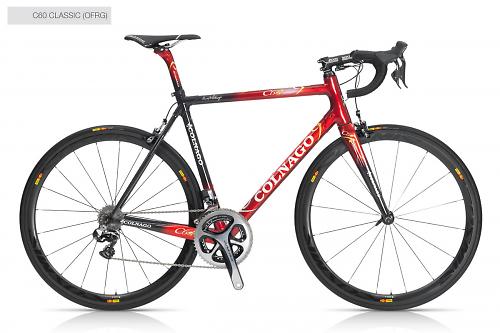 The down tube then is all new, much more oversized than the C59. With the new bottom bracket Colnago have been able to increase its diameter to a 66x52mm square section, up from about 44mm of the C59. Colnago claims this leads to more efficiency and yet reduces weight, but by how much it’s not clear. And like the top tube, the profile retains the star-shape that was a Colnago's trademark in steel. 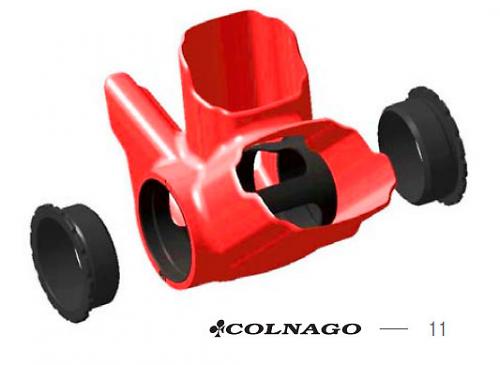 Wider too is the new seat tube, a maximum of 51.5mm, compared to the C59’s 34.9mm.  It’s asymmetric in shape as it reaches the bottom bracket, to allow space for the front mech. Despite the prevalence of skinny 27.2mm seatposts, Colnago sticks with a 31.6mm post, saying the reason is to “maximise lateral stiffness and quick response to handling input favoured by Colnago’s professional racers.” A reminder, if it were needed, that this is thoroughbred race bike designed for the toughest racing. 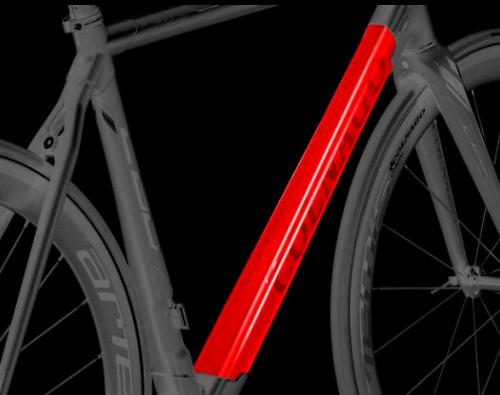 The chainstays are much larger in size, and are about twice the height at the bottom bracket as they are at the dropouts. Internal reinforcing ribs further stiffness them up. Colnago reckons  the tapering of the chainstays allows a degree of vertical flex to offer some comfort. 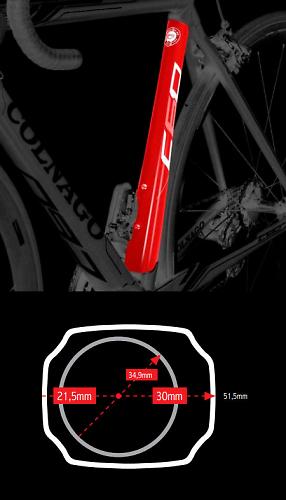 New CNC-machined one-piece dropouts have been developed for the C60. The company claims they’re lighter than a dropout made from carbon, and are stronger and stiffer. The mech hanger is replaceable, and they’ve cleaned up the internal routing for electronic groupsets. These dropouts have also been developed with disc brakes in mind. The disc-specific dropouts mount the brake caliper inside the rear triangle, and use co-moulded post mounts with threaded inserts. They’re claimed to be lighter and stiffer than the disc mount dropouts used on the C59. Rear wheel spacing is a standard 135mm. Colnago will offer the C60 in multiple paint finishes, divided into the Race, Classic and Italia ranges, all of which you can see in the gallery up top.

It’s been 20 years since the Italian company first launched the C40, a bike which scooped victories at Paris-Roubaix five times in just six years, thus proving the capability of carbon fibre as a frame material choice, if ever it were needed.

It was replaced by the C50 in 2003, which took the tube and lug construction process and shaved weight and also increased stiffness through the use of larger diameter tubes. Then came dedicated frames for sprinting and climbing, with the Extreme Power and Extreme C respectively, and followed by the EPS. 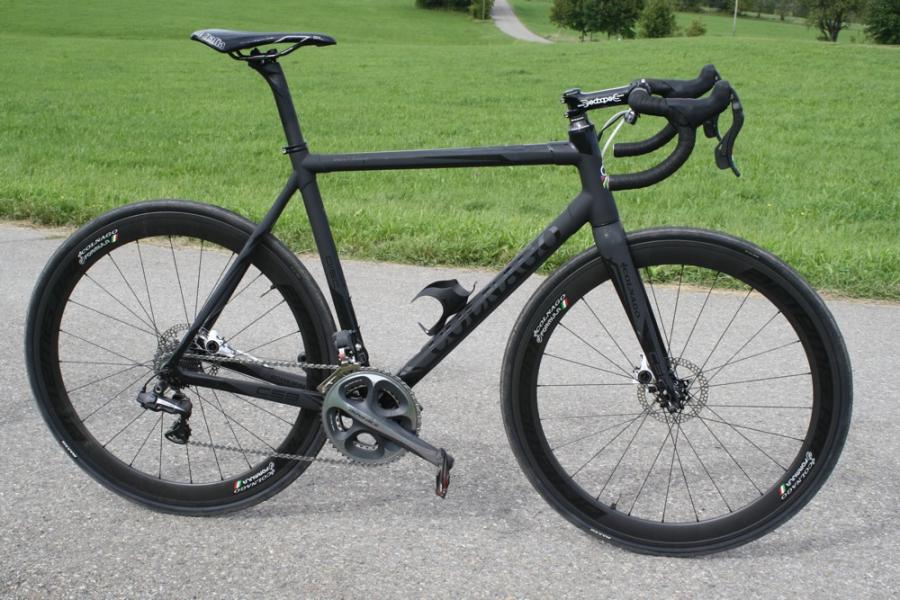 The C59 Italia (here's our review) was introduced in 2010, still keeping with the same construction method but this time with oversized lugs, internal cable routing and compatibility with electronic groupsets. A disc version of the C59 was later added in 2012, and we got a first ride at its launch that year.