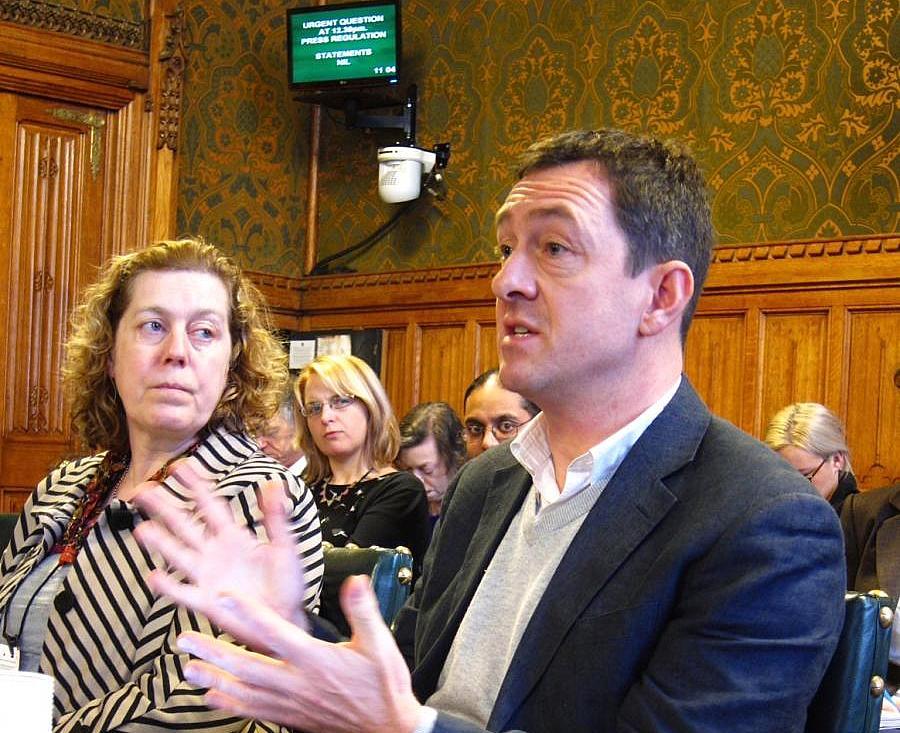 Chris Boardman at the Get Britain Cycling Inquiry

Chris Boardman: "Helmets not even in top 10 of things that keep cycling safe"

British Cycling policy advisor Chris Boardman says it’s time for the cycling community to put the debate about mandatory cycle helmets to bed and get across the message that helmet use is one of the least important cycling safety measures.

Even talking about making helmets mandatory “massively puts people off” cycling, Boardman said, and likened the culture of helmet use among keen cyclists to people wearing body armour because they have got used to being shot at.

Talking to road.cc at the London Bike Show, Boardman said, “I think the helmet issue is a massive red herring. It’s not even in the top 10 of things you need to do to keep cycling safe or more widely, save the most lives.”

You’re being shot at, put on body armour

Boardman returned to an analogy he has made before, and which even he admits is a bit melodramatic, though it gets the point across

“It’s a bit like saying ‘people are sniping at you going down this street, so put some body armour on,’” he said.

Government encouragement to wear helmets was therefore “a big campaign to get people to wear body armour, by the people who should be stopping the shooting.”

Widespread use of helmets, he said, sends the wrong message.

There’s a better solution to the problem of cycle safety, Boardman said. In the Netherlands, just 0.8 percent of cyclists wear helmets yet the Dutch have the lowest rate of cycling head injury, thanks to segregated cycling infrastructure. Thirty percent of journeys in the Netherlands are made by bike, he said, and 50 percent of children’s journey to school.

Yet there’s also an almost-fanatical, knee-jerk devotion to helmet use among enthusiast and sporting cyclists.

Boardman said: “People who are wearing body armour get used to being shot at, when it’s the getting shot at that’s the problem.”

Talking about helmets had become a time-consuming distraction, he said. “We’ve got to tackle the helmet debate head on because it’s so annoying,” he said. “It gets a disproportionate amount of coverage. When you have three minutes and someone asks ‘Do you wear a helmet’ you know the vast majority of your time when you could be talking about stuff that will make a difference, is gone.”

He said the focus on helmets had made cycling seem more dangerous than it really is.

Like many cycling advocates, Boardman wants to see cycling presented as a normal, everyday activity.

“A few moments later another guy came down, in shirt sleeves, with a leather bag on his back, just riding his bike to the station.

“Which one of those makes me want to [ride]?”