Bar Fly has launched two new Garmin mounts based on its latest out-front mount that we reviewed last year, and has revealed a new GoPro product too. Plus there's a first glimpse at a new saddlebag coming soon.

The new Bar Fly for Fizik has been designed specifically for the Italian company’s new range of stems, which we previewed recently. The mount fits into the slot in the face plate, so installing it does require first removing the faceplate entirely. Once fitted though it looks very clean, and it leaves your handlebars free of clutter and ensures the Garmin is mounted bang in the middle. It’s also bound to be lighter, though Bar Fly doesn’t offer a weight. It’ll cost £29.99. Do you use a integrated handlebar and stem like Peter Sagan? If the answer is yes, then you’ll be interested in the new Spoon Mount, which makes use of the two bolts that most one-piece bars have underneath the stem, for mounting a Garmin Edge in front of the handlebars. It’s compatible with the Deda Alanera, Cinelli Ram, Pro Stealth Evo, Most Talon and FSA Plasma. The Spoon will cost £29.95. 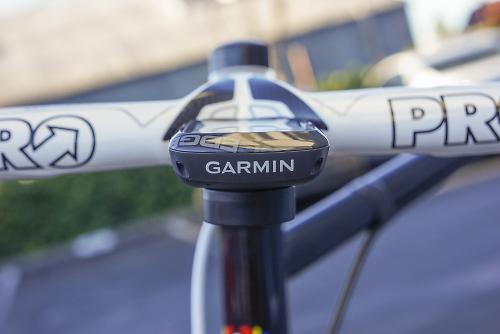 Like the regular Bar Fly 2.0 mount, both of these mounts offers two fitting positions, making them ideal for the smaller Edge 500 or 510, and the large 800 and 810. The Shimano Di2 or Campagnolo EPS control box can also be fitted to the underside of the mount, so a bit tidier than zip tieing to the stem or cable.

Using a twin clamp design, the Bar Fly for GoPro is a smart alternative mount if you want to fit the video camera to the handlebars. The twin clamps use quick release levers so it’s quick to fit and remove. It’s a flip-flop design so you can adjust the height of the camera in relation to the bars. It’ll only fit 31.8mm handlebars and is won’t damage your carbon bars.  It costs £49.95. 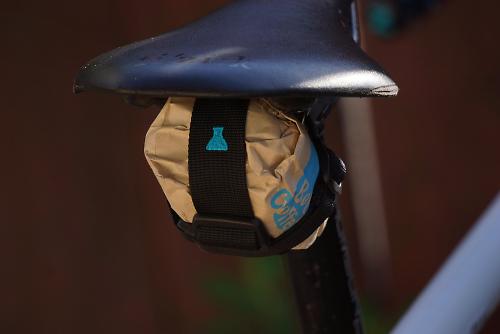 The last new product is a bit of a departure for the company, but we don’t yet have any details to go on, just the name, Hopper, and that it’s a saddlebag. Soon as we know more, we’ll update you. As a bit of a fan of super minimalist saddle bags, this looks like a very tidy saddle bag with a couple of simple Velcro straps securing it to the saddle rails. Though it does look suspiciously like it’s just a pair of Velcro straps, and you supply your own bag, which in this case looks a bit like a coffee beans bag.