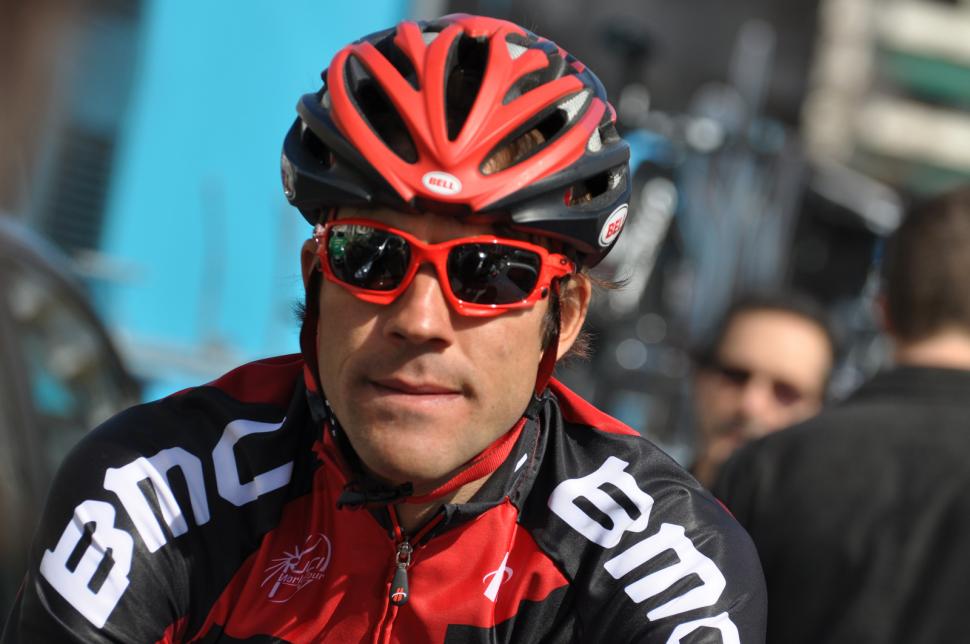 Evolution has programmed us to spot physically talented people and find them attractive, says boffin
by John Stevenson

Research published in the Royal Society’s journal Biology Letters says that both women and men rate successful Tour de France cyclists as more attractive, even when they don’t know who they are.

Erik Postma of the Institute of Evolutionary Biology and Environmental Studies, at the University of Zürich, Switzerland wanted to know if variation in endurance performance was associated with variation in facial attractiveness.

To find out, he used an online survey to show photos of riders from the 2012 Tour de France to  816 people, 72% of whom were female, and asked them to rate the riders for attractiveness, masculinity and likeability. Their scores were excluded if they recognised the rider.

Dr Postma said: “I found it indeed is the handsome guys who finish first.”

There was a significant correlation between riders being rated as handsome and their success in the Tour.

"To my initial surprise, I found a positive relationship between the two and it was actually quite strong," he told BBC News.

"If we took the 10% best riders and compared their performance to the 10% worst, we found the best were on average 25% more attractive than the worst ones."

"We don't know what people are picking up in the faces that is signalling the riders' performance."

However, that year’s winner, Bradley Wiggins, was not included among the 80 riders people were asked to rate because he was wearing sunglasses in his race portrait.

“This association between looks and performance is in line with human endurance performance having been shaped by selection in our evolutionary past,” Dr Postma said.

“Across cultures, women place a lot of value on the provisioning ability of their prospective partner.”

The implication is that women have been programmed by evolution to find attractive men who are physically talented. And not just women. When Dr Postma pulicised the survey and asked veryone he knew to pass it on, some men said they couldn’t do it.

“I got lots of emails from men that were almost offended,” Dr Postma told NBC News. “They said ‘No way I can judge the attractiveness of other men’.”

But he a couple of hundred men took part anyway. “It turned out they know very well what women find attractive,” he said. “If you think about it, it is probably not so surprising.”

Not only do men need to know who the competition is, but it’s useful for the survival to know who to help catch dinner.

However, the correlation between success and attractiveness isn’t a hard and fast one. The rider rated best-looking among the 80 in Dr Postma’s sample was Amael Moinard of the BMC team, who finished 45th in the 2012 Tour.

The paper, 'A relationship between attractiveness and performance in professional cyclists' is available in full on line.