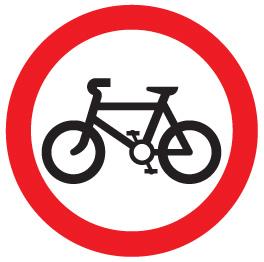 Pop-up anti-terrorism barriers at Edinburgh’s Waverley Station are turning out to be a serious hazard for cyclists, with several reported incidents of riders being injured after hitting the £1 million obstacles.

According to David O’Leary of the Edinburgh News, a 50-year-old man was sent flying over the handlebars in the most recent crash, yesterday morning. He was helped by a commuter with first aid experience before being rushed to the Royal Infirmary with what a Scottish Ambulance Service spokesman described as “severe head injuries”.

This is believed to be the fourth such crash this week as riders try and get to grips with the barriers.

Spokes’ Ian Maxwell said: “Network Rail needs to better indicate to cyclists the correct way to enter the station. There’s a major problem there, as shown by the number of accidents.”

But station management said it was cyclists’ responsibility to see and obey the warning signs.

A Network Rail spokesman said: “There are No Cycling signs at the top and bottom of the south ramp and cyclists should not use that ramp due to the risk of colliding with the barrier system. The north ramp – nearest Princes Street – has been adapted to allow cyclists enough room to cycle up and down and we would encourage all cyclists to use that ramp. We are also continuing to staff the ramps to discourage misuse of the system and assist permitted vehicles using the station.”

Signs at the top of the south ramp warn cyclists not to enter the underground station by this route, but it seems these are being ignored or riders are not seeing them.

A cycle lane has been included in the north ramp so that cyclists can get in and out of the station, bypassing the new barriers.