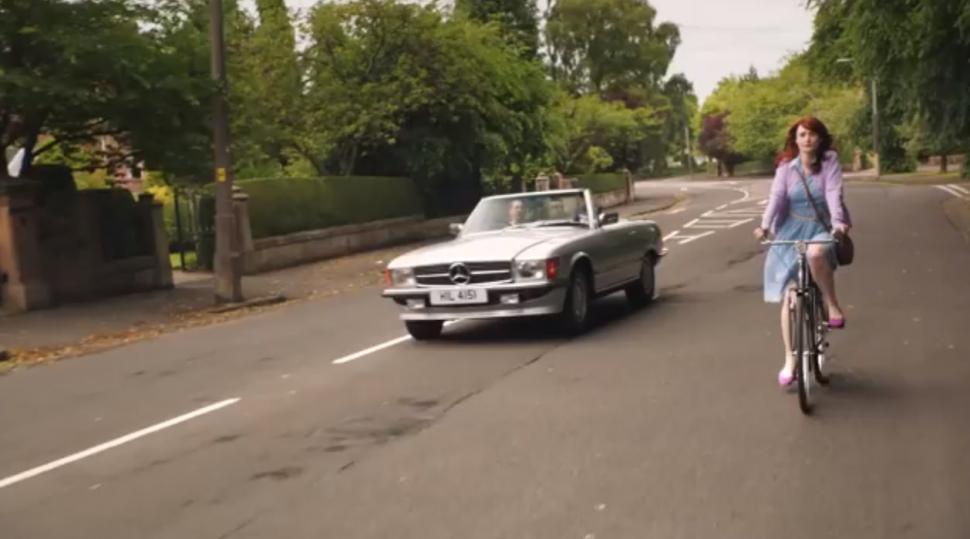 The Advertising Standards Authority (ASA) has said it has withdrawn its formal ruling against Cycling Scotland’s ‘See Cyclist. Think Horse’ advert, announced yesterday, “pending the outcome of an Independent Review.

The ASA’s decision, based on the fact that a cyclist depicted in the advert was not wearing a helmet and its assertion that she should have been riding 0.5m from the kerb, attracted widespread condemnation from cycling organisations and ordinary cyclists alike, with more than 3,400 people signing a petition calling for the ban to be overturned.

In a statement issued this morning, the advertising watchdog said:

The ASA has withdrawn its formal ruling against a Cycling Scotland ad pending the outcome of an Independent Review. That followed a request from Cycling Scotland, in which it argued that the ASA’s criticism of the positioning of the cyclist was incorrect. The decision to withdraw was made by the ASA Chief Executive in light of a potential flaw in our ruling. Once the Independent Review process is complete we will publish our decision on our website.

After its decision was made public yesterday, the two MPs who co-chair the All Party Parliamentary Cycling Group (APPCG) wrote to the ASA urging it to reconsider its decision to ban the advert, describing the move as “unreasonable, inconsistent, and dangerous” and pointing out what they saw as flaws in its reasoning.

In their letter which was sent to the ASA’s chief executive Guy Parker and copied to its chairman, Lord Smith of Finsbury, Dr Julian Huppert MP and Ian Austin MP said they were “surprised” to learn of ASA’s adjudication, adding, “It seems to us it is a poor and inconsistent decision, and liable to put people at risk, and we urge you to reconsider it.”

The MPs pointed out that the ASA’s insistence that the one of the cyclists shown in the advert should have been wearing a cycle helmet “is not a requirement of UK law, and the Government has made it clear that they have no intention of making it so.”

They continued: “If the ASA position is that advisory comments in the Highway Code are to be taken as binding, does the ASA intend to ban, for example, adverts depicting pedestrians at night not wearing reflective clothing, as per rule 17?”

Much of the discussion yesterday of the ASA’s ruling surrounded its insistence that the cyclist should be riding no more than 0.5 metres from the “parking lane” or the kerb.

Dr Huppert and Mr Austin said: “We would be grateful if you would confirm what a parking lane is in this context, as it is not a recognised term in the Highway Code.”

The MPs went on: “We would be grateful if you could let us know where the limit of 0.5m from the kerb… comes from. There appears to be no guidance in the Highway Code to that effect, and so the basis for any enforcement of this by the ASA seems obscure. Indeed, forcing cyclists to ride within 50cm of parked cars is actively dangerous, given the risk of injury and death from doors being opened.”

The ASA also noted that a car shown overtaking the cyclist in the advert, which was aimed at showing how much space motorists should give people on bike, “almost had to enter the right lane of traffic.”

The Highway Code itself illustrates Rule 163, which says drivers should give cyclists as much room as they would a car when overtaking a cyclist, with  a picture showing a car that is almost entirely in the right-hand lane.

The APPCG co-chairs asked the ASA: “Would you therefore intend to ban any advert showing a car overtaking another car and going into the right hand lane?”

Cycling Scotland said yesterday that it was planning to appeal the ASA's decision.