After a couple of years apart, Mark Renshaw has joined Omega Pharma-Quick Step to be reunited with Mark Cavendish. The change of team also means a new bike for Renshaw, switching from Giant to Specialized.

Like Cav, he’ll be riding the Venge, the US company’s dedicated aero bike. Renshaw gave his new bike and kit its first public outing at the recent Tour Down Under, where the team also unveiled their new jersey design for the first time. 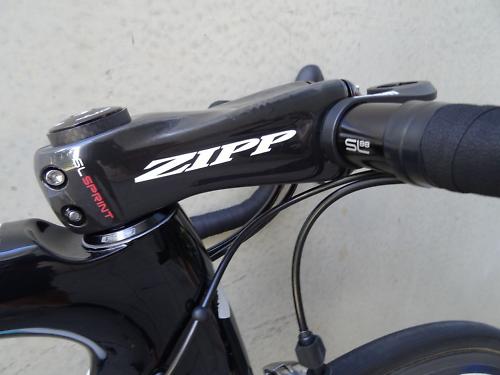 At He's 5' 10" tall, Renshaw rides a 54cm size frame with a 120mm stem.  Naturally, the stem is ‘slammed’, with just one 5mm carbon spacer above the stem. The SL Sprint stem from Zipp is claimed by the company to have the highest stiffness-to-weight ratio of any stem on the market.

The team is supplied by SRAM and will use its RED 22 groupset, the company’s new 11-speed offering - this is the first season when we'll see all the teams on 11-speed bikes. The only notable exception is the Specialized S-Works crankset, which Specialized likes to see its sponsored teams using. Renshaw used a 53/39 chainset partnered with an 11-26 cassette out back for the TDU. He rides standard 172.5mm crank arms. He’s also using SRAM’s Quarq power meter, housed in the driveside crank, to measure his power. A Quarq-branded Garmin Edge is used to display and record the data, and is mounted on the bars using SRAM’s out-front mount. 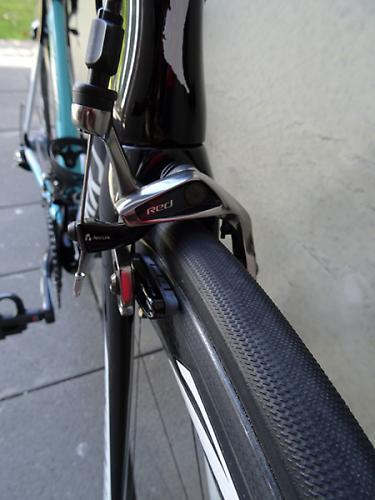 The choice of Zipp 404 Firecrest Tubular tyres is one we’ll see Renshaw race most of the season. He’s using narrow 40cm Zipp Service Course SL-88 handlebars. There has been a bit of a shift towards narrower bars among the sprinters, regardless of their height, most likely in an effort to reduce their frontal surface area and improve aerodynamics. 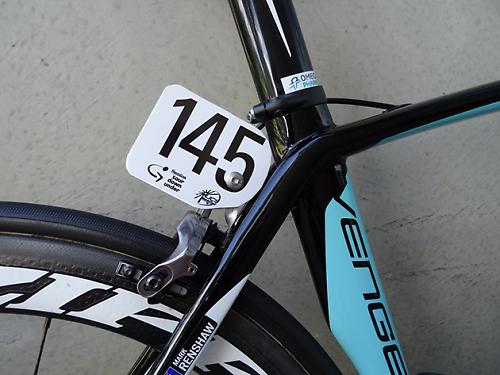 The Venge draws on the F1 team's aerodynamic expertise with a a 3:1 airfoil fork with a narrow leading edge, along with a narrow (1 1/8in at the top to 1 3/8in at the crown) tapered head tube to minimise the frontal area leading to a reduction in drag. The shaped seat tube curves around the rear wheel and the seat stays have an airfoil shape with a flat outer surface and rounded inner surface to improve the performance in crosswinds. Naturally, cables are routed internally.

Photos reproduced with kind permission of SRAM. More at www.theroaddiaries.com