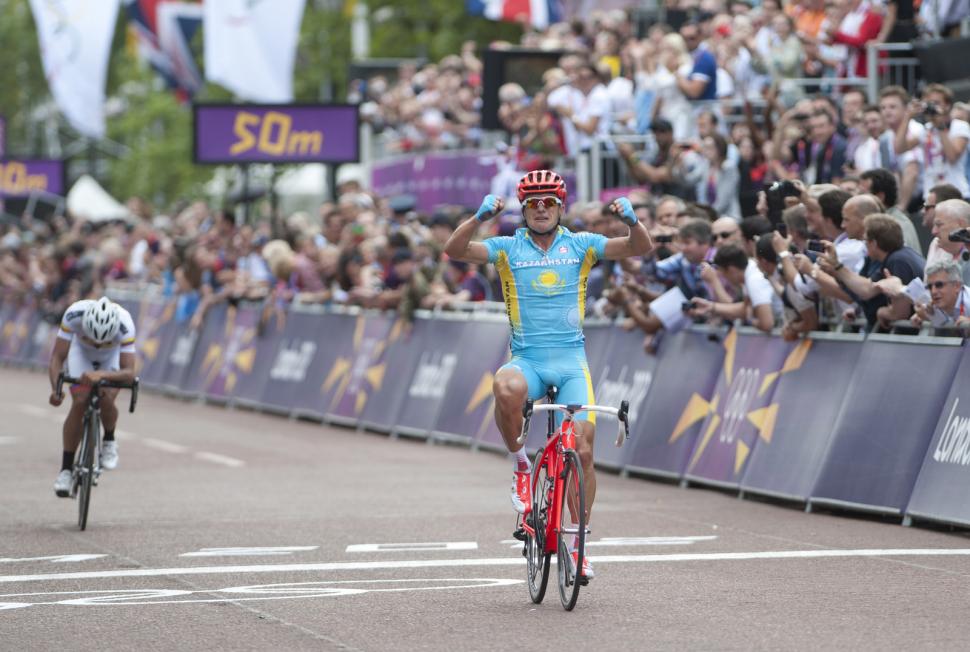 A Dutch company is producing a film that will tell the story of Olympic road champion Alexandre Vinokourov, the Kazakh cyclist who won some of cycling’s biggest races during a career overshadowed by a doping ban and allegations of buying his 2010 victory at Liège-Bastogne-Liège.

According to Kazakh website Tengri News, the film is being produced and written by Peter Berman, and will follow Vinokourov’s career from his very earliest days, with the woman who helped deliver him telling his mother at his birth: “I don't know what this boy is going to become, but he will bring a great fame to our nation." Prophetic words indeed.

It will follow his rise through the youth ranks to become part of the USSR team, and will also go on to tackle issues including the doping scandal at the 2007 Tour de France that resulted in Vinokourov being banned for one year and his Astana team being excluded from the race the following year.

During that race, which he began as one of the favourites, Vinokourov lost time after a bad crash on Stage 5 that left him with severe cuts, bruising and lacerations, but despite his wounds he won the Stage 13 individual time trial, and he also won Stage 15 in the Pyrenees.

However, a sample taken from him after his time trial victory provided evidence of an illegal blood transfusion and Astana left the race at the request of organisers ASO, with the cyclist being banned for a year then announcing his retirement.

The episode appears set to receive a sympathetic treatment in the film. Tengri News says: “According to the script, the banned substances got into his blood through painkillers that were prescribed by doctors after he had an injury during one of the stages of Tour de France.”

Vinokourov emerged from retirement in 2009 to ride the Vuelta, a race he had won in 2006, his decision to rejoin Astana team, which had suffered a cashflow crisis during the year but won the Tour de France through Alberto Contador with Lance Armstrong third, putting him in conflict with manager Johan Bruyneel, the latter pair leaving at the end of the season.

In 2010, Vinokourov won Liège-Bastogne-Liège, but it was later reported by a Swiss magazine that he had offered Katusha rider Alexandre Kolobnev €150,000 to take it easy in the finale to let him win.

The UCI announced in December 2012 that it had opened a formal investigation into those allegations as a result of information that came to light during the Padua investigation in Italy, but it is unclear what stage that reached.

In the meantime, Vinokourov had sealed his status as a national hero in Kazakhstan by winning the Olympic road race in London in July 2012, getting away from the front group with Rigoberto Uran on Putney High Street then outfoxing the Colombian to clinch gold on The Mall.

He retired shortly afterwards and is now the general manager of the Astana team he helped found.

Berman told Tengri News that negotiations are ongoing between the unnamed Dutch company and the Kazakh Ministry of Culture and Information but that European investment will be needed to finish the film, which he hopes to complete this year.