Mechanical disc brakes, steel frame and fork and lots of versatility, we check out Charge's £1,099 Plug 4
by David Arthur @davearthur

This here is Charge’s second-tier Plug, the Plug 4. It costs £1,099 and features a Tange Infinity chromoly frame and fork, Shimano 105 groupset and mechanical disc brakes. We were originally testing the more expensive Plug 5, but that had to go back when SRAM recalled its hydraulic disc brakes - it had S-700 hydro discs fitted. Stu had tested it and everything right down to -6°C out on Salibury Plain so that's on hold until SRAM come up with a fix, in the meantime we've got the Plug 4 to play with. 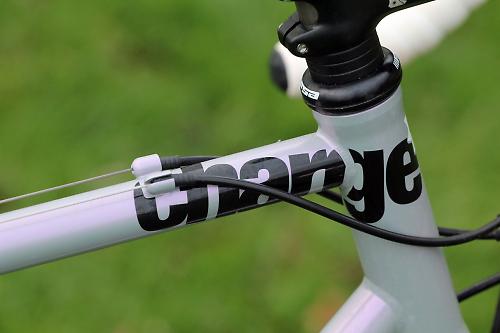 IIn essence it is very much the same bike, but instead of hydraulic disc brakes it has mechanical brakes. It’s the same on the entry-level Plug 3, which costs £849.99. The three bikes that make up the Plug range all share a similar frame designed to be as versatile as you want or need it to be. It can take mudguards, racks fit no problem and there’s space for wider tyres. You could use it for touring, daily commuting, Sunday rides. You could even do a sportive on it. 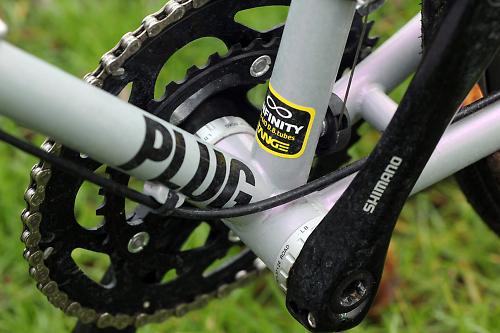 The Plug 4 has a Tange Infinity tubeset, compared to the Tange Prestige on the Plug 5, so it’s carrying a little more weight in the frame. It shares the same skinny tubed aesthetic, along with the same Tange Infinity chromoly fork. The frame is disc-specific, there are no caliper brake studs on the fork or seatstays, so it looks very clean. The rear wheel spacing, in case you’re wondering, is 135mm. They use regular quick release axles and the rear caliper is mounted inside the frame stays, so fitting mudguards and racks to the eyelets on the dropouts is easy. The discs in question are  Pro Max DSK-717R cable disc brakes with 160mm rotors front and rear. I can’t recall road.cc having tested these brakes before so it will be interesting to see how they compare to the likes of Shimano, Avid and TRP offerings. Transmission duties fall to a Shimano 105 groupset. There’s an 11-28 cassette on the rear wheel and a compact 50/34 chainset, so even laden up that’s a good spread of gears for getting up climbs. Cable routing for the front and rear mech is across the top of the top tube, a nod towards the Plug’s cyclo-cross roots. 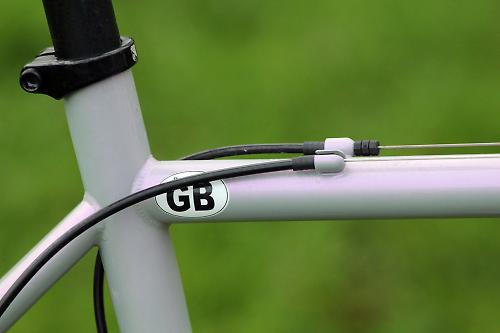 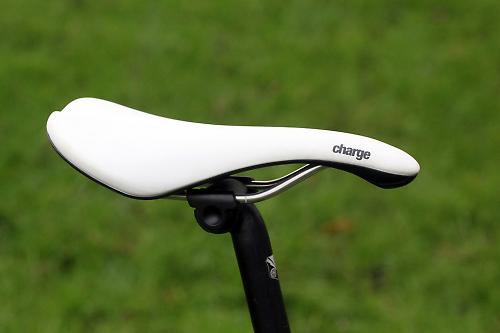 Charge provide most of the finishing kit. The excellent Scoop saddle is smartly colour matched to the Charge U-Bend bar tape. A Shield Lite handlebars, stem and seatpost complete the build. It’s all nice looking kit, the bars appear to have a nice shape and reach upon initial inspection, and the bar tape has a good feel. 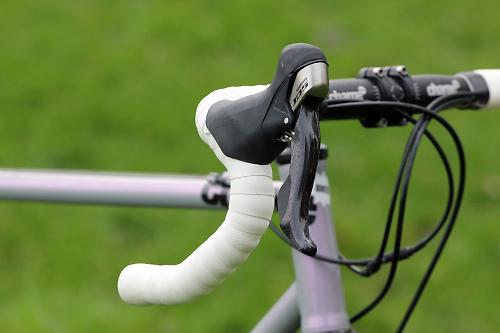 Weight on the scales is 11.03kg (24.31lb). That makes it a bit heavier than the more expensive Plug 5, some of that difference will have been in the posher tubing as well as the components specified. It’s a bit heavier too than the similar steel-framed and mechanical disc brake-equipped Genesis Equilibrium Disc, on the other hand it's also £400 cheaper than the Genesis, but it's a bit lighter than the very capable Genesis Croix de Fer and £50 cheaper too. The Plug 4 is fighting it out in a very crowded part of the market with a number of steel and aluminium all rounder disc equipped road and cyclo cross bikes including the Surly Straggler we featured yesterday 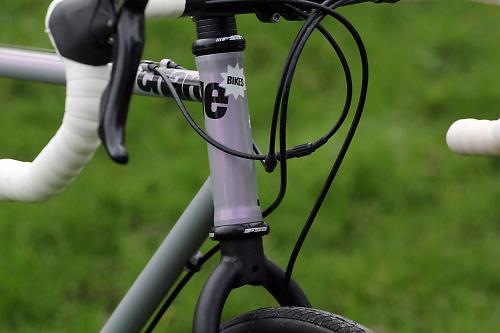 Stu picked the bike up the other day and is out riding it at the moment. How he gets on with the Plug 4 after having spent some time on the Plug 5 will be interesting.