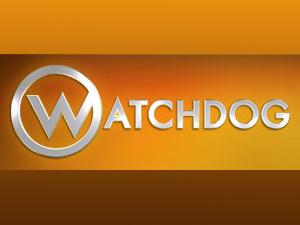 Tonight’s edition of Watchdog, the BBC’s long-running consumer affairs show, will include an investigation into flat-pack bikes, better known in the cycling community as “bicycle shaped objects” or BSOs.

The segment, hosted by John Humphries, himself a keen cyclist, sets five “regular cyclists” the challenge of putting together a flat-pack bike, which have been sourced from Asda, Argos, Halfords, Tesco and Toys “R” Us.

There has been growing opposition from within the cycle trade to non-specialist retailers with no expertise in selling or servicing bicycles moving into the sale of flat-pack bikes, which need to be assembled by the purchaser, who may have little or no mechanical experience and can also be faced with confusing or incomplete assembly instructions.

The dangers involved were unwittingly highlighted by Asda itself earlier this year, when it ran a press ad showing what it claimed to be “Britain’s cheapest bike,” accompanied by a picture of a bike which had been assembled with the front forks facing the wrong way round.

In the wake of the attention that Asda’s gaffe attracted, Mark Brown, Director of the Association of Cycle Traders, started a blog that aims to highlight the issues involved and bring about a change in the law to ensure that no matter how low the price tag, all bicycles should be sold assembled and set up properly.

We’ve covered Mark’s blog on road.cc before, with links to videos of trained bike mechanics taking an hour to put the Asda bike together, as well as Mark’s views on his first ride on it.

And if it takes an experienced mechanic that long to assemble one, that must raise questions about whether your average purchaser might be tempted to cut corners to put the bicycle together, without being aware of the safety implications.

With Christmas window displays starting to go up in high streets across the country, the Watchdog coverage is timely, and the programme airs on BBC1 tomorrow evening at 8pm and thereafter on the BBC iPlayer, which can be accessed from the show’s website.