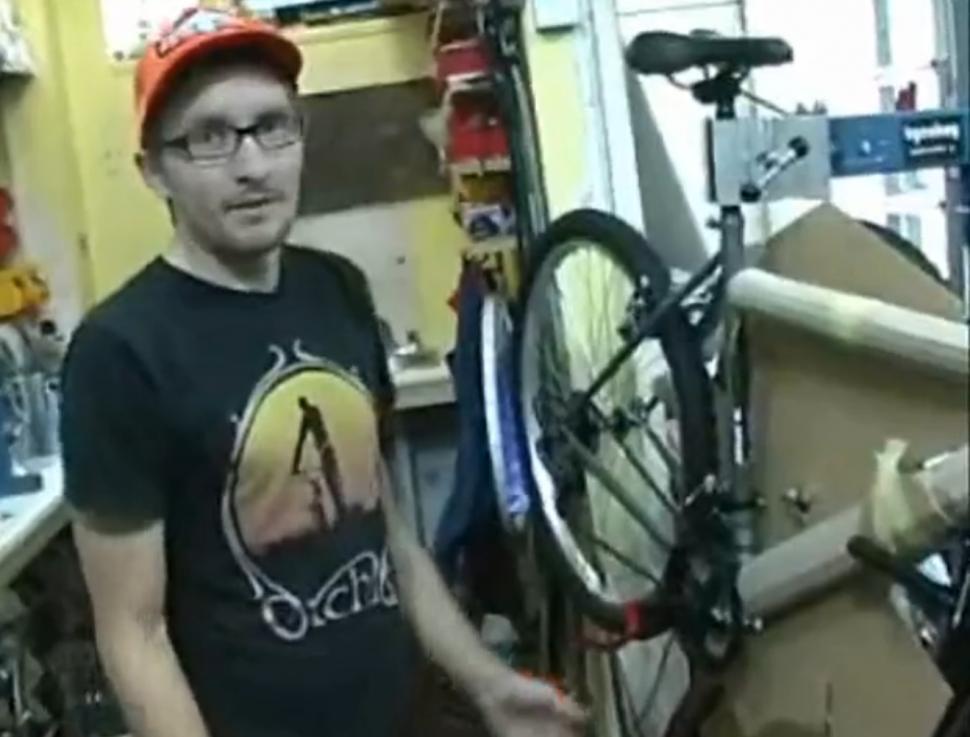 Mark Brown from the Association of Cycle Traders (ACT) has been in touch to share his experiences on buying and riding Asda's £70 British Eagle Tulsa, Britain's cheapest adult bicycle. Or, at least, Britain's cheapest BSO: Bicycle Shaped Object. Perhaps not surprisingly, it ain't all good news.

There's been much guffawing about the Asda advert for the bike which showed the bike assembled with the forks the wrong way round, but as you can see from the video below it's hardly surprising given that that's how the bike arrives in its box and there's no specific instruction to rotate them.

And the forks are the least of your worries really if you're Mr or Mrs Not A Mechanic trying to put the Tulsa together in your living room. The supplied spanner, Mark reports, is "made of cheese", meaning that there's no way you can use it to effectively tighten the wheel nuts. The mechanic in the video falls back on a torque wrench (that costs more than the bike) but if you were doing it at home you'd probably just assume the nuts were tight enough, with potentially disastrous consquences.

There was rust on the headset and the tyres weren't inflated properly, and the 'Large' bike which purports to fit riders with an inside leg measurement up to 35", was too small for Mark, even though he's not especially tall.

It took the mechanics about an hour to assemble the bike to their satisfaction, a service that would cost about £35 - half the cost of the bike - and which few, if any of the bikes will ever see.

Taking the bike out on the road highlighted even more problems. The grips weren't wide enough to stop hands resting on the shifters, resulting in ghost shifts, especially when climbing. One of the pedal threads was at a bit of an angle for comedy pedalling. The wheels weren't true, and the brakes charged with stopping them had very poor plastic levers. And the heart of the bike – a hi tensile steel frame – had the ride properties of, well, a hi-tensile steel frame. And that's not a good thing.

If all this sounds like snobbery and cheap shots, it's not: the practical upshot of anyone buying a bike like this is that they'll get a very inferior experience of cycling, one that might put them off for life. We're all for people getting value for money but a substandard product isn't value for money, it's just cheap. And we all know how the old adage goes: buy it cheap, buy it twice.

You can follow Mark's experiences with the BSO at http://bicycleshapedobject.wordpress.com/