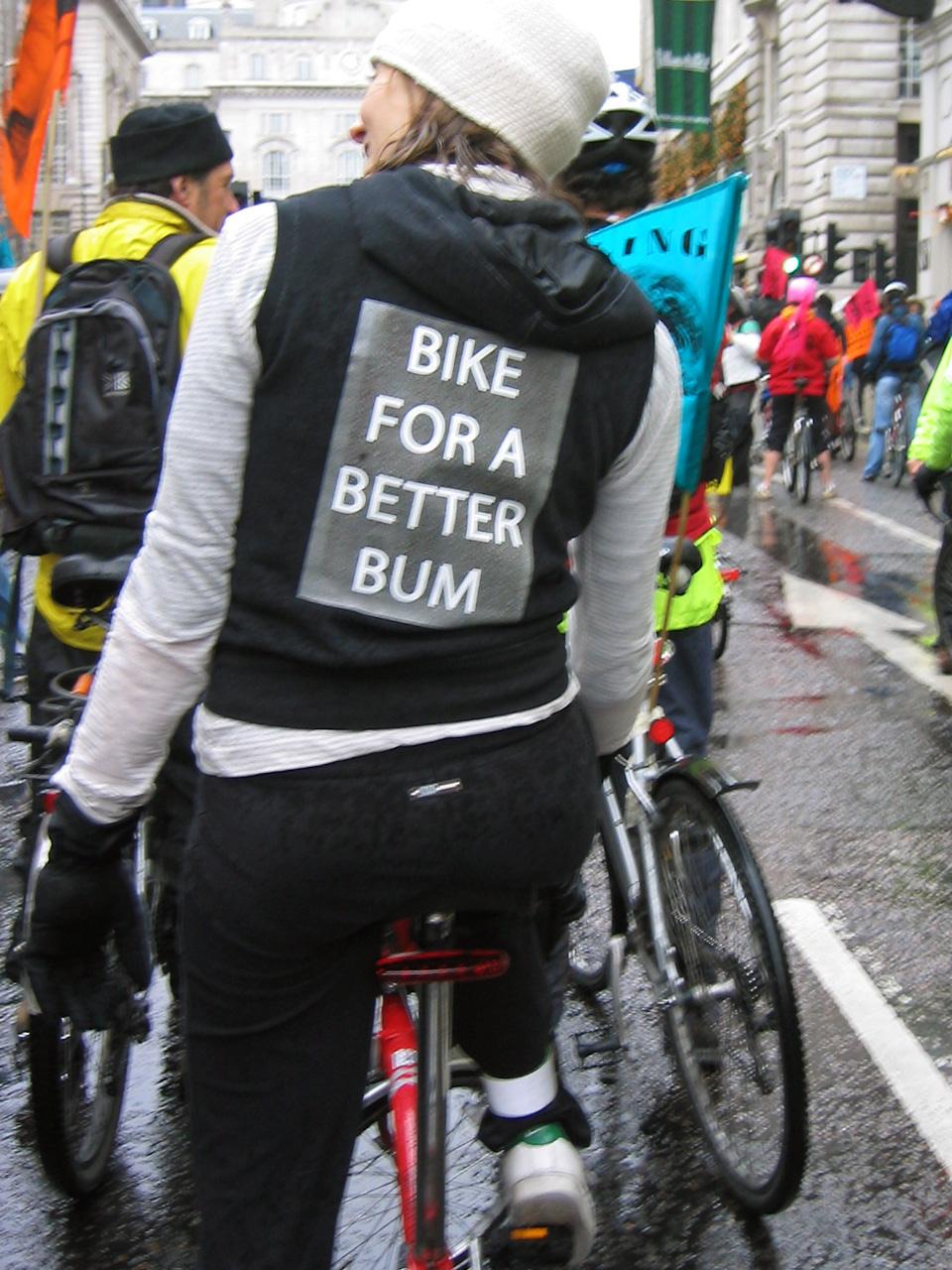 Bike for a better bum

Almost-royal socialite takes to two wheels to see what 'intimidating' urban cyclists get out of it...
by Sarah Barth

The Duchess of Cambridge’s socialite sister Pippa Middleton has taken to road biking - with none other than Jonathan Edwards, the former Olympic triple-jump champion, as her coach.

Writing in the Telegraph, Pippa, better known for her sporting prowess on the tennis court, says she isn’t a complete beginner, having learnt to ride with her parents on “a solid mountain bike with thick tyres designed to blast through mud and puddles.”

She’s also completed a 30-mile cycle race in Scotland, the Highland Cross, a couple of years ago.

But, she says, she’s ‘intimidated’ by urban cyclists.

“I may mock them as geeks in their “bib tights” (essentially Lycra dungarees), streamlined helmets and triple lens, wraparound sunglasses but, in truth, their hard-nosed attitude – some can be incredibly rude – and self-belief that they are the rightful rulers of the road makes me nervous,” she says.

The clue to understanding them better, she says, is learning to ride in clipless pedals.

So off she trots to Battersea park to meet Jonathan Edwards, who’s been cycling to keep fit since his retirement in 2003.

Now she says, he and she are “helping promote the sport as part of the Telegraph’s Get Slim Without The Gym initiative, which starts next week.”

He’s full of handy beginner advice, such as that  “small, fitted saddle bags are better than a rucksack.”

Hopping aboard a Hoy Sa Calobra bike, Pippa practises clipping in, and clipping out of her pedals, then rides across a cricket pitch a few times to provide a softer landing in case she takes a tumble.

An important concern of Pippa’s is “how do you avoid developing massive thighs like many of the Tour de France chaps?”

Apparently the key is low resistance long distance riding - in case any readers are concerned about the circumference of their thighs.

After a couple of laps of the park, Pippa’s sufficiently experienced to venture into “professional territory – heart monitors and bike computers (these track distance and speed and are great for fitness training: the best brand is Garmin, apparently)” - and it’s already time to start dabbling in carbohydrate drinks.

Pippa’s advice finishes off with a short ode to delicious kale and singing the praises of Wiggle and Buffs - so next time you’re riding in West London, perhaps keep an eye out for a very familiar backside atop a saddle in front of you.