French bike brand B’Twin have a new range of city cycling clothing out called the Urbanproof collection. The lineup was launched in the autumn and we had the chance to check it out just before Christmas at the Oxylane Innovation Awards, Oxylane being the owner of B’Twin, Quechua (hiking equipment), Kalenji (running), and many other brands sold through Decathlon.

Like a lot of urban bikewear, Urbanproof clothing is designed to be practical on the bike while not looking out of place when you get off it. This is B’Twin’s first foray into this market and there are plans to expand the range in autumn 2014. 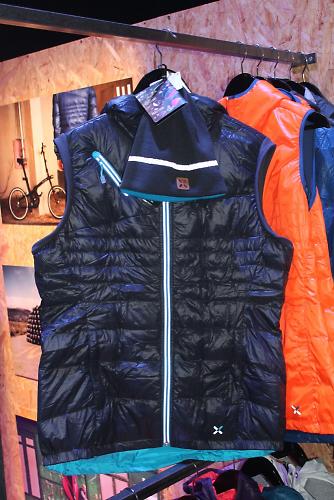 First up, this is the B’Twin Men’s Tilt 500 Gilet priced at £44.99 (you can buy online). You can wear it with the dark face showing if you want to be subtle – the zips are reflective when the light catches them – or you can reverse it so that the neon blue side shows when you want to be more visible. 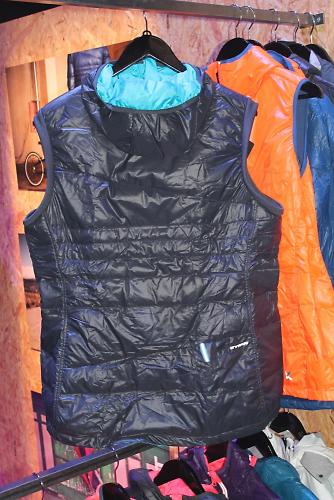 The Tilt 500 Gilet is made from a water repellent and windproof fabric called Novadry, and it’s packed with 90/10 duck down. This is slim stuff, like you see used in many down jackets out there at the moment. It’s cut long at the back so you won’t get gaps when you reach forward on your bike. The gilet weighs just 285g and packs down small into its own little stuff sack. It’s available in various colour combinations and in a women’s version at the same price. 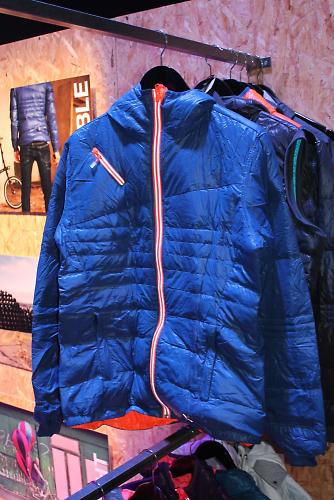 The B’Twin Men’s Tilt 500 Jacket (£49.99) is essentially the same but with long sleeves. It’s still very light at 380g (B’Twin’s own figure). Again, women’s versions are available for the same price. 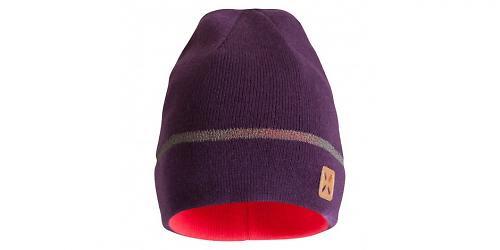 The Tilt 500 Hat (£7.99) is acrylic and it’s similar in that it’s reversible: neon on one side, darker on the other with reflective detailing. In this case, it’s that stripe that’s reflective. It doesn’t look like a safety feature until the light catches it – then it shines out to help get you noticed. Various colours are available. 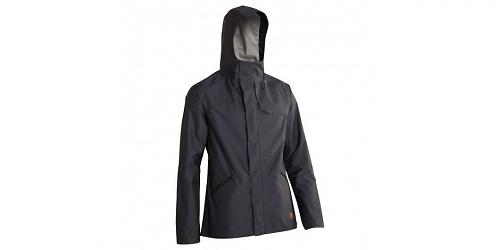 The City 500 Rain Jacket was priced at £39.99 but we notice that the men’s version is currently down to £21.99 on Decathlon’s website (the women’s one is still £34.99). B’Twin describe it as showerproof with sealed seams. You also get a cycle-specific cut, a two-way front zip, and reflective trim at the wrists, chest and lower back. 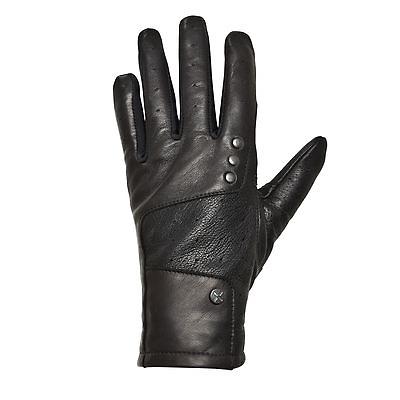 The B’Twin 500 Tactile Leather City Gloves are £29.99. They come with a thermal lining, foam reinforcement on the palms, and thread that allows you to operate smartphones and other touchscreen devices without taking them off. 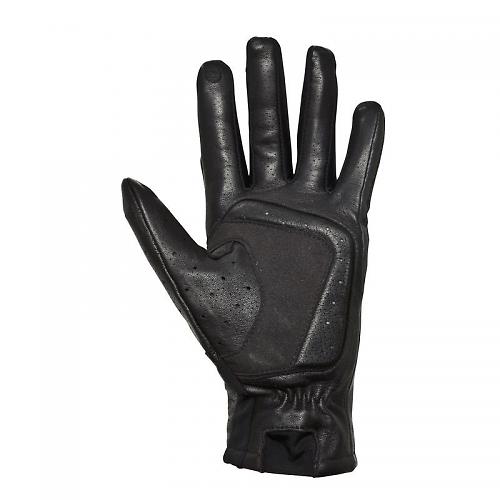 They also have reflective material on the sides, the idea being that it’ll get seen when you perform hand signals (no, not that sort of hand signal; polite ones).

The range also includes waterproof overtrousers and more gloves. It looks like an interesting lineup to us and there should be a couple of items winging their way to road.cc for review very shortly.

In the meantime, check out the entire collection at the B’Twin website. It's available via Decathlon.

1
Triathlete urges drivers to "think twice" after shocking dashcam footage shows moment bike was catapulted into the air from collision
2
Danish ex-pro Chris Anker Sørensen killed while riding bike in Belgium
3
Military bikes make comeback in e-bike form, featuring handlebar-mounted gun holders
4
Hopes for bike industry supply chain as Vietnam lockdown lifts - but it could be 'five or six months' before production returns to normal
5
Near Miss of the Day 636: Van driver overtakes one cyclist, almost hits two others head-on
6
Driver steals cyclist’s phone after knocking her from bike – police attending say they shouldn’t have been called
7
No bikes allowed on Southern or Thameslink trains this Sunday due to London to Brighton Cycle Ride
8
“Immediate” safety changes announced for killer junction in Holborn