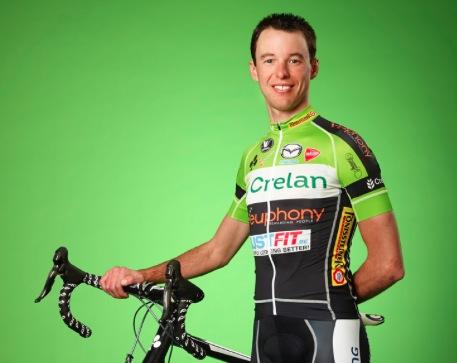 A young Belgian professional cyclist who was provisionally suspended by the UCI this week after testing positive for clenbuterol after racing in China has attempted to take his own life.

Jonathan Breyne, aged 22 and a rider with the UCI Professional Continental team, Crelan-Euphony, had to have his stomach pumped after taking an overdose, reports Sudinfo.be.

Rogers claims that his result, from a sample taken after he won the Japan Cup in October, was due to contaminated food he had eaten at the Tour of Beijing the previous week.

In Breyne’s case, the sample that led to his positive result was taken in China itself, at the Tour of Taihu lake last month, where he won a stage and finished eighth overall and second in the young rider’s competition.

Sudinfo had spoken to Breyne on Wednesday. “I told myself, ‘you have a problem,’ “ he told the newspaper, which reported that he was in tears.

“The news was like my world collapsing on me,” he went on. “What have I done to deserve this? Nothing. Absoloutely nothing. I’ve never taken anything. But how can I prove that with what’s happened in China?”

In that country, clenbuterol – which in doping is typically used as a masking agent – is often found in the food chain due to its illegal use by farmers to build muscle mass in livestock. Mexico has a similar problem.

In the past, the World Anti-Doping Agency has said that athletes should "exercise extreme caution with regards to eating meat when travelling to competitions in China and Mexico."

Sudinfo adds that on Thursday morning, Breyne was beginning to comprehend the scale of the situation he found himself in but did not know what he could do about it, adding, “I haven’t eaten since Wednesday, I’m not hungry. This is all making me ill because I am wondering why it is happening to me.”

He added: “The amount [of clenbuterol] found in [Alberto] Contador’s urine, the UCI told me, were tiny compared to mine.”

An hour later, his father rang the newspaper to break the news that his son had taken an overdose – the medicine in question was not specified – and that he had been taken to hospital and had his stomach pump.

According to Sudinfo, by Thursday evening Breyne, who had been due to join UCI Continental team Josan-To Win next year but will now have disciplinary proceedings opened against him, remained in intensive care but was conscious.

In October, Italian rider Mauro Santambrogio implied in a message on Twitter that he was contemplating suicide after testing positive for EPO during this year's Giro d'Italia, revelaing afterwards that the support he received from other users of the social network helped pull him back from the brink.