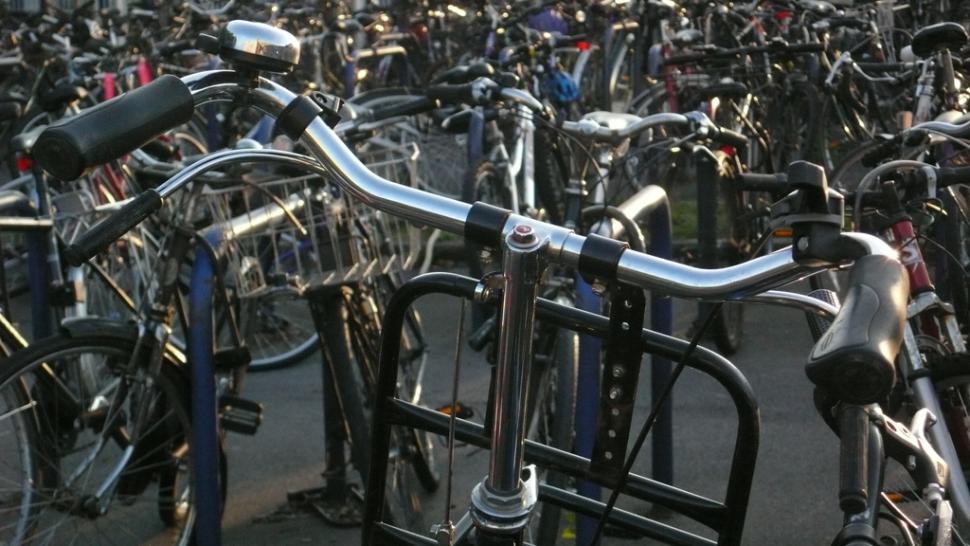 No provision for cycle parking in Peterborough street makeover

Peterborough, a former sustainable travel demonstration town, has made no provision for cycle parking in a planned remodelling of one of its principal shopping streets, Long Causeway - and is removing existing bike racks there once cited as a way of getting cycling infrastructure right. Cycle campaigners and bike riders are urging the council to reconsider its plans, which are currently open for consultation.

The Sustrans in Peterborough Facebook page points out that the cycle racks currently in place on Long Causeway were once highlighted by Cycling England – which was abolished by the Coalition Government in 2010 – as an example of best practice cycle parking.

However Peterborough Today reports that they will be removed as part of the council's £2 million transformation of the street due to begin next year and which will see new seating as well as other street furniture – but no cycle parking – installed.

Other features of the remodelling of the street include the creation of a new square to replace existing seating and paving, as well as uplighting trees.

Peterborough City Council maintains that the public were given the opportunity to study the plans, with a spokesman saying: “There was a good level of comment and discussion at public exhibitions, particularly on the proposed removal of cycle parking and the need to address this to encourage cycle use.

“There was support expressed for the need for makeover and people like what they have seen in the recent works to Bridge Street,” he continued.

A consultation on the plans closes on 30 December, with the council spokesman adding: "All comments will be evaluated and considered.”

One cyclist, Jonathan Frascella, told Peterborough Today: “By removing cycle parking from the main thoroughfares into the city centre and moving it to out-of-sight side streets, the council is failing on most of its own key criteria.

“If it solely reduces the quantity of cycle parking provision then this is even worse as existing cycle parking is already at capacity, highlighting the need for more, not less suitable cycle parking.”

Another, Nik Williams, added: “Removing cycle parking will result in less people cycling into the city.”

In its Local Transport Plan 3 covering the period 2011-16, Peterborough City Council says it that aims to “continue to build upon the success achieved during the sustainable travel demonstration town period by promoting Travelchoice and increasing use of sustainable modes…”

Peterborough will increase the number of cycling trips throughout the authority area.

Peterborough will be home to a well-developed and safe network of cycle routes, cycle hubs, cycle parking, and other supported facilities.

In order to realise this vision the city council will concentrate on the following objectives:

• To increase the number of cyclists in Peterborough

• To reduce physical and psychological barriers to cycling

• To increase safety and security for Peterborough’s cyclists

• To highlight the health benefits of cycling.

Meanwhile, a poll currently running on the Peterborough Telegraph’s live news blog finds 89 per cent of respondents in favour of cycle parking being incorporated into the plans for Long Causeway and 11 per cent against, although it is not stated how many have voted.

In a March 2009 final evaluation report for Peterborough City Council produced by Socialdata and Sustrans, “upgrades to the cycle network” and “cycle parking at key city centre locations”were highlighted as among the positive measures the council had taken.