Aprire is a new British brand specialising in carbon fibre road bikes made in Italy. The company, launched by road racer Phil Dempsey in 2009, is offering a range of three carbon bikes, with this Italian built Vincenza the flagship model in the lineup. It’s seen here with a Shimano Ultegra and Mavic Cosmic Carbone SL build costing £2,695.

Phil Dempsey boasts many years of experience in the cycle industry as a designer and engineer, working on products as varied as disc brake systems and full suspension mountain bikes. His area of expertise includes carbon fibre layup and stress analysis, and it is this that he has used to develop and hone his range of bikes, using FEA and CFD tools to design the frames. 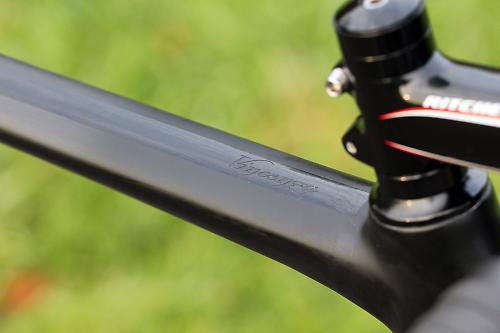 The range currently consists of the Cosma time trial frame, the Celeste, a carbon road bike built with a more relaxed geometry, and the top-end Vicenza we have in for test. It’s aimed at racers but its appeal is bound to spread further than that. Phil tells us the Vicenza frame aims to offer a stiff ride to provide the sort of handling a racer expects, but with a dose of comfort so you arrive at the finish line reasonably fresh. 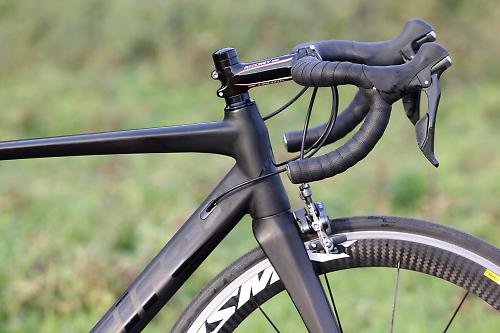 Made in Italy to his own design, the Vincenza is constructed using a tube-to-tube process. This also allows a custom option on the frames. Aprire have spent the years since the soft launch working on the design of the frame, and Phil tells us it is the layup of the carbon fibre that has been the focus of his development. 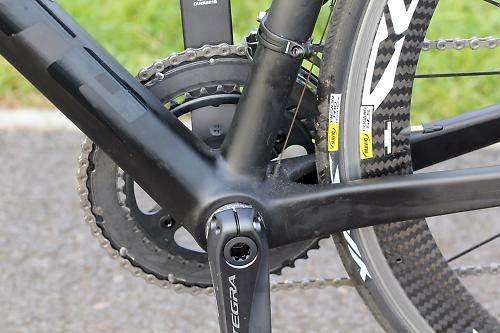 As it’s a frame designed for racing, they’ve concentrated on adding stiffness to the head tube, down tube and bottom bracket area, along with the oversized chainstays. There is plent of profiling in evidence on each tube as well, with box section chainstays and a flared top tube.The shape and layup of the seat tube and seat stays with the aim of introducing a little comfort to the ride. The frame is light, with a claimed weight of 850g, with a 350g all-carbon fork plugged into the head tube. Cables are routed internally and it’s Di2 compatible. 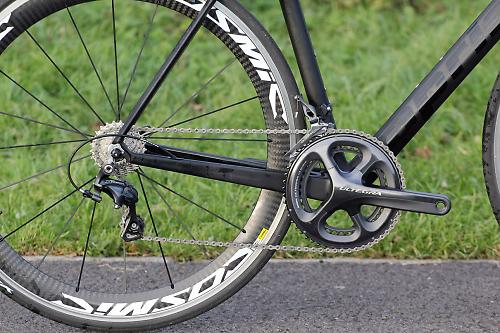 Aprire offer a range of builds from Shimano and SRAM. We have the £2,695 build with a Shimano Ultegra 6800 11-speed groupset, Mavic Cosmic Carbone SL wheels and Mavic’s own tyres also fitted. Ritchey components are offered throughout the range, this model has the PRO alloy bars, stem and seatpost fitted. A Prologo Scratch Pro T2.0 saddle completes the build. It weighs 7.5kg (16.5lb) on the road.cc scales.

For the purposes of comparison, the Raleigh Militis 3 comes really close in terms of pricing, and like the Vincenza is a carbon bike aimed at road racers. Or there is the similarly carbon framed Moda Stretto, which is nearly identically priced. All three bikes are near enough the same weight. 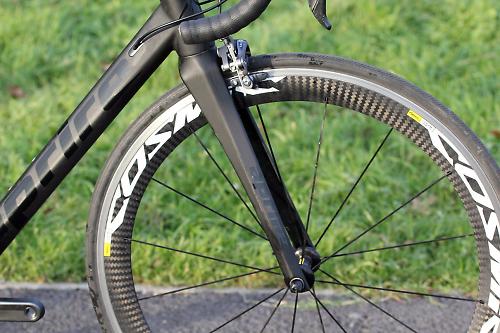 Aprire will also be offering custom decal options. Our test bike is a rather muted gloss black on black, but a wide palette of vinyl decal colours can be chosen from. 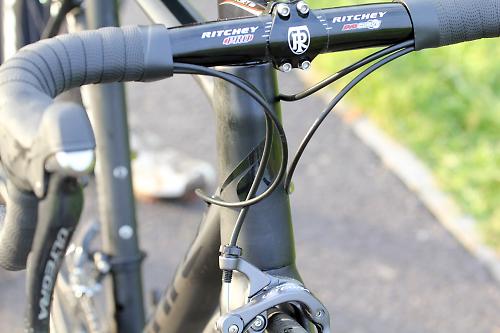