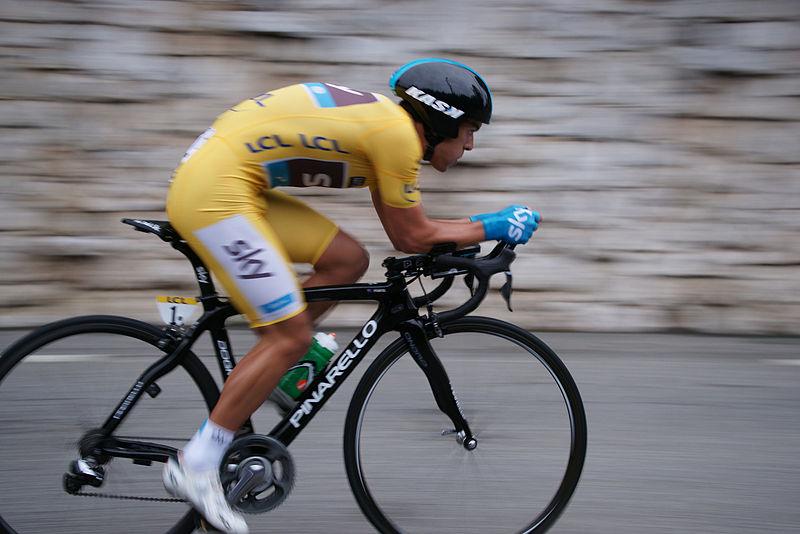 Australian rider who will lead Sky's Giro challenge next year wants to be undisputed team leader...
by Simon_MacMichael

Team Sky’s Richie Porte has said that he will leave the British WorldTour outfit to follow his own dreams of Grand Tour glory – but only once his current contract expires at the end of the 2015 season.

But the 28-year-old, who believes Froome can dominate the sport for several years to come, accepts that if he is to become a team leader in his own right, he needs to move elsewhere.

The Tasmanian, who extended his contract with Sky by two years in May, told the Melbourne-based newspaper The Herald-Sun: “As much as I love being there and being the wingman, it's not what I always want to do.”

Porte joined Sky from Saxo Bank at the end of the 2011 season. The previous year, the former triathlete wore the pink jersey of the Giro d’Italia leader for three days, and finished that race seventh overall, taking the prize as best young rider.

At Sky, he supported Sir Bradley Wiggins ib his successful Tour de France campaign in 2012, then stepped up to be the chief minder of that year's runner-up, Froome, as he won the 2013 race.

He's had his own moments in the spotlight in Sky's colours, too; Porte won the Volta ao Algarve in 2012, and this season had a trio of podium places in WorldTour-level one-week stage races that have helped embellish his reputation.

Referring to those results, he said: "I've shown by winning Paris-Nice and coming second in the Dauphiné and Basque, they're pretty big races in the sport.

“I think the next move for me is two more years at Sky, but then I really think I need to get out and ride in a team where I'll be the leader."

Porte identified his nationality as potentially hampering his progress at Sky, saying: "I think Chris Froome is the rider of this generation. I think he's going to win more than one Tour and it's unrealistic of me, in a British team, when he's got a British passport [to assume control].

"To be honest, it's going to be hard to beat Chris, but in another team who knows?

"Me personally, I think I do have the qualities to be a contender. I mean, I can climb and time trial and hold my own in the descents too. The ultimate GC rider has to be good at everything."

During July’s Tour, Porte worked tirelessly for Froome, but his own chances of a podium place evaporated on Stage 9 in the Pyrenees.

However, as the race neared its conclusion, he was on hand on the Alpe d’Huez to hang back for the team car and grab his team leader a vital, and at that point in the stage, illegal energy gel – one that may have rescued Froome’s Tour from the brink of disaster.

Reflecting on the race, he said: "I was there in situations where it was Froome, (Alberto) Contador and Porte and I was thinking, 'Well, I need to start being a little bit more selfish next year and ride for myself'.

"I think that's going to happen more. I'll have the opportunity to ride in the Giro and ride for myself.

"For me, the dream is to win a Grand Tour, any Grand Tour,” added Porte.

“I've been out of Australia long enough to realise there are other races other than the Tour.

“Looking ahead, there's not too many guys who have won a Grand Tour in their career and I guess that's always been the dream over there."

Sky team principal Sir Dave Brailsford agrees that Porte has what it takes to be a Grand Tour winner.

When Porte's new contract was announced in May, Brailsford said: "Richie has been a key part this team’s stage race success since he arrived here and this new contract is a statement of intent for both him and the team.

“Every time he has taken on a leadership role he has excelled. We saw at Paris-Nice exactly what Richie is capable of and there is no doubt that there is a lot more to come from him.

“If he maintains his current trajectory there is no reason why he can’t go in to a Grand Tour and challenge for victory.”