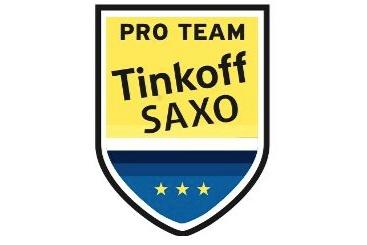 Russian entrepreneur Oleg Tinkov is the new owner of Riis Cycling, the company that runs the cycling team his Tinkoff Credit Systems firm co-sponsors with Saxo Bank. Riis will now focus on running the racing side of the team that raced as Saxo-Tinkoff this year, but which in 2014 will go by the name Tinkoff-Saxo reflecting Tinkov’s business’s status as its new main title sponsor.

The deal was announced at a press conference in London today at Google’s London offices and streamed live by GCN. A press release confirmed that Stefano Feltrin will become CEO of the management company, renamed Tinkoff Sport and which will remain headquartered in Lyngby, Denmark.

You can watch the press conference here:

Commenting on the acquisition, Tinkov said: "After our recent negotiations, Bjarne and I have reached an agreement for a buy out of Riis Cycling with immediate effect, and we have the full support of Saxo Bank.

“With this agreement I believe Tinkoff Sport have secured the best possible foundation and setup to reach our goal of becoming the greatest cycling team in the world over the course of the coming three years.

“This is going to be a big investment for Tinkoff Sport, but I have no doubt it will be great value for money."

In the autumn, Tinkov was rumoured to be looking at moving his backing across to Cannondale Pro Cycling with relations between him and the Saxo-Tinkoff team strained during the Tour de France in particular when he was highly critical on Twitter of Alberto Contador.

Contador, speaking in London today, welcomed Tinkov’s investment in the sport at a time when sponsorship is scarce, and insisted he would and the Russian had put their differences behind them.

Riis, who admitted doping to win the 1996 Tour de France – he was briefly stripped of the title before being reinstated – is currently the subject of an investigation, along with others, by Anti-Doping Denmark following allegations made by Danish rider Michael Rasmussen.

Riis, who has signed a contract to become team manager for three years, has the support of Tinkov, and both men insisted it was wrong to speculate about the outcome of the investigation until it had been concluded.

In the press release announcing the sale of his company for what is believed to be €6 million, Riis said: "After careful consideration, I have decided to sell Riis Cycling as I believe this is the right thing to do for both the team and for me on a personal level.

“With this deal the long-term stability of the team is secured, and the team now has the funding and foundation to continue to be a major player on the World Tour and to further raise our ambitions.

“Secondly I can focus on running the team's sporting department, giving much more attention to the actual racing itself and the training of our riders. I believe that today we have created a fantastic setup that enables us in the most optimal way to fulfil our ambitions in the future."

Kim Fournais and Lars Seier Christensen, co-CEO and co-founders of Saxo Bank, added: "At Saxo Bank, we are pleased that Oleg Tinkov and Bjarne Riis have agreed terms regarding the sale of the team.

“Even though this means that Saxo Bank will be the second name sponsor in 2014, we believe the added economic strength and stability for the team will be an overall benefit and actually support our own sponsorship.

“The team has never had more resources available, and Bjarne can now focus entirely on achieving his long term goal, to create the world's best cycling team.

“This is an ambition we all share, and we are looking forward to working with Oleg and Bjarne to ensure that it is fulfilled.”