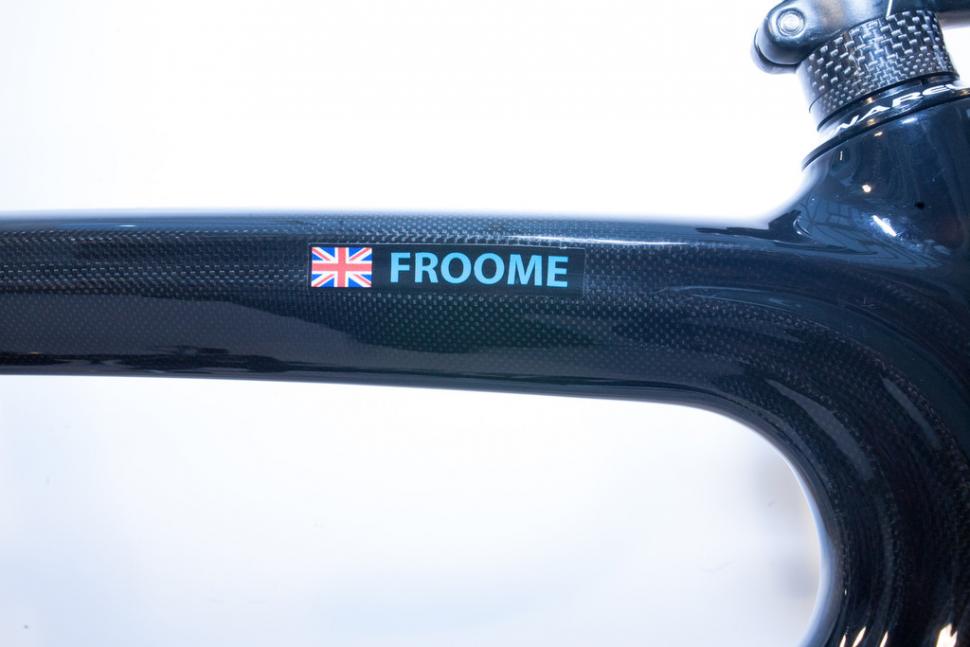 He was runner up to Bradley Wiggins in the 2012 Tour de France, and now his bike is runner up on the second hand bike market after being an unwanted prize in a competition.

Chris Froome’s 2012 Pinarello Dogma 2 was won in a competition on The Times’ website, but is now listed on the London Cycle Exchange for offers in excess of £8,000.

The bike is equipped with Shimano Dura Ace Di2, Osymetric chain ring and Shimano Dura Ace C35 Prototype wheels, among other things – and comes with a certificate of authenticity signed by Dave Brailsford.

Bradley Wiggins’ similar model was recently sold on the same website when Chris Green, who won it in a Sky competition, realised financial realities mean he had to sell the Italian dream machine.

According to BBC Sport, Green “absent-mindedly ticked a couple of boxes on a letter about his internet service from Sky.”

To his surprise, two months late a box arrived containing a Pinarello Dogma 2, a signed Team Sky jersey, and a certificate of authenticity signed by team principal, Sir Dave Brailsford.

Green, aged 37, had recently bought himself a fairly decent bike, but decided to jump on the Pinarello for a quick blast on the roads near his home in Surrey.

"It was like going from an Escort to a Ferrari," he said. "It felt so light that when I got out of the saddle it was like there was nothing beneath me."

On reflection, it was a bit too much bike for him to handle, and his suggestion to his wife that it might look good on the wall was met with the response: "It's very nice, darling, but it's not going in the living room."

“I'd love to keep hold of it,” says Green. “But we're a single-income family with two kids. It's a no-brainer, really.”

London Cycle Exchange takes a commission of between 0 and 20 per cent per bike sold, which includes safety checks and dealing with the logistics of a sale.

When we wrote about the Wiggins bike sale, opinion was polarised, with some commentators saying they would do the same, while other felt a true cycling fan would keep the prize as a piece of history.

Some Fella wrote: “Good luck to the fella. I personally hope he gets more than 8 grand. Anyone who criticises him for selling it needs to have a word with themselves - he sounds like a decent bloke doing the best for his family. And its worth remembering ultimately Rupert Murdoch paid for this bike so no moral dilemma there eh?”

Gkam84 responded saying “This was a fan competition, some "fan" he his, gets the bike and then sells it. Sky already kicked up a fuss about another prize bike they gave away being punted on eBay for £10,400 and now this. It'll make up their mind not to give away prizes like that anymore.”

But Some Fella replied: “He and his family get the cash, some rich person gets a bit of history, Sky get their marketing opportunity. Everyone is a winner.”