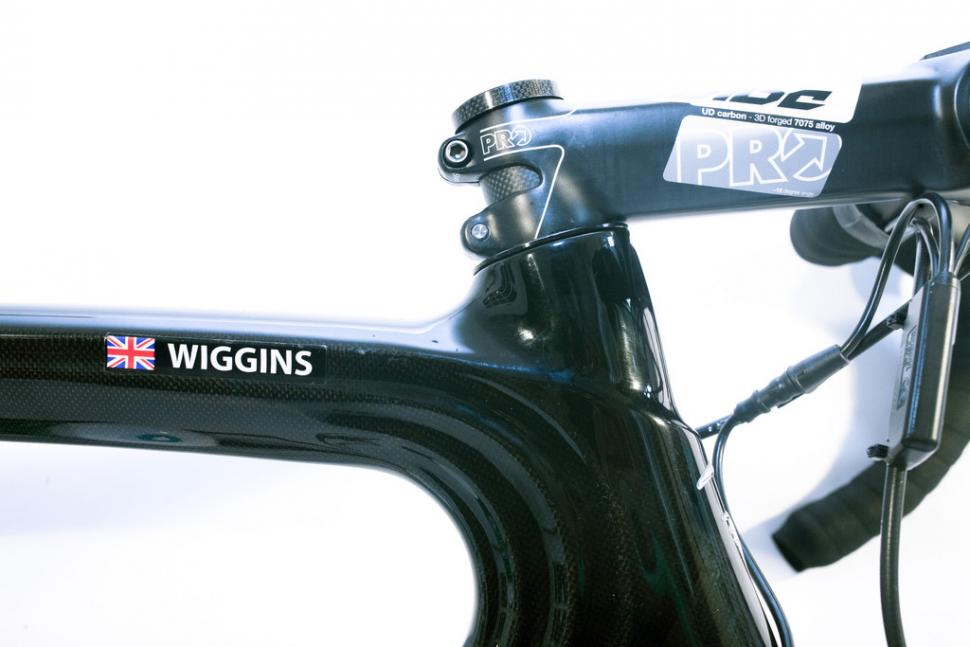 Financial priorities come first for father of two
by Simon_MacMichael

A man who wanted to upgrade his Sky broadband speed got something rather quicker than he bargained – a Pinarello bike Sir Bradley Wiggins rode to victory in the 2012 Tour de France. But while some might envy Chris Green’s luck in winning it in a prize draw, financial realities mean he has to sell the Italian dream machine.

According to BBC Sport, Green “absent-mindedly ticked a couple of boxes on a letter about his internet service from Sky.”

To his surprise, two months late a box arrived containing a Pinarello Dogma 2, a signed Team Sky jersey, and a certificate of authenticity signed by team principal, Sir Dave Brailsford.

Green, aged 37, had recently bought himself a fairly decent bike, but decided to jump on the Pinarello for a quick blast on the roads near his home in Surrey.

"It was like going from an Escort to a Ferrari," he said. "It felt so light that when I got out of the saddle it was like there was nothing beneath me."

On reflection, it was a bit too much bike for him to handle, and his suggestion to his wife that it might look good on the wall was met with the response: "It's very nice, darling, but it's not going in the living room."

“I'd love to keep hold of it,” says Green. “But we're a single-income family with two kids. It's a no-brainer, really.”

The fact the bike is currently showing as ‘sold out’ suggests that a buyer has already met that price.

Anyone buying the bike for £8,000 will get themselves a considerable bargain. A fairly bog standard (okay, we're being relative here) replica would cost more than that. Okay this bike has been used, but it has been used to win the Tour de France by the first ever Briton to do so and has been looked after by some of the best mechanics in the business while doing so.

You can still view the listing, complete with photographs, here.

Part of the reason Green listed the bike on London Cycle Exchange, according to the BBC, is that the UK market for sports collectibles is dominated by football, with cycling very much a niche area.

Sports memorabilia expert from Bonhams in Chester told the BBC: "We have never sold a bike. We did once sell a Lance Armstrong jersey, though. I think it got nearly £600," he added.

Potential buyers are split into three categories; fans wanting a connection with the sport, investors looking for something that will rise in value – unlikely in the case of that Lance Armstrong jersey – and institutions such as museums or clubs.

But London-based Graham Budd, who trades in sports memorabilia, said cycling hasn’t traditionally been a category attracting much interest, although that is starting to change.

"There hasn't really been a market for cycling collectibles in this country, but we are just beginning to see one emerge," he said.

In fact, only last week, he sold his first bicycle: "We sold the bike that Erika Salumae [of Estonia] won the sprint on at the 1992 Olympics in Barcelona," he revealed.

"It was a significant moment because the Berlin Wall had just come down and it was Estonia's first Olympic medal as an independent country.

"The auction was front-page news there, and all over the TV as well. She's a big star. It went for £8,000 to an Estonian buyer in the end."

The price that bike fetched, and the nationality of the buyer, are connected.

Salumae’s was the first gold medal won by an athlete competing for Estonia since the Berlin Games in 1936, and the country has only won two Summer Olympic gold medals since then, and four in the Winter Olympics.

The bike therefore occupies a significant place in Estonia’s sporting history. It is unique.

That, Budd said, creates issues regarding exclusivity when it comes to selling Wiggins’ Tour de France-winning bike, given that according to Sky, it is one of three Pinarello Dogma 2 bikes he used during the race.

"All collectors crave owning something that nobody else has," he explained.

Regarding the bike ridden by Wiggins, he said the problem was that “we are not sure how unique this bike is, and wherever you have the risk of multiples, value is diluted.

"It happens quite a lot with football shirts - players get given long-sleeve ones and short-sleeve ones, and some like to change into a fresh shirt at half-time. It can be difficult to prove that your shirt is THE shirt."

Budd himself should know that even when it is unique, Wiggins-related memorbilia may not tempt buyers. Last year, the throne the cyclist sat on outside Hampton Court Palace after winning Olympic Time Trial gold failed to reach its reserve in an auction held by Budd's firm.

One-off bikes can command high prices at auction, however. In 2009, a Trek Madone customised with a butterfly theme by artist Damien Hirst that Lance Armstrong rode in that year’s Tour de France raised $500,000 for the Livestrong charity at a sale at Sotheby’s in New York.

It was one of seven bikes given the custom treatment by famous artists and ridden by Armstrong in his comeback season that raised a combined $1.3 million at the auction.

A prototype Cinelli Laser Nostra fixed-gear bike was expected to fetch up to $20,000 when it went under the hammer at Sotheby’s in New York City last night in a charity auction on behalf of the AIDS charity, (RED).