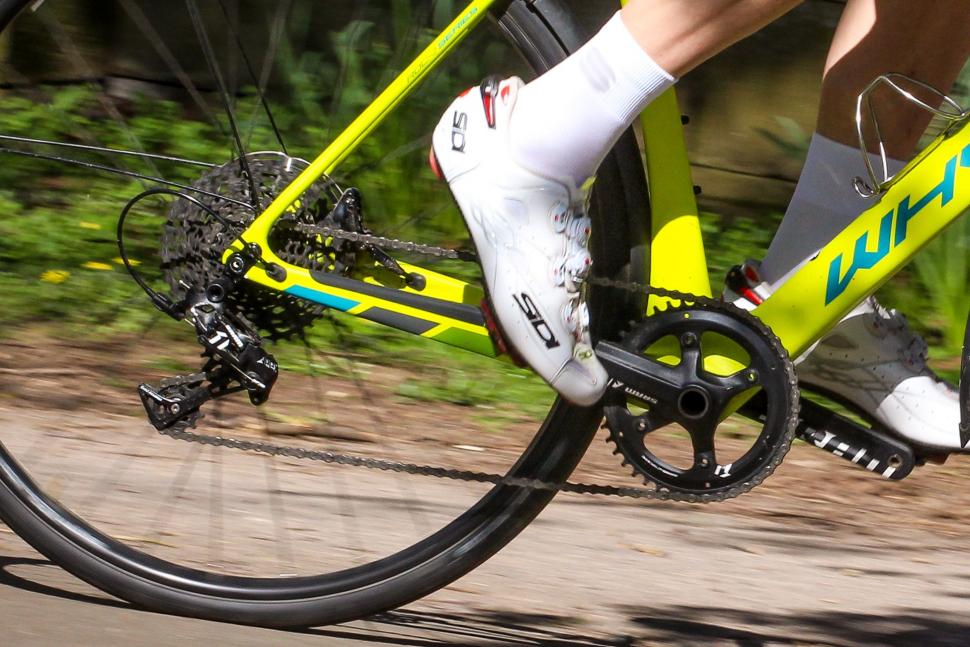 How important is foot position and posture for cyclists?

Harley Street expert and Team GB podiatrist for the 1992 Barcelona Olympics, Simon Costain, talks about the importance of biomechanics and how to prevent common injuries
by Matt Lamy

The understanding of biomechanics in cycling has come a long, long way in the last 40 years, and Simon Costain was at the forefront when it came to the establishment of dedicated sports podiatry.

He was there in the early days of specialist podiatric surgery, playing a pivotal role in the development of biomechanics and orthotics, and via his Gait and Posture Centre in Harley Street Simon has worked with numerous elite athletes, professional football and rugby players, and top-level cyclists, including the biggest names at the Barcelona Olympics in 1992. We spoke to Simon about the importance of biomechanics for cyclists...

> Why you should get physiotherapy after a cycling crash

road.cc: What was it like being the lead podiatrist for Team GB at the Barcelona Games?

Nowadays, we have in-shoe computerised systems that record pressure through the foot using 600 little sensors in each shoe, which register the power loads with every adjustment to foot mechanics, and left/right symmetry. However, in those days it was all rather basic — it was really just eye-balling the whole thing and making sure it was optimised. Without any doubt whatsoever, optimising the foot power supply really does work.

A lot of the work you did in the early days has led to what we see now, with treadmills in running shops and even video bike fitting sessions. What do you think of that?

I think it’s fantastic. The repetitive movement of somebody who walks, runs or cycles is really important, and it’s very nice to see shoe shops and cycle fit shops leaping up and starting to do these kinds of assessments. The only caveat I would have is that the technology has to be used to look at the mechanics of the leg in detail, not just to sell a particular product.

When it comes to cycle fit, however, I am generally very impressed at the developments around the way specialist shops are fitting people to their bikes. One of my patients a few weeks ago kindly sent me a video of his biomechanics taken in his own ‘cycle fit shop’ which was hugely impressive, and I would not hesitate to refer cyclist patients to him. 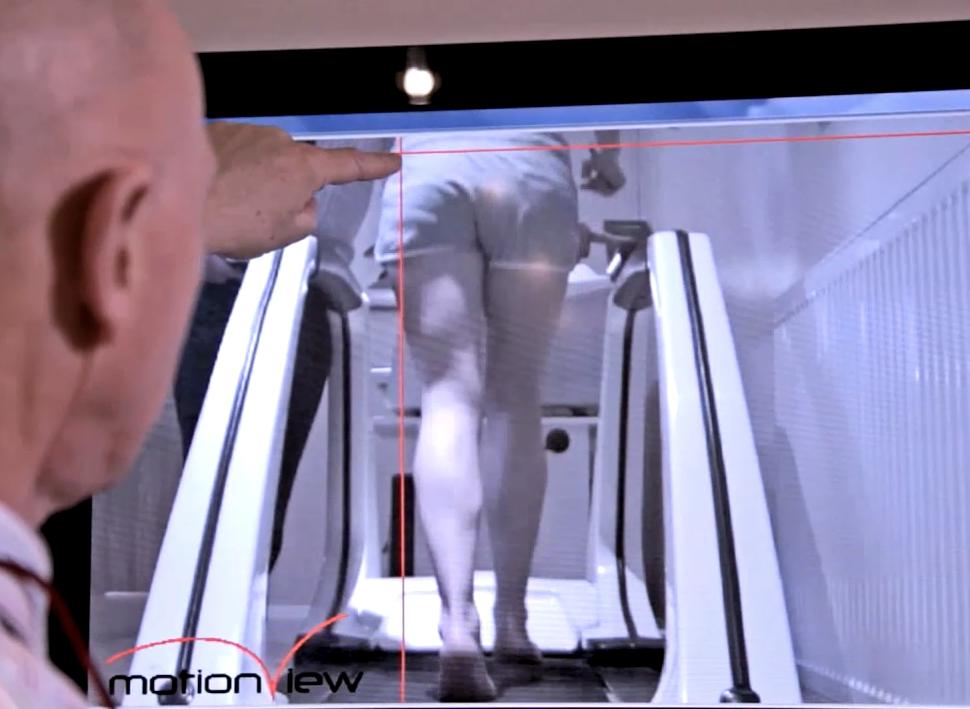 Why did you get involved in this area of biomechanics when you actually started in traditional podiatry and then podiatric surgery?

It’s simply because I am really fascinated by it and I can see how big an effect optimising foot leg and spinal biomechanics can have.

Many years ago, my cousin – a veterinary surgeon specialising in race horses – came in to see what I was doing. He watched me working with athletes, using software to determine the movement of their feet, legs and backs. Once the patients had left, he said to me, “It’s really nice to see medicine at last catching up with us – you’re only about 50 years behind veterinary medicine.” Then he gave me a book called ‘No Foot, No Horse’, which showed horses being analysed on a treadmill.

He said, if you take a £10,000 horse and you give it to a good farrier, the farrier will optimise the foot loading through all four feet of the horse and it will win races so the horse’s value increases enormously. But if you take it to a bad farrier, you might as well put it to sleep. In terms of human performance, it can be a very similar situation.

How often do you treat cyclists and what kinds of problems do you see?

I see fewer elite cyclists these days, but with keen amateur cyclists we see many iliotibial band friction syndromes — the lateral side of the knee that becomes sore. The repetitive movement of cycling is the driving force, but optimising bike fit can resolve it by checking foot movement in cleats and adjusting the cleats or foot movement in the shoes by wedging them one way or another. Also, leg length differentials can be another feature with cyclists, in which case we might be looking at anterior knee or low back pain.

Some cyclists will argue that it’s not just on the bike that they develop injuries. If we talk about triathletes, for instance, they usually suffer from problems associated with their only weightbearing activity – running – more than cycling or swimming. It seems that certain sports have a certain predilection to injury and with triathletes it’s more associated with the mechanics of running and walking, rather than the mechanics of cycling. The serious triathletes usually have their bikes set up very well.

A lot of the cases I see have to be dealt with by more than just a podiatrist. That’s why I find it so exciting in my world now, working with a multidisciplinary team of people. We tend to all look at the issue and think about adjusting saddle and/or foot position. Then, with cycle fit testing systems, we can objectively test the power loading through the feet.

How important is it for keen cyclists to address positional issues and what can they do?

I think the position of your foot as you pedal is crucially important. Your saddle height is very important of course, but then it’s very important to look at your cleats. We want to rule out any unnecessary movement in cycling. You need sagittal plane movements (up-down), not so much rotational movement in the leg, ankle or foot.

The leg, foot and ankle will rotate to compensate for a problem, but you want to reduce that rotational movement and transfer that rotation to sagittal movement, by literally just wedging the forefoot of the foot. You may not need complex orthotics for it, but start with little shims either placed between the cleat and the pedal or else within the forefoot of the cycle shoe. In its basic form, it is not a complex thing to do and with a cycle fitfing session using a turbo-trainer, you can look at it in close-up and get some really good feedback.

How much has technology assisted in getting these sorts of issues fixed?

Having the cyclist's movement played back in slow motion video can really shine a light on the foot and leg malfunction, and the possible connection between any ankle, knee, hip or back pain. It’s a really useful tool in being able to explain to a patient or an athlete what it could be that’s creating their repetitive injury.

Finally, another great innovator in cycling, Mike Burrows has a bit of a background in sailing. You’ve sailed across the Atlantic four times. Is there something about sailing that causes people to look at the world differently?

Well, I find the geometry of a boat and how a sailing boat moves is fascinating. The mechanics of a sail boat are much better if the sail boat is completely and utterly symmetrical. So what I’m trying to find when I look at the people I treat, is the symmetry of the human body, as closely as possible.

As a cyclist, if you’re asymmetric, you’re not going to be as good a cyclist as you would be if your body was symmetrical. This is why I think cycle fit works — you are just optimising symmetrical downward/upward pressure on the feet.

Of course, no human is symmetrical, but if we can maximise symmetry to the best of our ability, I think we can find not just optimised performance but also effective treatment for some injuries.

Get more of your burning fitness, health and maintenance questions answered by heading over to our features section.