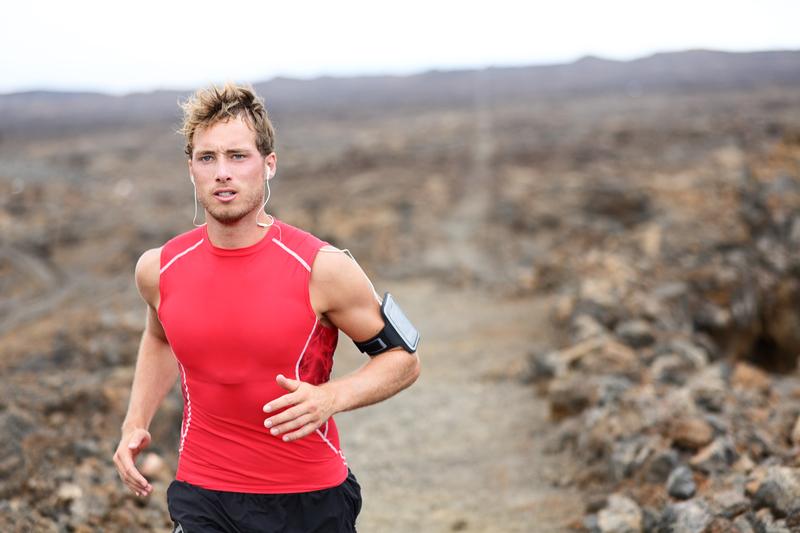 Adding running to your winter training mix can help stave off seasonal weight gain and keep you fresh for next season.

If you’ve read enough articles on training, you’ll know that specificity is not only hard to say, but it’s one of the core principles of training. Meaning that you should make the training specific to the demands of the goal activity. You’ll have realised that running doesn’t involve sitting on a bike and pedalling, so what’s the story? Surely for anyone sane, running is something that should only be done in the presence of wild animals? Well, while running doesn’t look or feel like cycling, if you break specifics of cycling down to a micro level, running has much to offer.

First off, it’s better than nothing. Winter can mean that cycling is confined to the hours of darkness, save for commuting and weekend rides. Even a turbo trainer isn’t always a practical solution - I know of one poor chap who is banned from using a turbo in the house and has been known to train in a blizzard in the garden. Running at night is safer than cycling at night. It’s also much more practical in terms of the time taken to get ready and go, plus you won’t be stuck in the rain and dark mending punctured shoes, so it means you’re more likely to be active - that’s a good thing.

Running is less affected by the weather than cycling, no long freewheeling descents to chill you and less severe wind chill at the slower speed of movement. In my experience it’s easier to deal with the extreme conditions you may face and stay active - with home made snow chains I’ve run through severe ice and snow conditions when cycling would have been less than a pleasure.

All of these factors can help you avoid the winter weight-gain that is fairly commonplace with cyclists who spend all summer getting fit and lean then spend all winter getting slow and chubby - and repeat. I guess it could be called the rhythm method of girth control.

Running will also improve your central cardiovascular fitness. Your heart and lungs are placed under stress and you make positive adaptations to that stress. You’ll be more efficient at delivering more oxygen to active muscles when you get back on the bike. Whilst it’s true that there is less carry over to peripheral factors in performance at the muscle vascular level, it’s still a worthwhile gain to seek.

Another advantage may sound odd, but the damage that running will do to your muscles, at a microscopic level, will result in enhanced repair - when you allow them time to recover. In effect your muscles will gain new strength and often a bit of an increase in size and definition. The impact as you hit the ground creates stimulus for positive change as you’re using muscles in a completely different way to cycling – generating force as they lengthen rather than as they contract. Another advantage is that foot impact enhances bone density – studies have shown that bone health is greater in runners compared to cyclists, something especially important as we age.

If you choose to run off-road on trails, mud and suchlike, the gains will be even greater. It’s more interesting to have to watch your footing, make micro-adjustments to balance with an added ‘strength’ element dealing with the suction effect of mud and gravity on hills. When you get over the initial, shock, trail running is a great consumer of time.

So, for several reasons if you get it right, the running that you do through winter can directly translate into becoming a faster cyclist next year. The great thing is that the right sort of running doesn’t take very long – you can boost your endurance, strength and climbing on the bike without the Forrest Gump approach to running. In fact you’ll be surprised how funny you’ll be walking for a few days after your first 15 minute session. And in time you may even enjoy it. Eventually.

Right then – how should you start?

I’ll make the assumption that you’re new to running and that the purpose will be to improve your cycling – though as a result you’ll improve your running too. You might even want to try something like a 10k. I’ll also assume that you’re healthy and free from injury.

To start with, the purpose will be to get you used to running at a reasonable pace – there’s no point in training to be slow. The following is the session I’d suggest for the first three weeks, doing it twice a week.

Walk for a few minutes, then jog a little for two minutes. Now run as fast as you’d like to be able to run in future, for just 30 seconds. Imagine you’re on a bike and try to match the stride rate with your cycling cadence - for me it’s around 90 per minute. Then walk for 30 seconds. Do that a total of 5 times, then walk around for 2 minutes. Then do the same thing two more times. So a total of 15 x 30 seconds – meaning only 7.5 minutes of running.

After three weeks you can change to 40 seconds running and 20 seconds walking, and add one of the following runs:

go for a run at a nice brisk pace until it becomes hateful. The make 70% of that duration your new goal time. So if you managed 20 minutes before wanting to stop, aim to run for 14 minutes once a week, along with the intervals.

these are a great way to boost your fitness but be aware that there is a significant stress on your achilles tendons and calves – as a cyclist they work without being stretched anything like as much as when running up a hill. It would be a good idea to target flexibility of the achilles in the initial three weeks of running by stretching twice a day. Not a minute of bouncing before a run, but a proper calf stretch for a few minutes twice daily.

Before you do hill repeats, take a look at your bike. Put the cranks horizontal, and look at the horizontal distance between the pedals. Aim to have that as your stride length – see, some cycling specificity! Small strides, but at a fast rate. Now walk/jog towards a hill. When you get to the bottom, run up it for 30 seconds with short quick strides, then walk back down. Then do it again. Try 10 times. You could also use flights of stairs for this, careful on the corners though!

As winter progresses increase the number of intervals and the distance of your runs as you feel the improvements come. If you want more speed, lean forward a little, lift you knees 2cm higher, keep your hands and shoulders relaxed and enjoy!

As with all training occasionally push it hard, see if you can recalibrate your comfortable pace or distance. And in 2015 cycle faster!