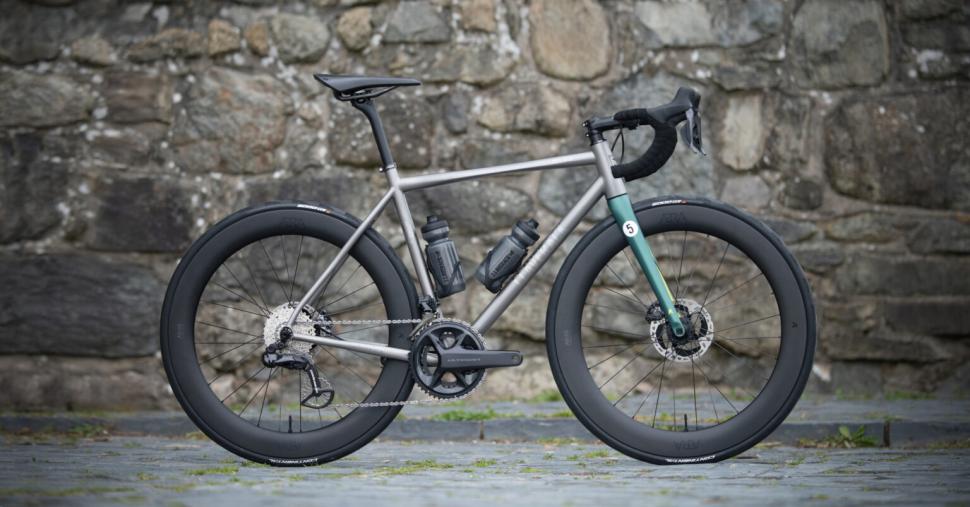 The best bikes of the F1 grid: take a look at what the fastest drivers on earth choose to ride

Plenty of F1 drivers love cycling, so we're taking a look at what some of the best on the circuit choose to ride
by Jamie Williams

Did you know that lots of F1 drivers are also keen cyclists too? Some of the biggest names in the sport from Lewis Hamilton to Fernando Alonso are fans of two wheels, and you'll see everything from road bikes, to mountain bikes and even folding bikes in the Formula 1 paddock.

Whether it's ferrying drivers and staff between car park and pit lane, sighting laps before the main event or just heading out for a ride during the off-season to keep their fitness up, F1 riders and staff seem to love their bikes... but what do you ride if you're used to some of the fastest machines on the planet? Check out our pick of F1-approved rides below...

Perhaps the keenest cyclist on the grid is Alfa-Romeo driver Valtteri Bottas, and that's hardly surprising when you realise that his girlfriend is Australian pro cyclist Tiffany Cromwell; in fact, he's recently been spotted handing out bottles at the Tour de Femmes. If Bottas wasn't so good at driving cars maybe he'd choose a career as a soigneur...

Bottas is a talented cyclist in his own right, regular competing in e-sports races on Zwift and often completing 100 mile rides aboard his Canyon Aeroad disc brake road bike. This year it's the Canyon Inflite that appears to be Bottas' favourite though... llike many people he's caught the gravel bug! The Inflite CF SLX is kitted out with Zipp wheels and a Sram Red eTap AXS groupset.

Alonso is another driver that turns to cycling to keep fit. Most likely it's not the most popular choice with his Alpine team, seeing as last year it was touch-and-go as to whether he would be able to start a race after being hit by a driver while out cycling.

Last year's World Champion is no stranger to bikes, and thanks to the technical partnership between his F1 team Red Bull Racing and bike brand BMC Switzerland we somehow doubt he had to pay for this Timemachine 01.

Once again we can see the Sram eTap AXS groupset being used. Most parts are proprietary from BMC, but Enve has got in on the action to supply the wheels, specifically the 6.7s clad in Pirelli rubber, the same brand as you'll find on the F1 cars.

Hamilton might be one of the most successful drivers of all time, but he's not the keenest when it comes to cycling. Even so, he did head out last year on a mountain bike. We're not sure he found it overly comfortable though, and seems to prefer going downhill rather than up...

The Ferrari duo are often some of the first to head out on their bikes for track reconnaissance, and during the course of the last two seasons have used a multitude of bikes.

Ferrari has a long-term relationship with fellow Italian brand Bianchi; we've seen plenty of limited edition collaborations in the past with Leclerc, Sainz and other Ferrari engineers often using the rather basic Via Nirone 7s.

Leclerc also has a Stajvelo Beau Rivage, a road bike designed and made in Monaco, the Ferrari driver's home nation. This special edition with Ferrari red paint scheme has a Sram Force eTap AXS groupset, DT Swiss wheels and once again Pirelli tyres. The good news is that it also appears to be far more reliable than his engine this year...

Sebastian Vettel, who just announced that he is retiring at the end of the 2022 season, has been spotted riding some interesting contraptions during his illustrious career, but since last year this 54cm J.Laverack titanium R J.ACK Disc Race II Ultegra Di2 has been making the most appearances. 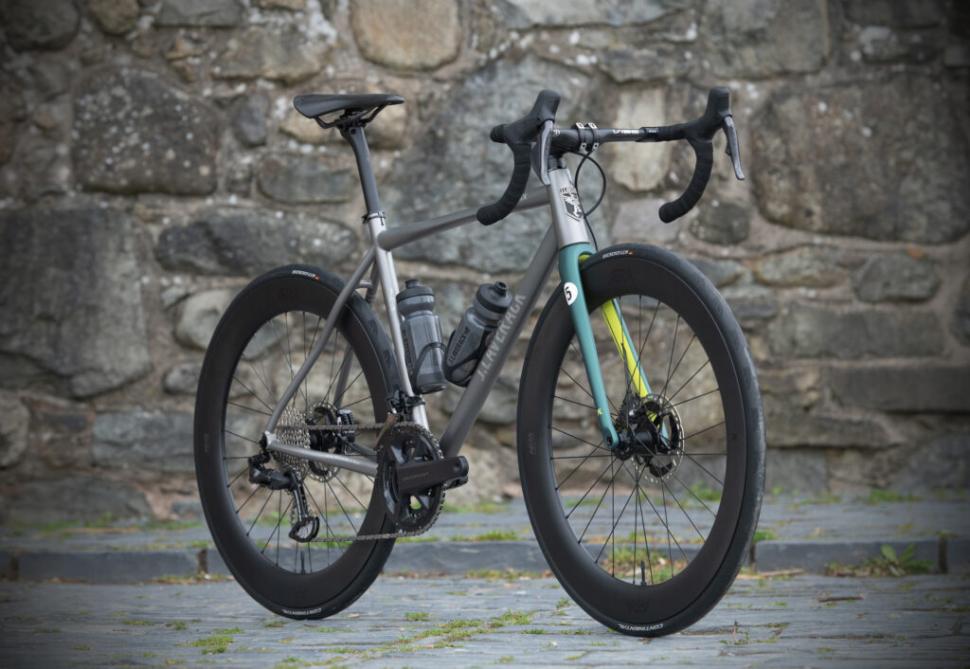 The four-time world champion has his bike specced with a Ceramic speed OSPW titanium cage, 40cm PRO Vibe Aero SL carbon bars, a Brooks C13 carbon saddle, Continental GP5000 tubeless tyres and Aera carbon wheels with Chris King hubs. We're a big fan of this bike and it's clearly a money-no-object build. You can check out the full spec here.

Vettel's German protege is also a keen cyclist, and has gone for an almost entirely Specialized affair in the the form of this rim-brake Venge ViAS with Roval CLX 50 wheels, plus S-Works cranks, stem and bars. This is the 2018 model which Schumacher has had from new, but he's been spotted still using it as late as last autumn.

Jamie Chadwick might not be in Formula 1, but she has won every W series race of the 2022 season so far and is a development driver for the Williams F1 team. She's also an avid cyclist, regularly posting pictures of her riding a Cannondale Supersix Evo Ultegra Di2 or Cannondale Systemsix on Instagram.

The bike shown above is pretty much a stock build, with 45mm Hollowgram Knot carbon wheels, Vittoria Corsa Graphene 2.0 tyres and a Cannondale Knot cockpit.

Another great day of cycling & exploring the beautiful Austria.🇦🇹 Ready for some more fun this weekend!! pic.twitter.com/nAGLTE3WyH

Gasly is an ambassador for Heroin bikes and has a custom model of the hand-crafted HR model. The bike is equipped with a Shimano Ultegra R8070 groupset and carbon wheels from French manufacturer Duke.

Not a bad little surprise to get home to! Big thanks to @BahrainMcLaren for sorting this out ✊ pic.twitter.com/frctHliCtc

You might remember that not so long ago there was the WorldTour cycling team Bahrain Mclaren, that has now morphed into Bahrain Victorious; but Mclaren F1 driver Lando Norris has held on to his team edition Merida Scultura.

The now-retired world champion never seems to be far from a bike and is an ambassador for numerous cycling brands. The Brit also has some very respectable triathlon results but when he's not on a TT bike it's a Factor Ostro VAM that is his bike of choice. The bike is kitted out with Shimano Dura-Ace R9170 Di2, Black Inc wheels, Continental GP5000 tyres and a 3D-printed saddle.

What do you think of the F1 driver's bikes and which is your favourite? If you were an F1 driver would you go for something off the shelf or artisan? Let us know in the comments section below as always...