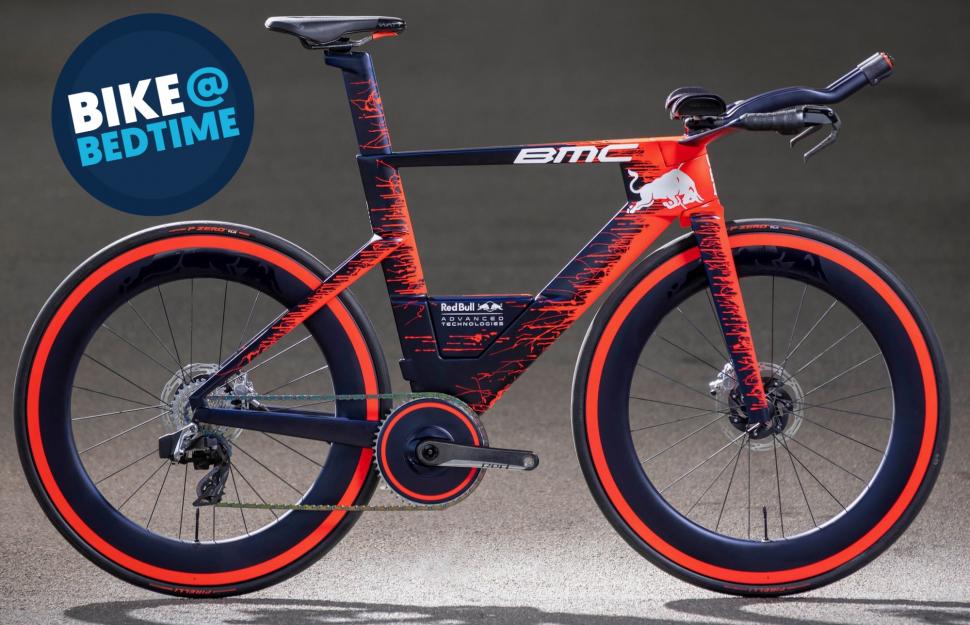 After four years of research, prototype bike will be raced for the first time this weekend
by Mat Brett

BMC and Red Bull Advanced Technologies say that they have developed the world’s fastest race bike after four years of research. The prototype bike will be raced for the first time this weekend. 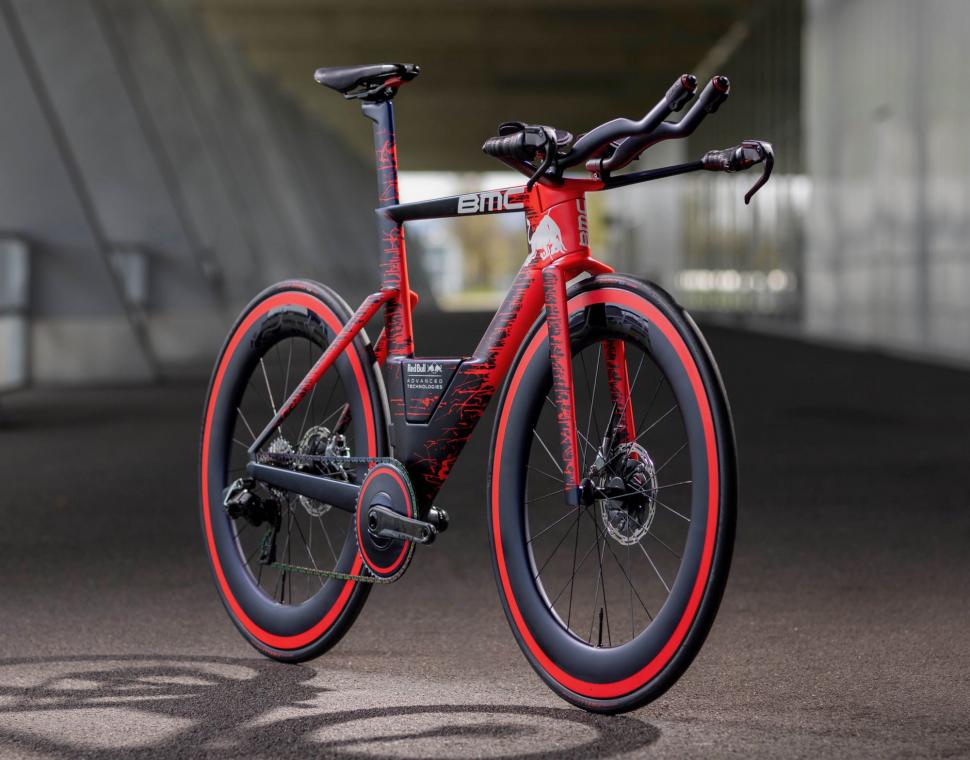 Red Bull says that it has taken its Formula One methodologies in aerodynamics and CFD (computational fluid dynamics) and applied them to bike design. The result, it claims, is a bike that “has the potential to be a game-changer”. 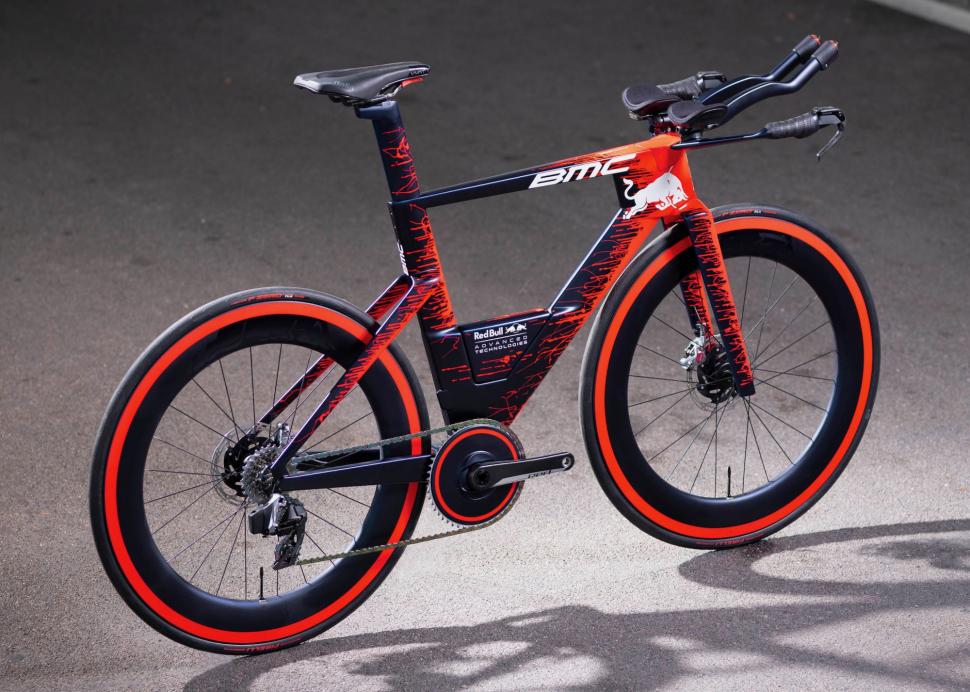 BMC first collaborated with Red Bull back in 2018, intending to improve the design and development of high-performance bikes.

“The simulation know-how of Red Bull Advanced Technologies is very complementary to our in-house expertise of bicycle design and structural knowledge,” said Stefan Christ, Head of R&D at BMC Switzerland.

“Simulating not only the vehicle performance but the entire performance environment offers huge opportunities in the collaboration and finally makes BMC athletes even faster. Building the prototypes in our very own Impec Lab here in Grenchen, Switzerland helped us to be fast in development but also realise exactly our vision of the bike.” 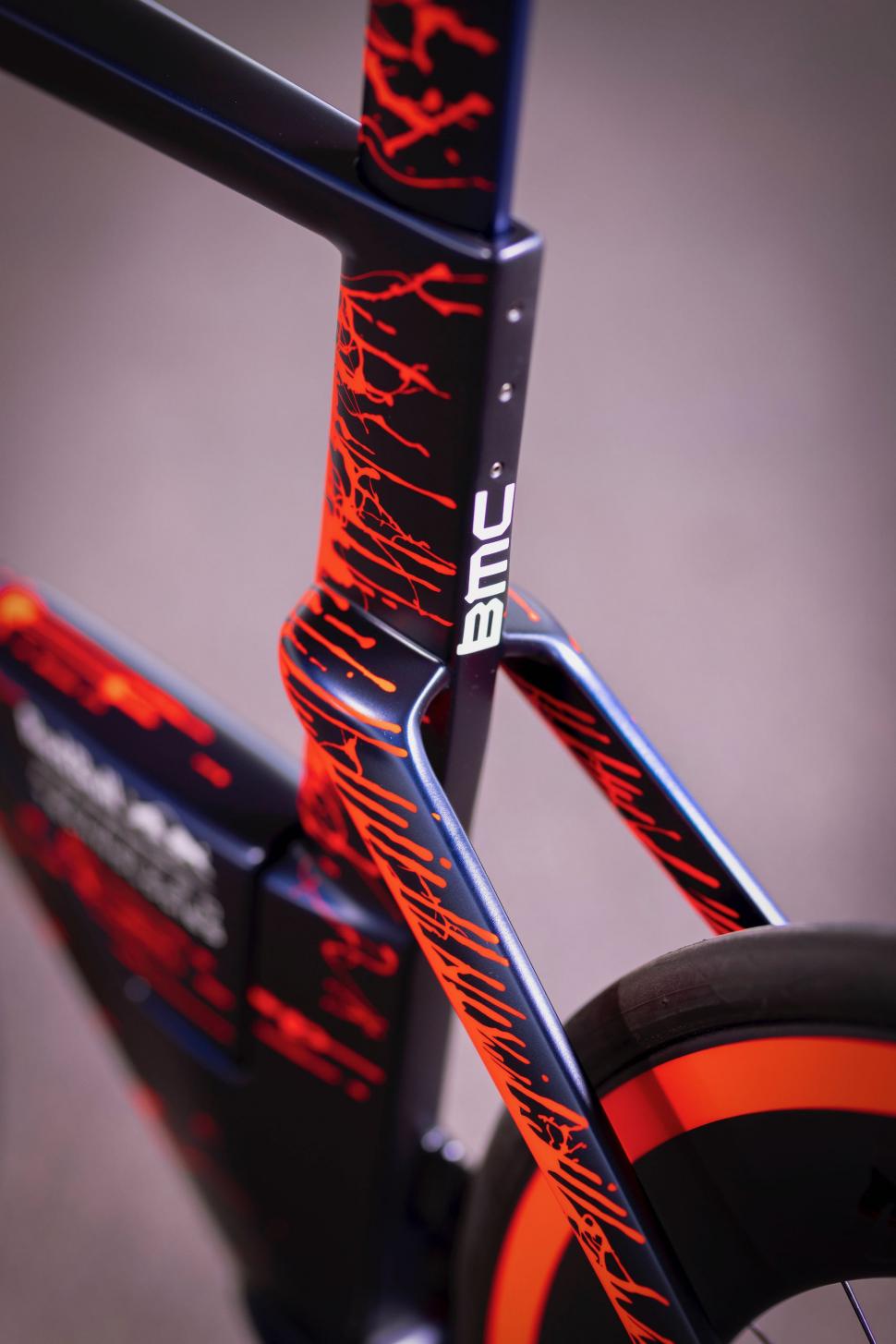 BMC hasn’t released much in the way of tech detail but the prototype bike doesn’t look a whole lot like the existing Timemachine TT/triathlon models.

The steep seat tube isn’t cut away around the leading edge of the rear wheel, for example. Instead, the rear edge is straight and there’s a big gap from the tube to the wheel – the opposite of what most brands have been doing for the past few years.

Similarly, the leading edge of the down tube is straight rather than curving to accommodate the rear of the front wheel. 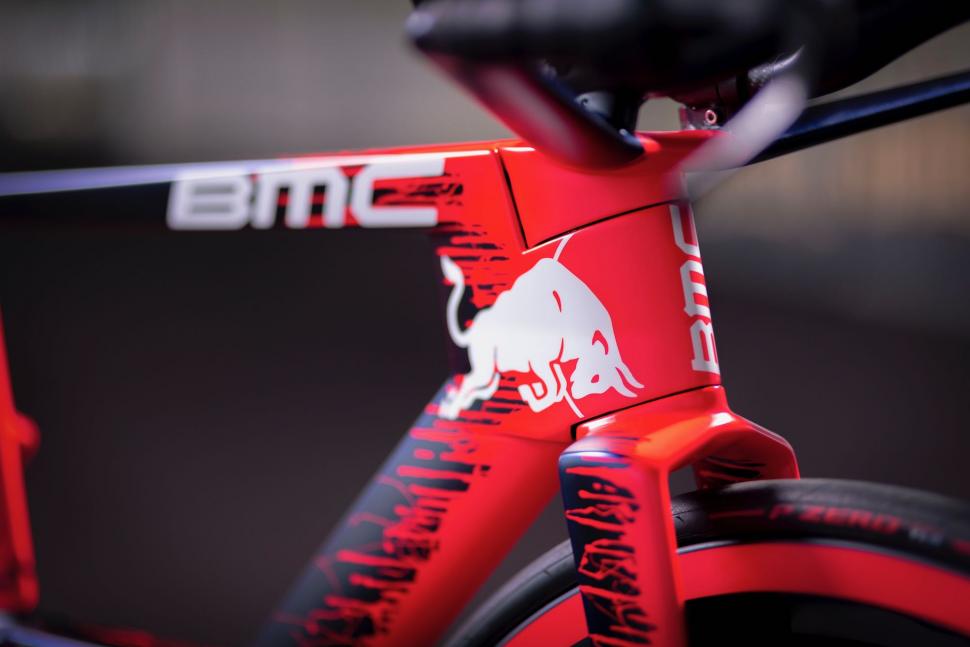 The head angle looks extremely steep and the stem is integrated into the deep head tube. The fork blades are deep too and sit very wide of the front wheel. They travel vertically from the dropouts, heading inward only right at the top. This is similar to the fork on Ribble’s radical Ultra aero road bike, for instance. 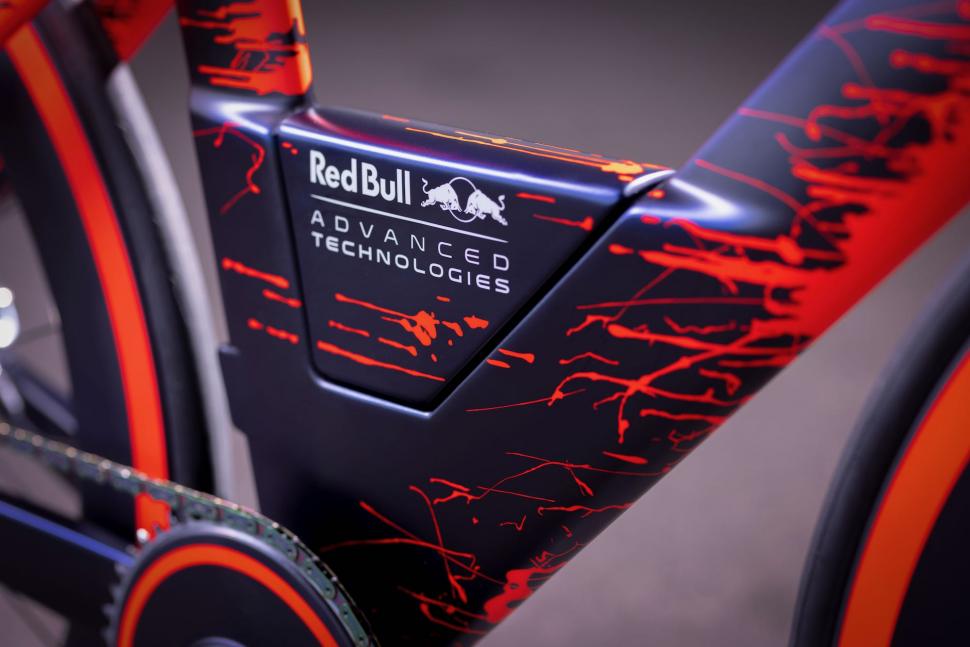 BMC/Red Bull have yet to give any information on the tube shaping although lower sections of both the down tube and the seat tube have clearly been widened to work seamlessly with a storage system that slots between them. Several other brands do something similar – Specialized offers a FuelCell for its Shiv that lives down there, for example – while BMC’s existing Timemachine has a Rear Box Storage that sits behind the seat tube and above the dropped seatstays.

Interestingly, we’re seeing no bottle cage mounts so we imagine there must be some internal hydration system.

BMC hasn't offered any statistics to back up its claim that this is the world's fastest race bike although, to be fair, we'd expect that kind of information at launch rather than during the prototype stage.

“It has been fascinating to be involved in this project from its early stages, to continually test the athlete and machine interface,”Cancellara said. “Being part of the development of a cutting-edge bike, employing some radical principles and being given the chance to influence its performance from a rider perspective has been amazing. The finished prototype is incredible, and I look forward to what’s next.” 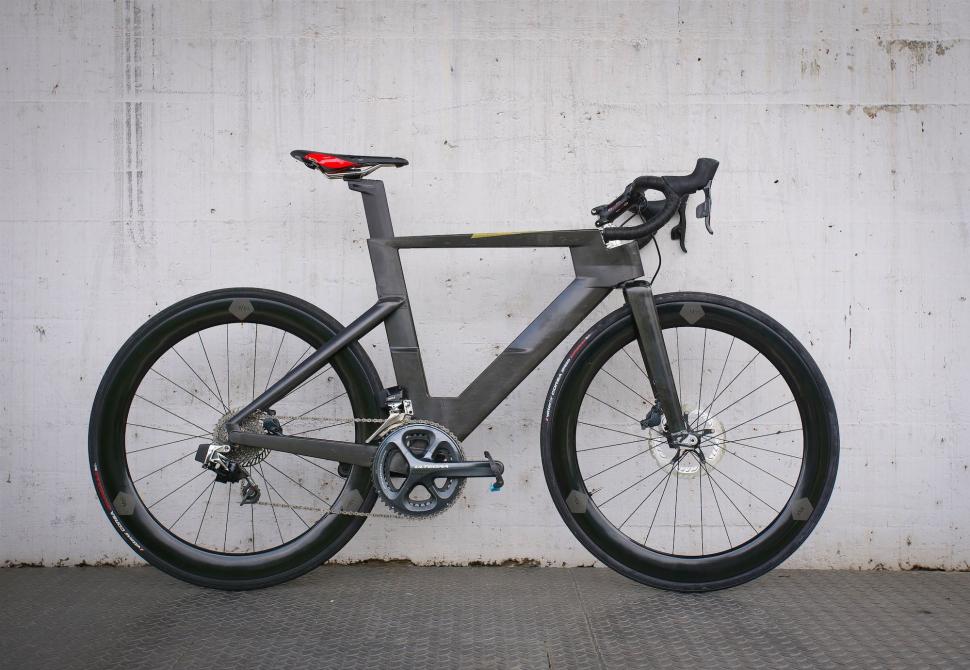 This photo from BMC suggests that the tech will be used to develop a road bike, although that hasn't been confirmed. The bike pictured above is set up with a mix of SRAM Red and Shimano Ultegra components.

The BMC/Red Bull Advanced Technologies prototype TT bike will make its competition debut at the 2021 Ironman World Championship at St George in Utah, USA, on 7th May 2022 (last year’s event having been rescheduled due to Covid-19). It’ll be ridden by Red Bull Athlete and BMC Pro Triathlon Team member Patrik Nilsson.