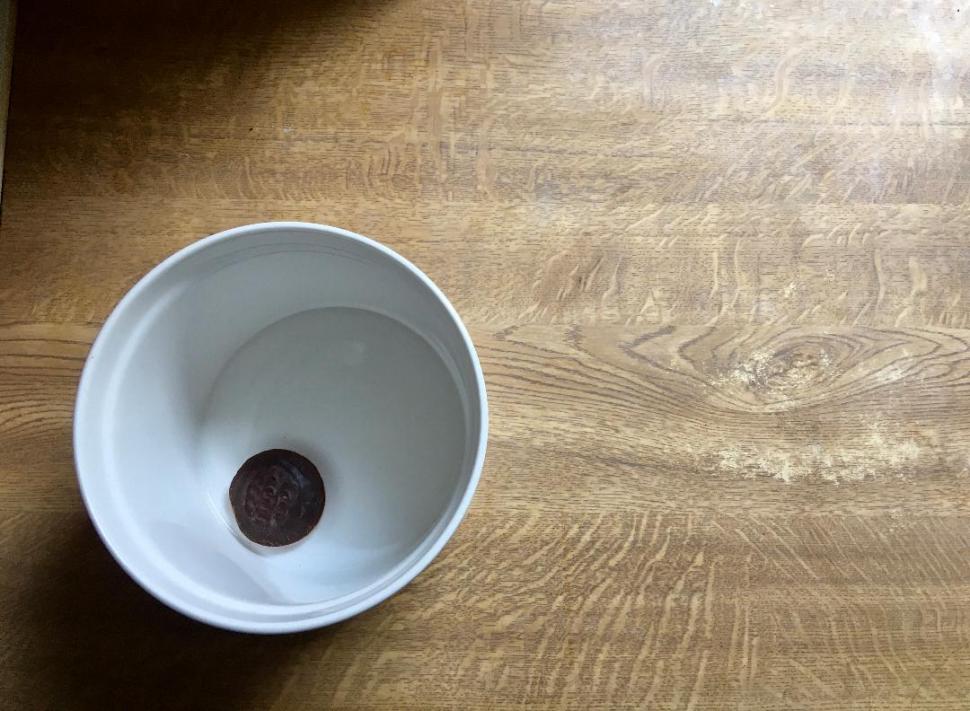 The hum of traffic is replaced by hammer of DIY – time to reflect on small, but important details

As I’ve mentioned here before I’ve spent my life working from home and the vast majority of that has been on my own. I’m used to being in a state of self-imposed isolation and it’s my preferred way of being, I don’t feel the need to surround myself with people, crowds make me angsty and even prolonged exposure to good friends can make my fingernails go a bit itchy and I have to make an excuse go do something else for a while in a quiet place. Day Three on any weeks’ holiday usually.

But I’ve learnt that even the briefest basic human interaction can be a Good Thing and somehow leaving the freelance house once a day is a useful for relieving cabin fever a little and maybe seeing another face other than mine or the cat’s and just saying hello to someone along the way is often enough sociability for me. I’m ignoring the times I hover inside the front door until the neighbour shuffles back indoors so I don’t have to have one of those polite chats. I also know that opening the work-room window once a while to stop it developing a lived-in funk is worthwhile.

I started working from home when all there was was the telephone, and a fax if you were posh. If it rang before the cheaper call rate kicked in at 2pm it was important, if it rang after six when it was really cheap it was mother. Other day-to-day conversation came via maybe meeting a friend and the interaction with the lady in the corner shop. Background noise to fill the day was the radio, all four BBC stations, whichever local one you could cope with the adverts the best, and your physical music collection. Looking back it was a lot quieter, the radar was stacked with less traffic and it was a lot easier to get on with things without distractions. Now there are smart phones with their multiple chatter media, the internet and all the sharing platforms, comments and forums so it’s possible to interact with everyone on the planet every second of the day, it feels like talking but it’s an empty unfulfilling exchange.

As an eternal work-from-homer all of these recent connectivity media have completely changed my life from that of just waiting for the land-line to ring and auto-reversing cassette tapes, they’ve added to it greatly, had their sometimes downsides and generally been detrimental to work rate. And although I’m alone in a room in the back of the house I can feel constantly connected to the rest of the world; listen to a radio station in Sacramento, lovely, txt a friend in Newcastle, great, discuss toe-straps with someone in France, amazing, get a sudden IM from a old mate stuck in New Zealand, whoa.

In the last few weeks my phone screen time stats have made for alarming reading. It’s hard to imagine the current situation under old school rules; no clever phones, no interweb, no FaceTime, no endless scroll of TV channels, +1, no Netflix, YouTube, watch and listen again, podcasts or every song that’s ever been recorded ever. Even dealing with this via a not that ancient text only phone would be hard, and there would be a lot of thumb RSI burdening the NHS.

We are social beings and despite all the negative points of permanently looking at screens and pounding angrily at keyboards the flood of inter-connectivity between all the pockets of enforced isolation has been momentous. It has countered the onslaught of bad news with creativity and imagination, it has been uplifting and shone a bright positive light in the darkness. It has allowed friends to simply ask “Are you ok?”

I’ve never been one to have to meet me mates down the pub or share the events of the day on the sofa with supper on laps and despite this constant virtual chit-chat I have come to realise that I’m actually missing that one on one interaction that used to happen to me a couple of times a week and I understand only now how vital that was. Even if at the time I was too keen to shun it.

The instant reaction that comes with face to face conversation, the easy meandering flow of waffle that doesn’t happen via a keyboard, the chance stumbling into subjects, the sudden laugh, that look in the eye, the thrust, parry, volley and letting yourself be swept along a stream of natter was essential. There’s probably science and dopamine involved. Even if it only happened to be a half hour coffee slot after a long three days of solitude or the nonsensical wind-snatched gobbets of drivel on a bike ride with a friend.

The smartphone has been used for its actual primary purpose and people have been ringing me up. Just like the old days, I know, imagine. And the lift in spirits has been instant, on both sides of the line (can a mobile have a line?) In contrast to the non-committal casual act of sending a message actually being bothered to make that effort and devote time to talk gathers a notable significance.

Meanwhile it’s the smallest things that highlight the great change we are in. As always along with the house keys I put some money in my little cycling back pocket wallet in case I need to buy something on my ride or grab a bun on the way home even though there’s nowhere open, nothing to buy and no one taking cash. And expenditure is a trickle as even though I’m not the most consuming of people or a social gadfly all of the just popping out for a coffee and cake, grabbing a snack, or meeting friends for a drink that gently drip-drip-drips away at funds doesn’t exist. Which is lucky as soon there might be no money to spend.

Shopping for essentials only has cut the budget considerably as well, combined with only shopping when strictly necessary. It’s highlighted how much got frittered away on ‘bits’ and nipping out for a nibble as part of the daily house leave instead of making something at home. But then I live alone, am frugal at the best of times and I don’t have an entire family at home 24/7 eating everything all the time rather than having a portion of their meals at work or school. I’ve not made any bread.

The all-encompassing quiet is still a novelty to move around in, although it does bring to the fore all the suburban DIY that’s going on. And the lack of traffic means that simply getting around is so much quicker; not waiting at the kerb whilst walking or having to press a button to be allowed across the road, and not needing to stop at every junction by bike to wait for a suitable gap makes you realise just how much time outside was taken up with waiting for cars to get out the way. Sweeping through intersections and the ability to saunter down the middle of the road are still a simple glorious pleasure.

But it’s ok. It’s ok. I’m not forced to stay in a house with someone, I’m not trapped in a house with someone I don’t like, or who doesn’t like me, I don’t have to deal with bored children. My days are simple. I have work, currently. I have access to outside space. It’s ok. While I’m doing my best in light of what’s happening I’m not in a constant fear of it taking my life or that of a loved one. Even the new normal isn’t normal yet but it’s mostly fine. I think I just needed people more than I’d want to admit, even if it took having the choice of when that was taken away to get there. Self-isolation was a privilege and now it’s a chore. A life-saving one.