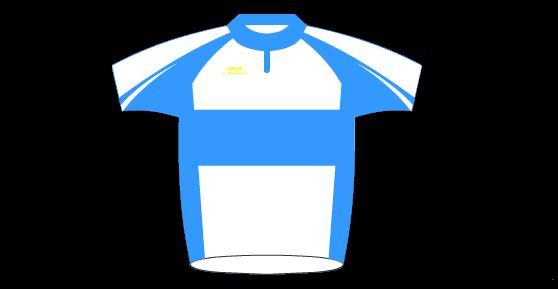 Some cycling fans still, rightly or wrongly, dimiss the Tour Down Under as a glorified warm weather training camp but there's no denying it's place in the World Tour doling out as many WT points as other more prestigous stage races.

As well as being races full of history and intrigue Paris/Adriatico week poses the first major hurdle of the fantasy season, having to run two teams side by side.

With the World Tour events now coming thick and fast it seems the right time for another fantasy catch up.

Fantasy wise my point haul is respectable but I've dropped way down the World Tour rankings and way behind TERatcliffe.  The main cause of my difficulties in the first major European stage races were lack of serious GC contenders.

Paris-Nice: Westra came a poor 8th after looking strong all week and my only support was from Quintana and Roche in 15th and 16th respectively.

Tirreno-Adriatico: Samuel Sanchez was my highest placed finisher in 18th.

As we found out in Australia, for week long stage races the real World Tour points on offer are for GC placings, winning stages nets 5 points, winning races can be worth 100s.  Richie Porte bagged a whopping 113 points for winning the Paris-Nice plus his stage results, Contador netted 72 points for his 3rd at Tirreno-Adriatico.  In each case it shows the value of having a squad full of strong General Classification riders.  Riders like Nibali, Contador and Froome may take the headlines but the second tier of riders, riders like Chris Horner, Andrew Talansky, JC Peraud and Richie Porte are worth their weight in gold at the end of the season if they can build up a few hundred WT points.

It's not all been bad news though.  Stage wins from Marcel Kittel and Nacer Bouhanni at PN along with the leaders jersey and some strong placings from Mark Cavendish and Arnaud Demare show that my sprint team is going to be strong at the grand tours.  Bouhanni in particular looks strong and versatile and it's a real shame injury has forced him out of Milan-Sanremo.

Speaking of injury, Bouhanni's face plant brings home just how injury prone riders can be.  The slightest touch of wheels can rob you of your star performer in the blink of an eye and leave you scrabbling around for plan B.  Luckily Bouhanni isn't out for long but with the classics coming up, unpredicatable and crash strewn races at the best of times, I'm worried about how many of my top names will be left standing when the Giro arrives in May.

Despite the chances for injury the classics offer my best hope of closing the gap on TERatcliffe and the other World Tour teams as my squad is stacked with quality.  Boonen, Cancellara, Gilbert, Vanendert, Vanmarcke (who is injured) and a few others should stand me in good stead.  Likewise for the sprinters classics my squad of Cavendish/Kittel/Demare and Bouhanni will hopefully make some waves and break up the potential Sagan dominance.

Alongside the classics the stage races continue in Spain with the Volta Ciclista a Catalunya and Vuelta ciclista al Pais Vasco.  Both of these are World Tour events and thankfully Catalunya marks the first appearance of my star rider, Bradley Wiggins, in any kind of leadership role.  Hopefully a strong placing will drag my back up the rankings.

Outside of the major races another of my up and coming sprinters placed well at the Clásica de Almería finishing second behind Mark Renshaw.  Reinardt Janse van Rensburg is showing Argos-Shimano has a knack for picking up young sprinters and, with his time-trialling abilities, hopefully he'll be making a name for himself on the world stage before too long.

1
Police chief says clip of Range Rover driver hitting cyclist with car doesn’t tell full story
2
Near Miss of the Day 813: Audi driver passes oncoming cyclist at speed on narrow country lane
3
Near Miss of the Day 812: Van driver hits cyclist during impatient overtake on country lane
4
You can be the first to own the new Colnago Prototipo… but it’ll cost you – plus more tech news from SRAM, Pirelli, Brompton, Apidura and more
5
Government to crack down on “reckless” riders with causing death by dangerous cycling law
6
Police officer dishes out fines to cyclists – then crashes his SUV into one in a cycle lane
7
"Unacceptably gross": Peloton cyclist's complaint over relative leaving bike in a sweaty mess goes viral
8
road.cc Recommends gets refreshed with 14 brilliant products