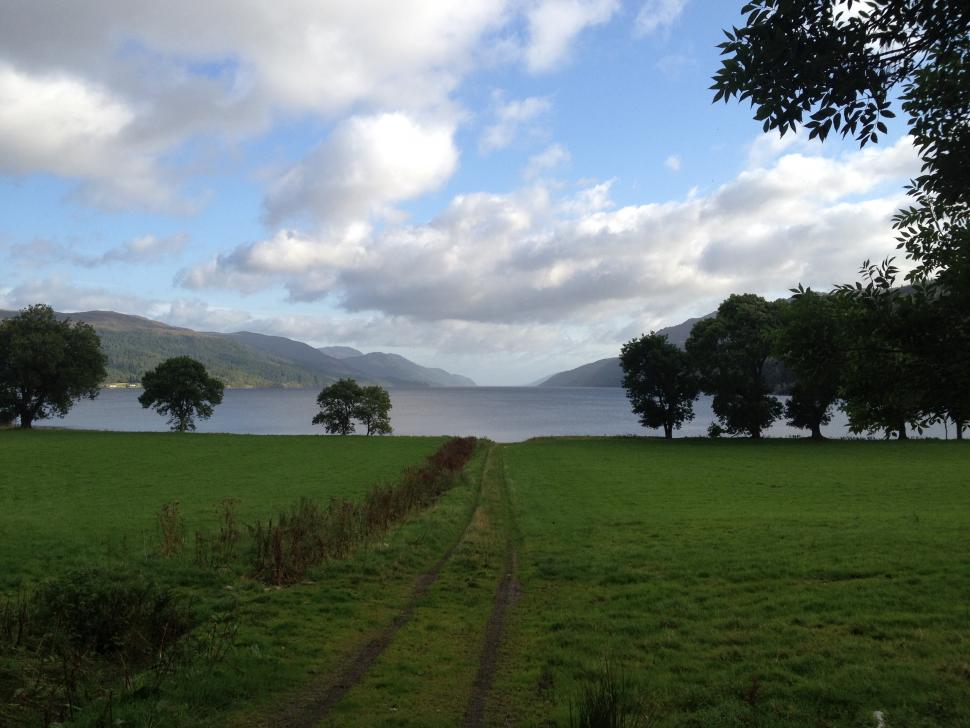 Deloitte RAB 2012 Loch Ness Day 8
Unsurprisingly, after yesterday’s epic day, I slept in – PANIC! Apparently the Proclaimers had been playing but I hadn’t heard a thing and I now know I wasn’t the only one. I awoke to find it light and knew immediately that something wasn’t right. At 5

Unsurprisingly, after yesterday’s epic day, I slept in – PANIC!  Apparently the Proclaimers had been playing but I hadn’t heard a thing and I now know I wasn’t the only one.  I awoke to find it light and knew immediately that something wasn’t right.  At 530 it is definitely dark and it is not until you are emerging from breakfast or cleaning your teeth that the sun is rising and you can switch your headtorch off.  It was 640 and we were due to leave at 715.  No time for breakfast and in a complete panic, I ran around collecting my laundry, getting into my kit and packing up.  By some incredible miracle I screeched to a halt at the start at 715 exactly almost in tears so terrifying was the prospect of being left behind by my group.

Today we were so lucky – I think we deserved it.  The weather consisted of beautiful sunshine and the sights were simply stupendous.  We cycled through the Great Glen passing the Commando Memorial, past Loch Lochy and Loch Oich and on to Loch Ness which was a definite highlight of the entire trip for me (see pic), the sky was blue and the waters steely, it took our breath away.  Luckily not too much though as next a steep climb took us up to the road above alongside the loch on the South side where we passed expanses of heather and moorland whilst catching glimpses of the loch down through the trees to our left.  This first section of the day got even better as we then careered down a magnificent miles-long descent into the first pit stop where spirits were the highest yet.

The next climb from Cromarty Firth up and over to Dornoch Firth seemed to go on forever but with the sun still shining and tail winds to boot, no one was complaining too much.  Again the view from the top down over the Dornoch Firth Estuary was worth it, true Scottish beauty.  From there it was pretty much downhill home and although the ride was 111 miles today, it didn’t feel like it.  We all enjoyed every minute of it and with the added knowledge that tomorrow was incredibly the last day, everything seemed to be falling in to place and as we crossed Bonar Bridge and rode the last couple of miles to our final camp at Kyle of Sutherland, with the sun Still shining, we could finally feel excited about completing this crazy ride.

872 miles down, a mere 104 tomorrow, the mood round the camp has changed again, (possibly a little to do with it being the last night most are camping) but mainly of course because, bar a natural or unnatural disaster it really looks like we are going to make it.  My only niggle this evening?  That someone had thought it a good idea to place the portaloos between the camp and the gorgeous view of the river which rather ruined our sundowners after a near perfect day!

Every evening  at the briefing, someone is thanked and tonight there was less motivational speaking and more thank yous to all the amazing people that have made this possible, including Karen Hannaford in charge of the camps, Maz Hedley-Lewis in charge of pretty much everything as far as I can understand, the chaperones and Andy and Jackie Cook, Nick Tuppen Head of Threshold Events, the Halfords guys who work late into the night by head torch, the guys who put the signs up, the guys who take the signs down, all the pit stop guys who keep us going during the day, the catering staff, the massage team, the physios, the immaculate tent erection team, the shower guys, you get the picture, it goes on and on.   It is a massive operation and it has been so well run, nothing has been missing and if there is anything that would improve the ride, Threshold or the relevant people take note and promise to sort it out either now or for next year, whatever is logistically possible.

For now though one more sleep until the big day...John O’ Groats, here we come!