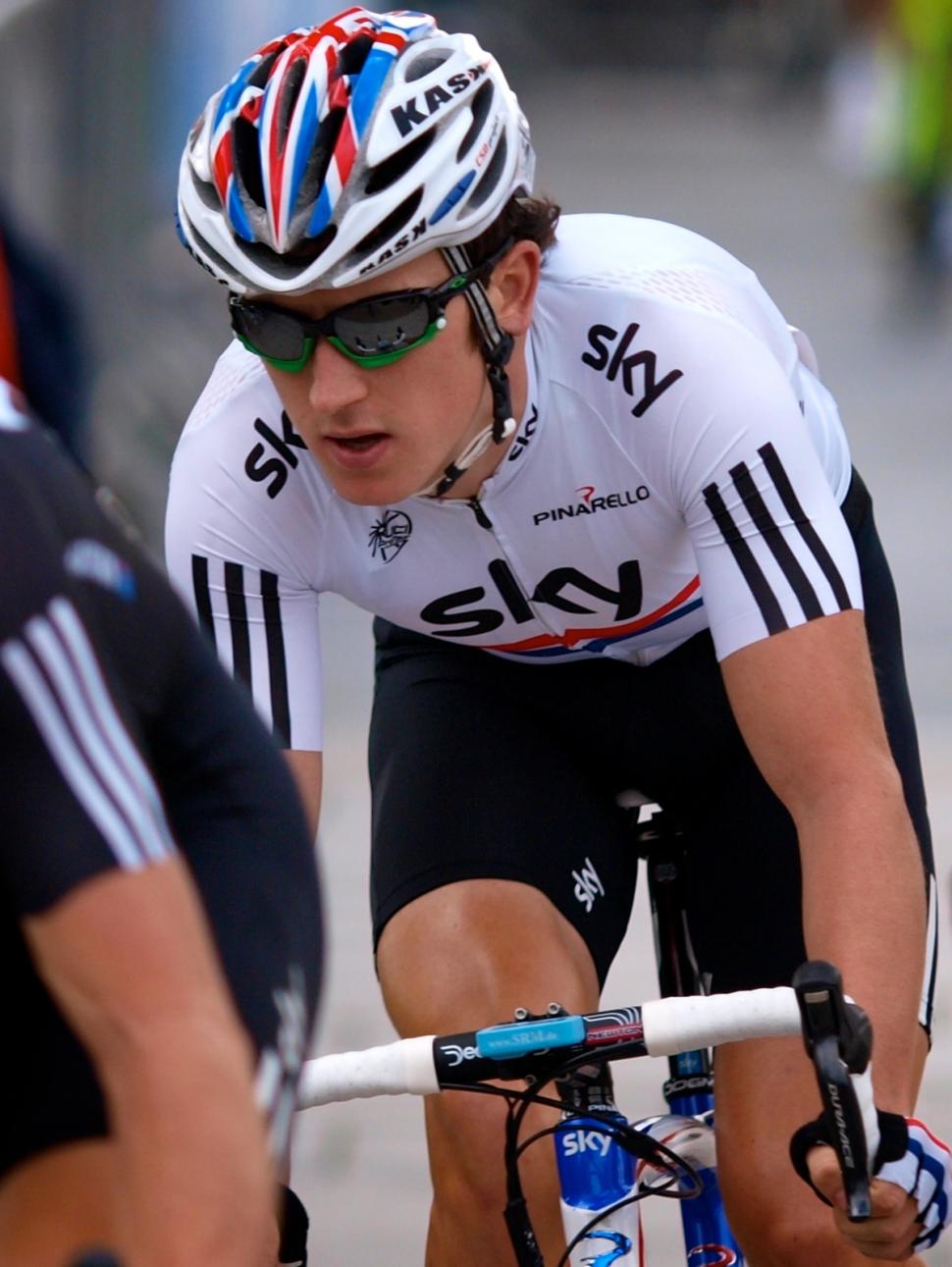 road.cc guest blogger Geraint Thomas takes time out from eating Welshcakes in the back of the British Cycling van to reflect on a successful day at the Track World Cup in Manchester with a gold medal ride in the team pursuit, and to look forward to a five day stage race in Sardinia riding in the Team GB colours…

Well that was a pretty successful weekend!! I was a bit gutted after the individual pursuit, mainly because of the way I rode it (smash it and die!) But it was a good ‘hit out’ for the team pursuit today.

We were really happy to ride a 57 in qualification and a 55 in the final!! Especially after the limited amount of time we had together on the track. I must say though the crowd was mega!! I don’t usually hear much when I’m racing but the crowd this weekend was deafening.

As I write this we are on the way down to Heathrow. Not quite the team Sky bus, it’s GB’s van, but the banter is good.

We have a 7am flight tomorrow to Sardinia, where we will be racing a 5 day stage race. I’m not too sure how it will go… We haven’t exactly done many miles the last couple of weeks but it will definitely bring some road form back.

I’ll be racing for GB so I will be alongside Ed Clancy, Steve Burke, Andy Tennant, Luke Rowe and Sam Harrison. As well as my Sky teammates Ben Swift and Peter Kennaugh. It’s not often we get to race in the same race on the road let alone the same team so we should have a good laugh if nothing else.

My Welshcakes that ‘Fabulous Welshcakes’ kindly sent me are going down well anyway!! So I’d better stop writing and get one before they are all gone.

You can keep up to date with what Geraint is doing via his website www.geraintthoms.com

1
Special-edition 25 year anniversary Shimano SPD sandals launched. Still comfort over style, then.
2
Apple Watch with cycling power estimation is a step closer to reality
3
Video: “…not got your licence plate” – Black cyclist stopped by London cop for "anti-social behavior" including not wearing helmet or hi-viz
4
Outdoor and bike brand Alpkit raises £1.5m in crowdfunding – in less than an hour
5
Near Miss of the Day 434: Cyclist starts using camera after driver forces him off road – and captures three close passes in a week
6
New study finds that cyclists don’t hold up motorists
7
Chris Boardman has sold his car and is working part-time at Halfords
8
Watch Live: Tour de France Virtual Stage 1