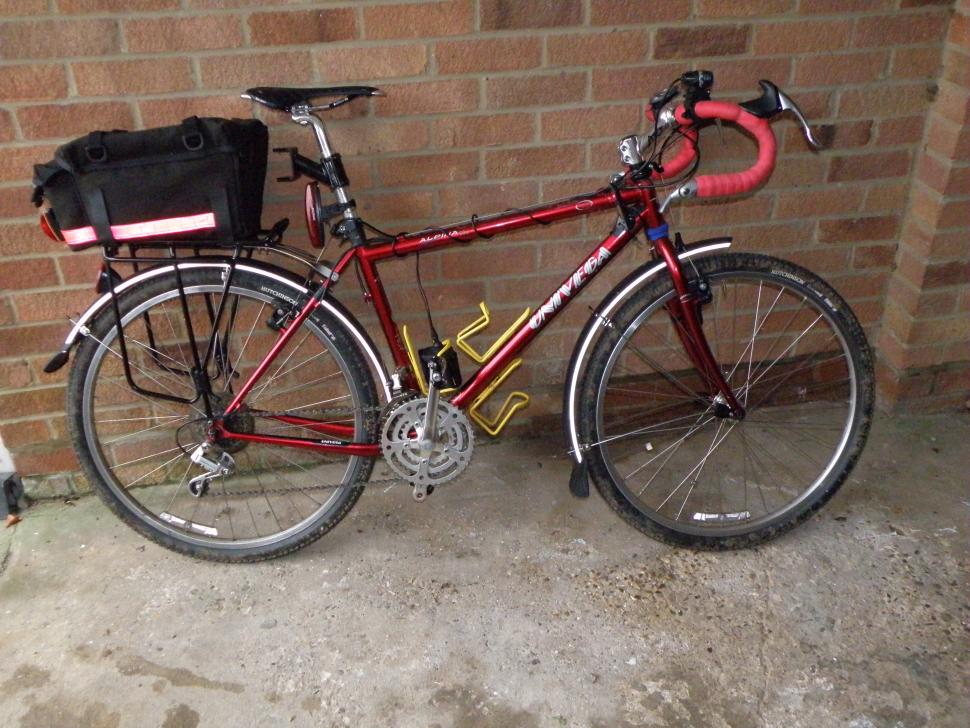 Here at road.cc I enjoy a reputation for the obscure. Things quirky and just a little different fascinate me. My red Univega is a prime example. Based around a high- end (double butted 4130) Cro-moly frameset hailing from the late 90’s, it features Ritchey ends, curly stays and braze ons a plenty.

Enjoying a steady evolution over the past decade, it remains faithful to the design brief- a robust, yet sprightly machine capable of entertaining deserted green lanes and congested concrete jungle in equal measure. Slightly longer chain-stays mean better manners when festooned with bulging panniers and/or hauling the tag-along, whilst remaining joyous unladen. Sure there’s an element of compromise- it’s not as fast as more traditional tourers and plain gauge Cro-moly framesets offer greater lateral stiffness at the expense of zing for tugging duties but, as a durable machine for all seasons it’s pretty hard to beat.

Unable to resist, I built a sibling, this time around a 631mtb race chassis characterised by tight rear triangle and a slightly unforgiving alloy fork. Paired with a single ring, 46cm drops, 11-19 straight through block and dyno-hub guarantees a quick, agile ride through mean city streets. Pared to the essentials, shod with cross specific tyres and monster bottle cage, this “Frankenbike” becomes a very able winter plaything, capable of ‘cross and catching many a traditional roadie by surprise!

Now, reclining on the couch, I will take you on a journey through my unconscious mind and back to my formative, teenage years…

Sitting in English, reading the cycling press of the time and tuning out from the incessant classroom chatter, the girls swooning at the prospect of another Bros single while the lads lusted after Valerie Lyn in form 2K2. I happened upon Muddy Fox’s Trailblazer. Built from TIG welded Tange, sporting big, wide drops, 26X1.75 knobblies, Sun Tour groupset, bar-end controls and finished in deep blue…. I was smitten… Never saw one outside of a photograph but the seed was sown.

In 1989, the year taste forgot (Mullets, day-glow pink and yellow frames anyone?) Orbit, then of Dudley unleashed the Frontier- a 531 ST 700C go-anywhere tourer with huge clearances, drops, thumb shifters XT group set…Criticised by testers of the time as being too compromised, it captured my imagination.

Some twenty years on, the Univega is my interpretation of the two concepts and a very harmonious union to boot. 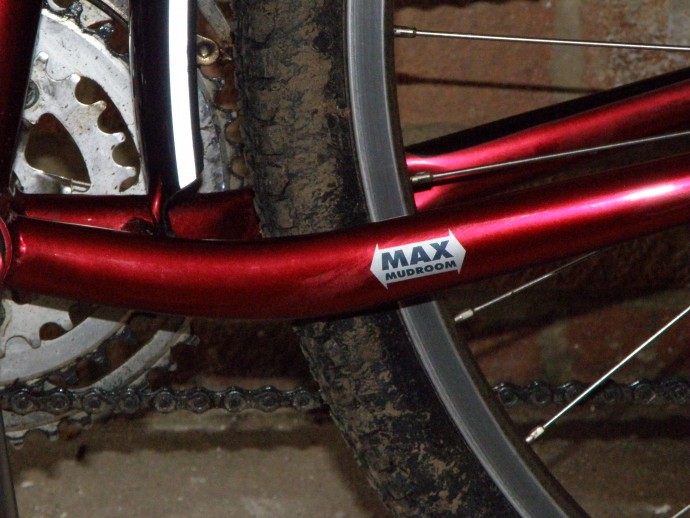