You know you're a cyclist when… 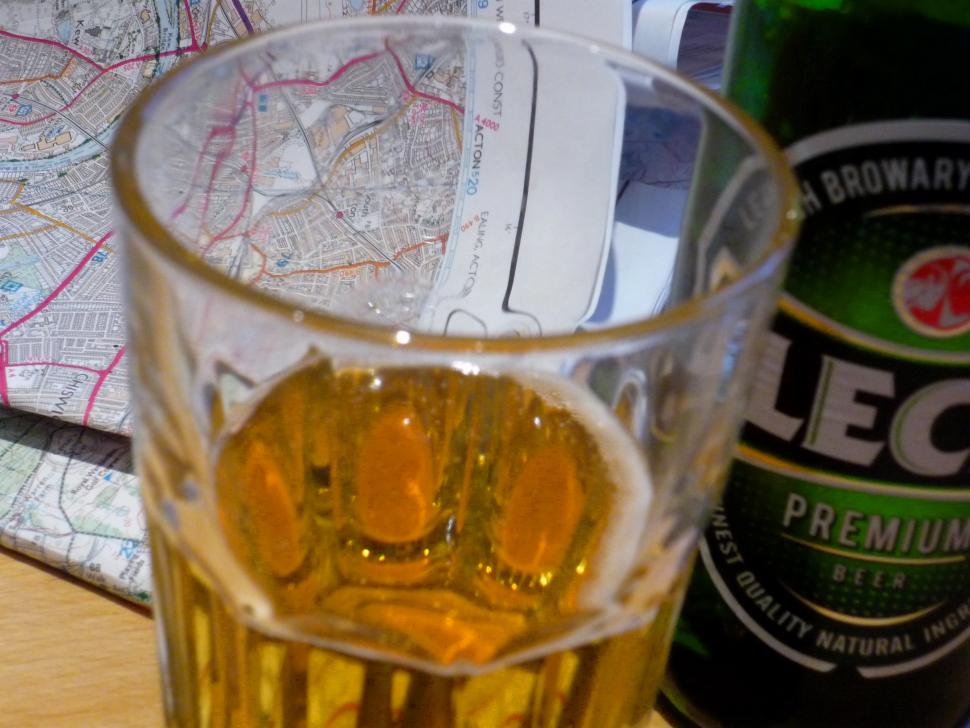 You know you're a cyclist when you’re asked to an evening’s dinner at a house that’s some distance away and you immediately wonder if it’s rideable.

You know other people aren't cyclists when you ask if it's okay to pedal to their house and they reply that it's fine, yet enquire if your bike is too precious to be left outside and you have to gently and politely explain things that those that ride simply understand.

You know you're a cyclist when you spend the next week pouring over old maps and spending the equivalent of the train fare to this unfamiliar destination on new maps to work out a route from yours to theirs. Brighton to Ealing. Not up there in the great pantheon of cycle journeys in either distance or romance, but a little adventure nonetheless; cyclo-cross bike, small panniers, as much off-road as possible, new landscapes to pedal through, and old familiar terrain to weave through but with a different destination in mind.

Leave Brighton, up the Downs Link path towards Guildford, follow it all the way to the end where it joins the North Downs Way, turn north on road and find a way across the M3 and M25 to reach Weybridge and finally join the Thames Walk path to meander to Kew and quickly nip up to sunny Ealing. Hardly the most direct route, circumspect would be an understatement, and dogleg would be quite accurate, but it will be a decent long ride with supper at the end. A good plan then.

Bottle of wine and posh shirt in one pannier, shoes, toothbrush and maps in the other. Let's go.

Most of the Downs Link is familiar ground, and I'm in no rush as I stop in for a cup of tea with a friend who lives just ten miles away, but it's a futile delaying ploy for the Downs Link, although mostly quiet and pretty, is long and straight and tedious and seemingly all uphill on mind-numbing and arse-pounding bumpy ex-railway gradients. And into a headwind. And despite local knowledge I get lost for a short while thanks to boredom induced not-thinking and a downed signpost. It’s a good couple of hours of pedalling whilst trying to find a nice tune to hum before I reach the poorly signed right-hand turn to head up onto the North Downs. Hooray, proper hills, with corners in.

Despite the dry conditions I'm quickly slithering through mud thanks to a stream running down the trail, black mud. It's a different soil here and a change in geology that makes me realise I've put some miles under my wheels. Gone is the chalk and clay of my home hills to be replaced by the North Downs grit and sand. And the trees aren't like home, it's pines and beeches here, wrapped in thick screens of rhododendron. It rides different and smells different too, I'm out of my jurisdiction and I have to annoyingly stop to look at the map at most junctions.

Past the gardens of posh houses, down tight root-infected trails, across tarmac I've ridden on the road bike, along paths previously travelled on the mountainbike and through farms until I face a wall. The ascent of St Martha's Hill is sandy, steep in places and with enough gullies, embedded rocks and bricks to make it an interesting exercise in sheer belligerence on the wrong bike. Still, a 'cross bike with panniers gurning and creaking up the hill gets encouraging comments from walkers and a fine double-take from a descending mountainbiker, so it's all worthwhile. I reward myself at the top with a munchie-bar from a pannier washed down with smug.

It's a quick nip along the ridge of the Downs and I turn left to be greeted by a fantastic view of what looks like the whole of a late afternoon London, I've tackled the barrier of the North Downs, a small milestone and all easy miles from here on in. Hmm. A section of undulating tarmac makes quick time to Ockham and back off-road again along a dotted line on the map that looked useful. Not 200 yards down I meet a confusion of walkers in nice jumpers stopped ahead of the Land Rover ruts full of water and gloop the track turns into. Hmmm. We agree that this is not conducive to forward movement, and it seems it continues for some time. Conversation turns to my journey.

“Where are you going?”
“Ealing”
Raised eyebrows.
“And where have you come from?”
“Brighton”
Further raised eyebrows.
Very long pause.
“Would you like a Toffee Crisp?”

A chat and map-gesticulation with a walker that knows the area has me detouring on a drier route and I cut across a disused airfield and get lost in a maze of pine woods in the noise-shadow of the M3 trying to find the footbridge across, have to ask the way again and breach the M25 near Junction 10. Despite being in the inner sanctum of the big bad city and another barrier breached there's still a ways to go, and at six hours into the ride it's taken me considerably longer than anticipated to get here. Maybe I should have actually measured the distance and anticipated the unfamiliar route faff rather than hopelessly optimistically guessing "about 5 hours".

I’m running out of time and daylight and far more importantly supper is being slowly ruined so I send a pre-emptive lateness progress-report text to the evening's host and make the executive decision to ditch the planned idyllic evening tootle along the Thames Path and pound the joyless main roads through the capital instead.

Weybridge - Walton-On-Thames - stop to check map at confusing intersection while the Police mop up the broken glass of an accident - big-ring - mash, mash, mash - Hampton Court - stop to put blinky lights on for safety - Kingston - stop to txt progress again - time-trial to Richmond - hit the mountain of Richmond Hill - legs implode - check map - Kew - Kew Bridge - almost there, break out the bunting - scuttle under the M4 - Gunnersbury Park - South Ealing - nearly get killed by a Mercedes-Benz as I ride the wrong way down the one-way system and break the law again just to do the 50 yards to the back door on a footpath that's made of pavé - ring doorbell - try not to look too weary - smile.

The bike is gingerly carried into the hall with the don't-touch-the-walls care of any dust-grubby machine in a non-cycling house, panniers removed, wine offered, and the heroic cyclist is sat down and a cold beer put in front of him.

The roast beef is almost ruined and the vegetables are more charred than roasted but it doesn’t seem to matter too much (I think) because there's tales to be told and the beer and evening flow along nicely. And the cyclist is polite enough not to fall asleep in the pudding.

The following morning it's up at work-o'clock and you know you're in a non-cyclists house when you get just toast for breakfast.

Out into the rush-hour and a heavy bike with sticky-out panniers and tired legs doesn't quite have the nip-and-tuck needed for slicing through snarled traffic. London is horrible. But in no time I'm on the surprisingly deserted Thames Path, it's a bright sunny morning and the riverside is a beautiful place full of secret places and private views of the city. London is lovely. Although I'm happy to be heading home should I suddenly have a flush of wanderlust I could follow this trail either to the Cotswolds or as it's part of the E2 (European Long Distance Route) all the way to Nice in the South of France but I need to I stop in Weybridge first as I should have done yesterday to meet a friend for a coffee. And a Danish pastry. And a croissant. And a banana. To make up for just toast.

The way back is less stuttery as I know where I'm going and fairly zip through previously confusing junctions with a smiley skip and a jump, only stopping to enjoy the quiet of Monday morning flight-path countryside disturbed by low-flying Jumbo jets. Newlands Corner is perfectly placed for a cup of tea and a ham sarnie before heading along to the monotony of the Downs Link again. It absorbs time and my reserves of strength and ferments inertia, somehow it's all uphill and into a headwind this way as well. I plod on, have to sit down simply to break the tedium for a while and then struggle on again. With 15 miles to go my legs walk out on me to go find something more interesting to do and it's only homing-pigeon instinct that gets me back. That and thinking about picking up a pork-pie from the butchers, part motivation, part reward.

You know you're a cyclist when the butcher's is out of pork-pies and you start to cry.